Administrative professionals are indispensable in the public service – Minister Harmon 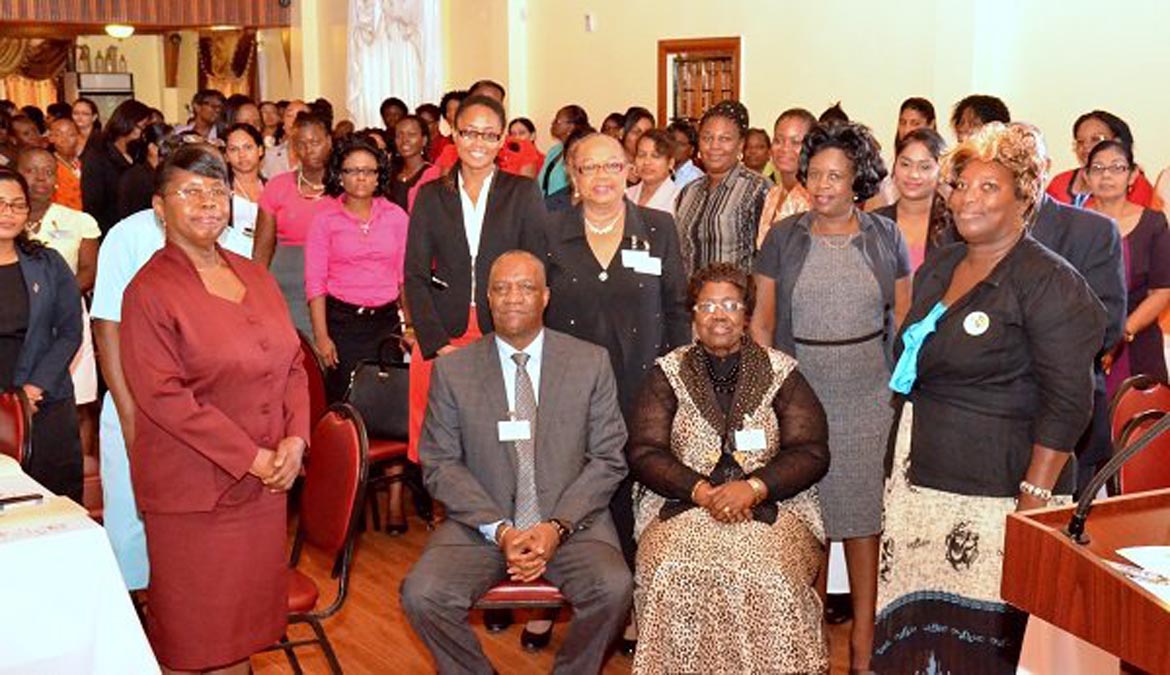 Georgetown, Guyana – (April 27, 2016) Minister of State, Mr. Joseph Harmon, today, underscored the value of the roles and responsibilities of administrative support staff, particularly in the public service. He was at the time delivering remarks at the opening of the 20th annual Administrative Professionals Workshop, which was held at the Impeccable Banquet Hall in Georgetown.

The event was organised by Zoywins Consultancy and Training, a company based in New York and owned by Guyanese, Ms. Mavis Benn, in observance of Administrative Professionals Day 2016.

Minister Harmon commended Zoywins for hosting the forum, which seeks to enhance the skills and competence of administrative professionals, whom he referred to as the ‘backbone’ of organisations and companies. He said that the benefits that participants will accrue from the training are far better than the material gifts that are traditionally given by employers on this day. He also noted that the knowledge that they will gain may even contribute to career advancement and increased earnings.

“Administrative support staff is an indispensable part of the delivery of public service… Many of you, if not all of you, are the first point of contact between your organisations and the public. You are the faces of the departments or agencies or companies in which you work,” Minister Harmon said.

Over the decades, the roles and responsibilities of administrative professionals have evolved significantly from merely filing papers, answering phones and scheduling meetings. The Minister pointed out that today’s administrative staff is required to be multi-skilled and diversely proficient.

He referred to a recently published vacancy advertisement, which listed a wide array of requirements for the position of administrative professional, some of which included: writing and oral communication skills, technical knowledge, financial expertise, being initiative-oriented and having the ability to multi-task.

Minister Harmon said that the Government is fully cognisant of the importance of the public service in the transformation of Guyana. He said that the need for reform of the public service was also recognised, since it was found that it lacked the required level of efficiency and there were disparities in the quality of services delivered in the hinterland and on the coast.

The Minister added that similarly, citizens’ ethnicity, religion or political persuasion should have no bearing on the level of public service they receive.

“I urge you, the participants, to make full use of this opportunity to improve yourself and to be agents of positive change within the country,” the Minister said.

Meanwhile, Zoywins Chief Executive Officer, Ms. Mavis Benn, who once served as the Mayor of Georgetown, said that the workshop is designed to allow participants, who were drawn from over 40 local agencies from Regions Two, Three, Four, Five, Six, Nine and Ten, to have fun while at the same time learning how to maximise their skills, to communicate with respect, remain calm when dealing with difficult situations or people and how to maintain healthy lifestyles.