President pleased with progress made at D’urban Park Development Project 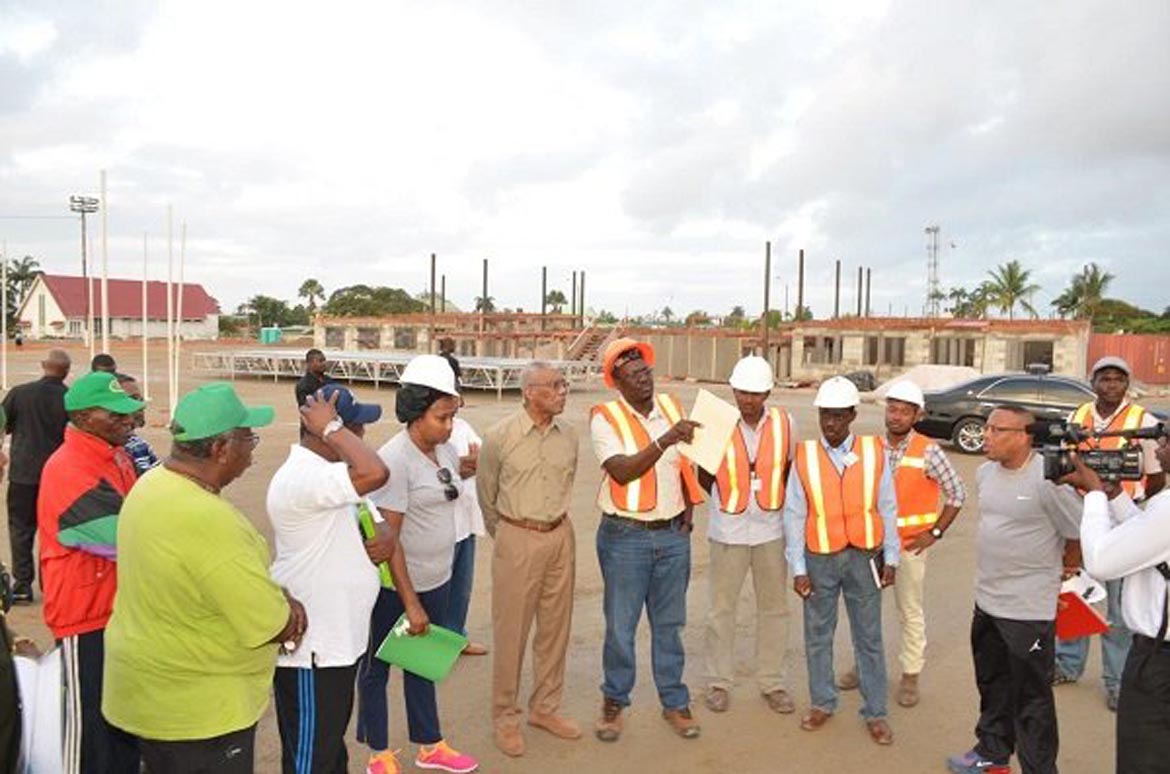 Georgetown, Guyana – (April 27, 2016) President David Granger has expressed his satisfaction with the progress of work at the D’urban Park Development Project, under the direction of the Ministry of Public Infrastructure.

President Granger, toured the facility, early this morning, even as the Public Infrastructure Ministry is implementing a double shift system to ensure that work is completed in time for the May 12 deadline. He emphasised that the safety of the Guyanese people is a top priority.

“Well the purpose of the visit is to find out exactly how much work has been achieved and how far it has gone. I am very satisfied. This is going to be the main area in the city of Georgetown for public events and as you know we have made a lot of headway during 2015 and the Ministry of Public Infrastructure is now continuing that work. We are looking at capacity to ensure that the maximum number of citizens, particularly from central Georgetown, could have access to this facility. We are looking at safety and we are also looking at the events, which could be viewed [here],” he said.

The President gave the assurance that the facility will be brought to acceptable international standards and will be a venue Guyanese can be proud of.

In the meantime, Mr. Geoffrey Vaughn, Chief Works Officer of the Ministry of Public Infrastructure, said that he was pleased that the Ministry has been able to stick to the work despite inclement weather.

“We are reinforcing the stands, as there were concerns of the strength. The VIP stand is moving ahead and we are still hoping to wrap up everything in the 21 days as stated. Everyone is working and we are working to meet May 12 deadline,” he said.

Chief Works Officer of the Ministry of Public Infrastructure, Mr. Geoffrey Vaughn updating the President on the work done so far.

President Granger had mandated the Ministry of Public Infrastructure to take over the project, which was initially advanced under a public-private partnership model, since it has the capacity, expertise and resources to ensure that it is ready for the hosting of the golden jubilee anniversary celebrations.