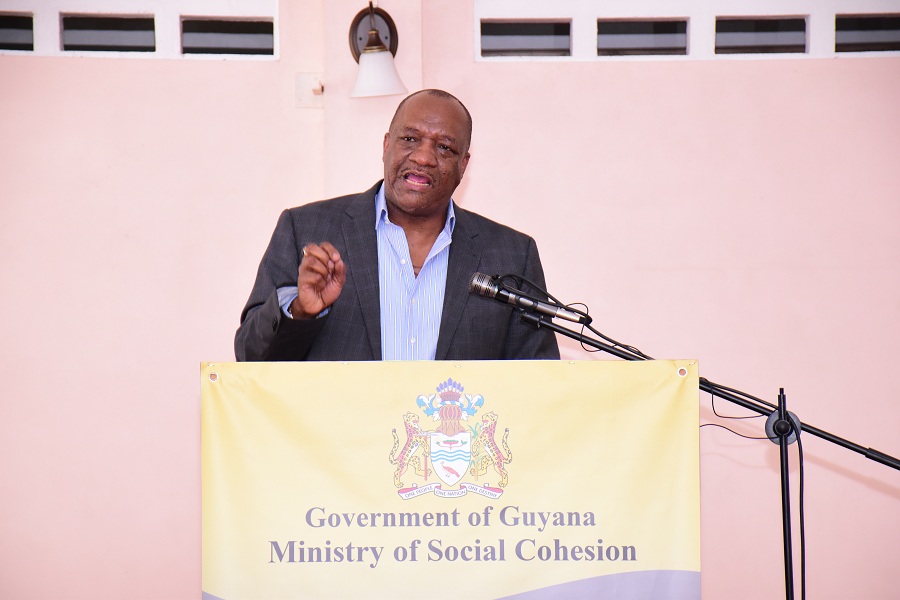 Mrs. Granger heaped praised on the Ramsaroops’ who have ably filled the vacuum left following the death of their father Mr. Harry Saran Ramsaroop in 2013, who himself had taken up the mantle of leadership after his father, founder of the Dharm Shala, Pandit Ramsaroop Maraj died in 1950.

“This family has served and cared for those in need for nearly one century, and it continues to serve. That dedication is all the more remarkable in an age where so much store is being put in material things, where success is rated by material possessions and social position,” Mrs. Granger said The First Lady added, “We must commend Kella and Pamela for keeping faith with their grandfather’s and father’s dreams and for devoting themselves to the Dharm Shala.”

First Lady, Mrs. Sandra Granger commends Ms. Kella and Ms. Pamela Ramsaroop for carrying on their grandfather’s and father’s legacy of a life of service to the poor.

In giving a brief history of the genesis of the Dharm Shala, Ms. Pamela Ramsaroop said her grandfather, Pandit Maraj, travelled widely across Guyana and was moved by the plight of the needy. She said that before he founded the Dharm Shala with assistance from the Hindu Religious Society, he started out by giving alms, introduced indigent persons to religion and started a soup kitchen with assistance from businessmen and residents in the Albouystown area.

“A devout practicing Hindu”, who also appreciated the teachings of Christianity, Ms. Kella Ramsaroop said her grandfather’s compassion and commitment to the poor knew no bounds. In 1941, twenty years after he established the Albouystown facility, the Dharm Shala extended its services to Berbice, where it established a building of similar capacity and erected a temple and a church to serve its residents and the wider community. After her grandfather’s passing, her father then dedicated 29 years of his life in service to the poor. Today, Ms. Kella Ramsaroop serves as the Dharm Shala’s Managing Director and works alongside her sister to operate the home.

Meanwhile, Mr. Nicholas Boyer, of National Hardware Limited, remarked that the warmth, which pervades the Dharm Shala is a testimony to Pandit Ramsaroop and the values that he passed down to his son and granddaughters. He commended the family’s life of service to the poor, noting that it has inspired his family and has been the impetus, which motivated his and other families and donors’ involvement in the charity.

“When you come here to serve, whether you donate monetarily or by time, that you become part of this family and I encourage everyone here today, who is already part of the family, to continue to give and to be supportive of the work,” Mr. Boyer said.

Mr. Ron Robinson, who served as the Master of Ceremonies extended gratitude to Mr. Winston Humphrey of Humphrey’s Bakery for providing the “daily bread” for the home, Mrs. Kissoon of the WaterChris hotel, who has been providing the Christmas luncheon for the past 40 years, the children of the American School, who provide the Christmas presents for residents and are responsible for all the festive decorations, Pastor Erskine and the staff of the Berbice Dharm Shala and Mrs. Rensford Rodney and Ms. Shelly Phillips for their service. 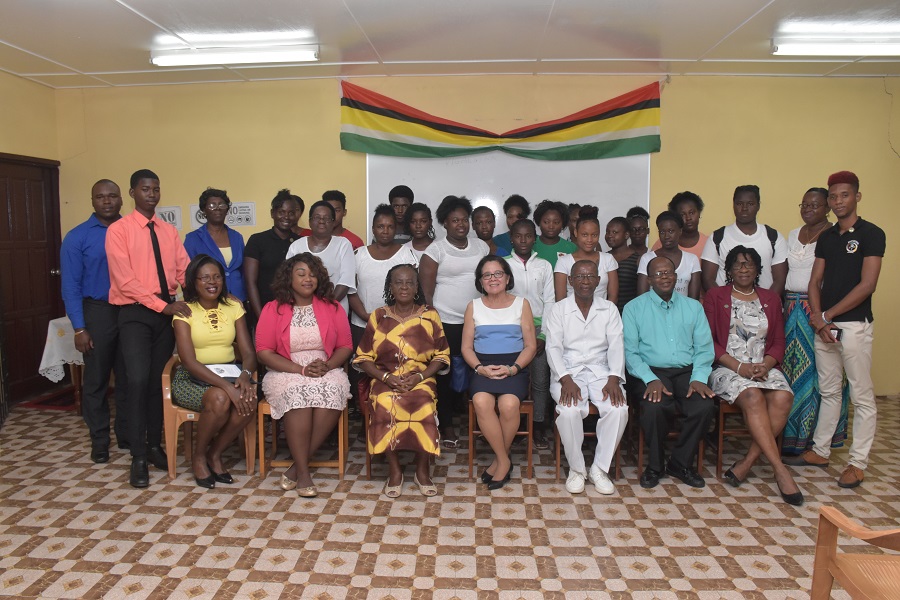 A section of the audience at the 95th anniversary celebrations of the Dharm Shala: Mr. Yesu Persaud, former Chairman of Demerara Distillers Limited and Dr. Manorma Soeknandan, Deputy Secretary-General of the CARICOM Secretariat, are pictured in the foreground.

On arrival at the Dharm Shala Complex’s King Edward Street location, guests were greeted by the sound of steel pan music played by Ras Camo Williams and a Powerpoint presentation of the work of the late Pandit Ramsaroop and his son Mr. Harry Ramsaroop.

The celebration opened with prayers recited by the Right Reverend Father Charles Davidson, Bishop of the Anglican Diocese of Guyana and Head of the Roman Catholic Diocese of Georgetown, Bishop Francis Alleyne, OSB, who prefaced his prayers with a reading taken from Mark 9:33 from the Holy Bible. Before the close of the formal celebrations, Pandit Kampta Persaud and Father Thurston Riehl of the Anglican Diocese of Guyana also recited prayers. This was soon followed by an exhibition featuring brass and wooden items that the Dharm Shala has preserved; some pieces are as much as 100 years old.