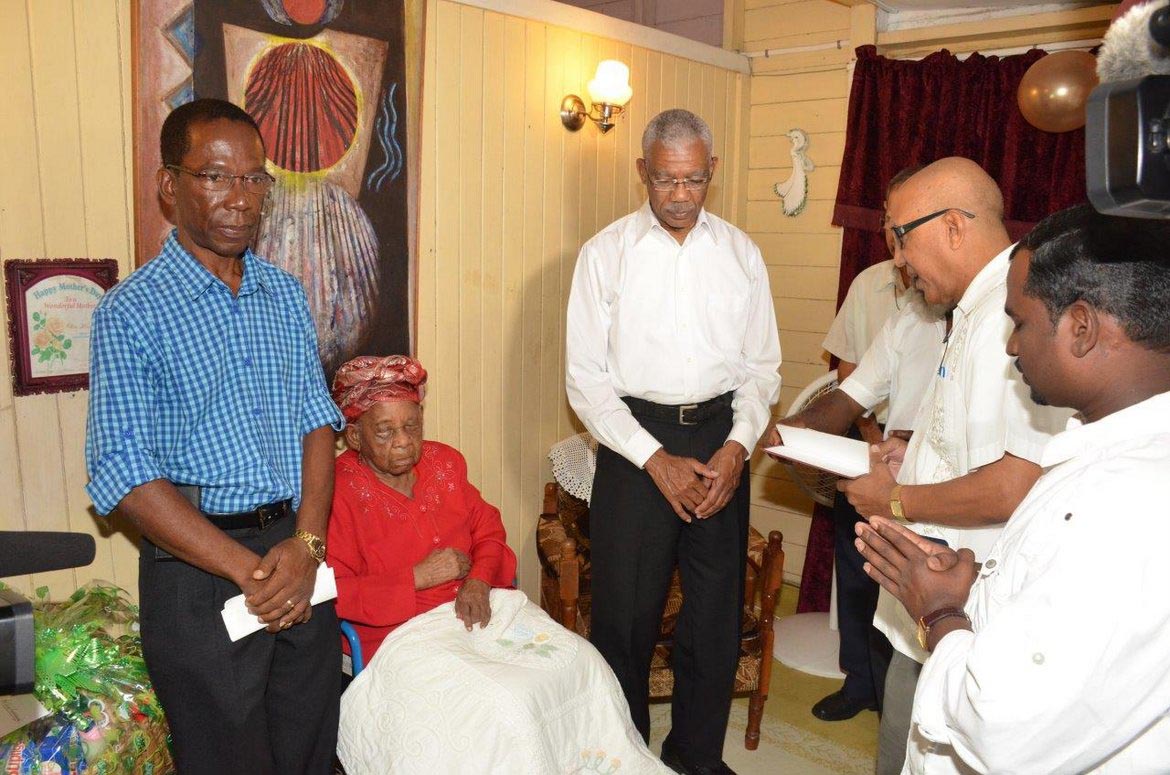 Georgetown, Guyana – (April 21, 2016) President David Granger, this morning, visited the home of Mrs. Olive Blackmore, who will reach the mile stone of 105 years old next month, in Cummings Street, Georgetown. She was born on May 23, 1911 in Charlestown and is the mother of 10 children, eight of whom are alive.

Since the Head of State has a packed schedule for May, the month of Guyana’s Golden Jubilee celebrations, and may not be able visit her on her birthday, he visited the centenarian today, even as he prepares to travel to New York to participate in the Paris Climate Agreement Signing Ceremony.

President David Granger with Mrs. Olive Blackmore as her relatives and members of her church say a prayer

“It’s good to be here on behalf of the Government of Guyana to honour a citizen, who was born when people didn’t even have watches or radios or cell phones… there are so many similarities between her and my own mother, who also lived in Charlestown. Had my mother been alive today she would have been 111 [years old]. I hope that Mrs. Blackmore can live comfortably for the rest of her days and that her health would hold up,” the President said.

Meanwhile, her son Mr. Mervin Blackmore, who works at the Ministry of the Presidency, said that like the President, his mother too is a strong advocate for national unity. She is also a devout Catholic, who still recites the holy rosary every morning and reads the daily newspapers.