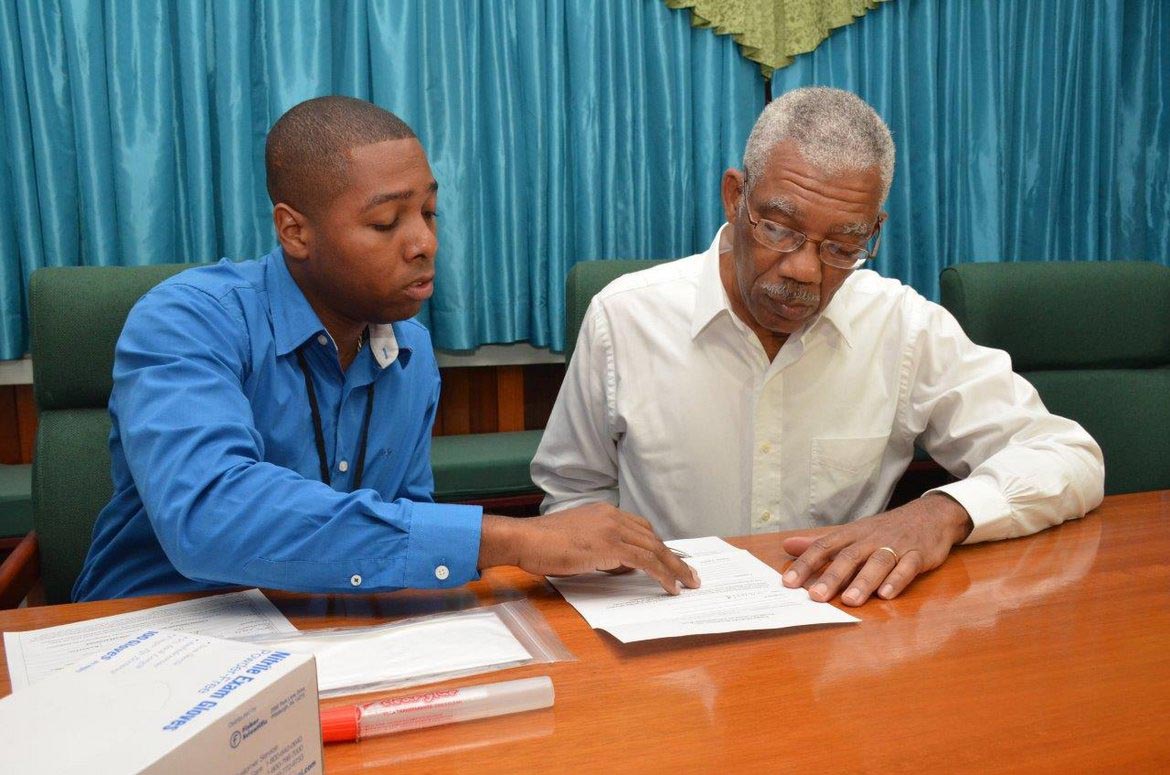 Georgetown, Guyana – (April 18, 2016) President David Granger was among the first to have samples taken for the conduct of an Ancestry Deoxyribose Nucleic Acid (DNA) test in Guyana. The test is being launched for the first time in this country by Eureka Medical Laboratory and Mr. Shawn Manbodh, Quality Manager and Medical Technologist visited State House to take the President’s sample as part of their launching activities.

Mr. Shawn Manbodh, Quality Manager and Medical Technologist explains to President David Granger what information will be garnered from the results of the Ancestry DNA test.

These percentages are not always obvious as Mr. Manbodh explained that someone’s physical characteristics might reflect an ethnicity that accounts for 40 percent of a person’s genetic make-up but other parts of a person’s lineage may be dominant in ways that are not externally obvious.

While Ancestry DNA not often considered a necessity but more to satisfy a person’s desire to understand where they came from, Mr. Manbodh said that this type of test can become very important when trying to diagnose illnesses. For example, if someone were to present symptoms of an illness that is uncommon among members of their perceived race, it would be useful for a doctor to know what other ethnicity or race makes up their ancestry in order to help with diagnoses.

“Knowing exactly where you came from to know what kind of disease you have; maybe it might be some kind of unknown disease but when you trace back your roots, you will be able to trace it and know exactly where it came from,” Mr. Manbodh said.

This test also allows not only for people to understand what percentage of a race or ethnicity they might have but where their ancestors would have originated from. Results for this test and usually ready within 30 days and the sample is removed by swabbing the inner cheeks of the client.