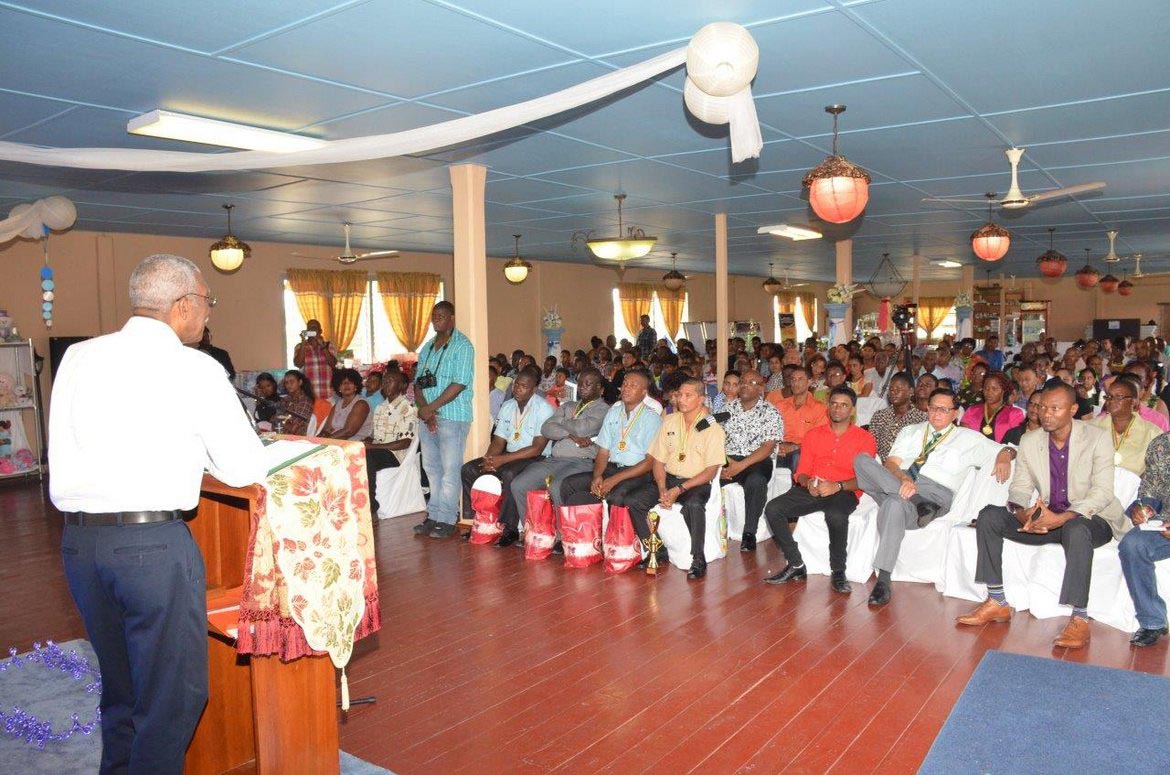 Georgetown, Guyana – (April 18, 2016) The Rose Hall Town Youth and Sports Club (RHTY&SC) has come in for high praise from its patron, President David Granger, who reiterated his call for it to be replicated in the other administrative regions. The President made these remarks, yesterday, at the Club’s 26th annual award and prize-giving ceremony, where a number of cricketers, teachers, police officers and corporate sponsors were recognised for their contributions over the past year.

The President particularly commended the Club’s President, Mr. Keith Foster, Chief Executive Officer, Mr. Hilbert Foster and other executive members for the significant achievements it has recorded over the past two decades. He recalled that there was a time when clubs and even various sporting disciplines were exclusive and somewhat exclusionary in the sense that persons from certain origins could not be a part of them.

“Fortunately over the last 40 or 50 years, these walls of division have been broken down and this is what I believe is part of the RHTY&SC; it is helping to break down walls, which prevented people, because of their origins, from participating in some sports… Coming out of a colonial setting, in which sport was regarded as the exclusive preserve of some people, what we see now [is] a sort of democratisation,” President Granger said.

Referencing the Local Government Elections held on March 18, the President expressed hope that the new municipalities will be the means through which other regions could do what the RHTY&SC is doing.

“I see this ceremony today as a means of making Guyana more culturally inclusive and I hope that [as] of March, we will be able to replicate this model in all of the regions,” he said.

The Head of State then challenged the Club to take its sport ambassadors into the various regions, particularly the hinterland, to intermingle with youths in those areas. He also spoke of his vision for East Berbice-Corentyne, which he referred to as a “frontier region” in the future development of Guyana.

During the ceremony, the Club inducted a number of officials as honorary members, including Minister of Social Cohesion, Ms. Amna Ally, who attended the event.

The Club was established in 1990. The services it has provided for youths, the elderly and less fortunate has resulted in it receiving numerous prestigious awards from the Commonwealth, the International Olympics Committee and various local organisations. In February, President Granger presented the Club with the National Award, the Medal of Service.

Mr. Hilbert Foster explained that every year, the RHTY&SC undertakes over 300 programmes that seeks to enhance the lives of residents of the region, particularly youths, through the patronage and sponsorship of several private sector companies including: Gizmos and Gadgets, Demerara Distillers Limited, Ansa McAl, Bakewell, Metro Office Supplies, Farfan and Mendes, Busta, Sentinel Security, Scotiabank, Assuria Insurance, Beharry Group of Companies, Western Union and National Milling Company of Guyana Incorporated (Namilco), among others. 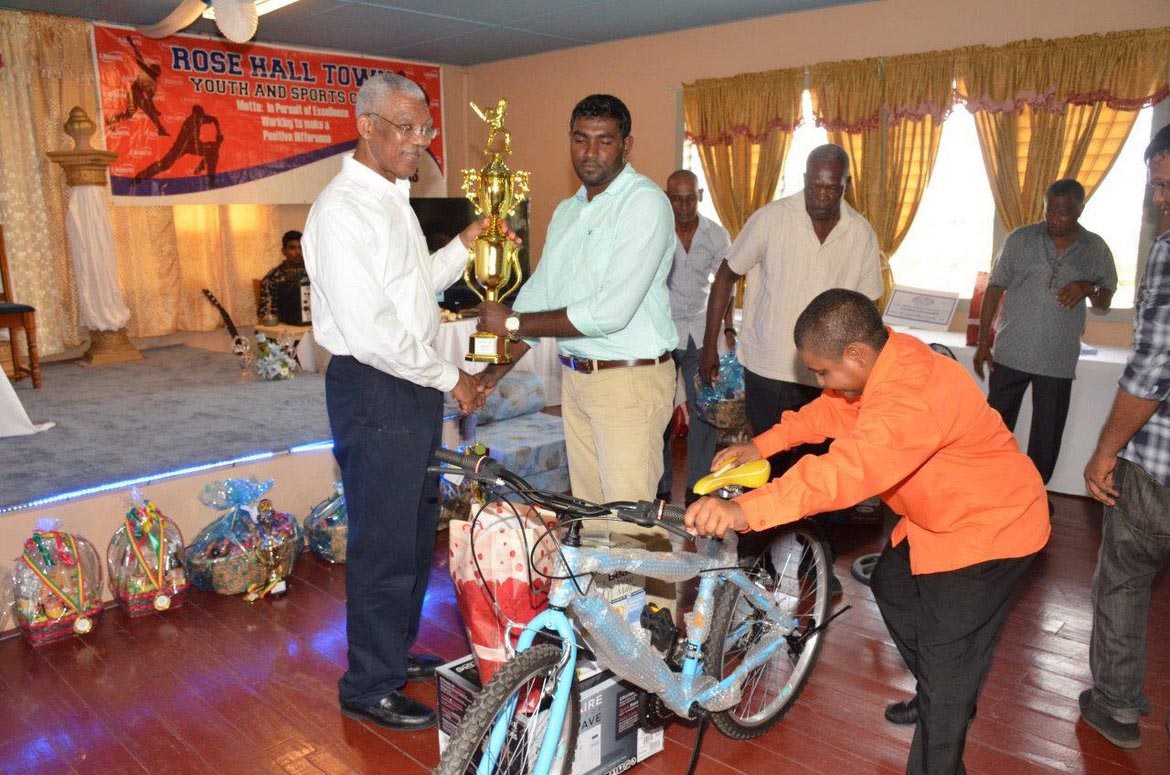 President David Granger presents Mr. Khemraj Mahadeo, who was named ‘Cricketer of the Year’ by the Club, with his trophy and prizes.