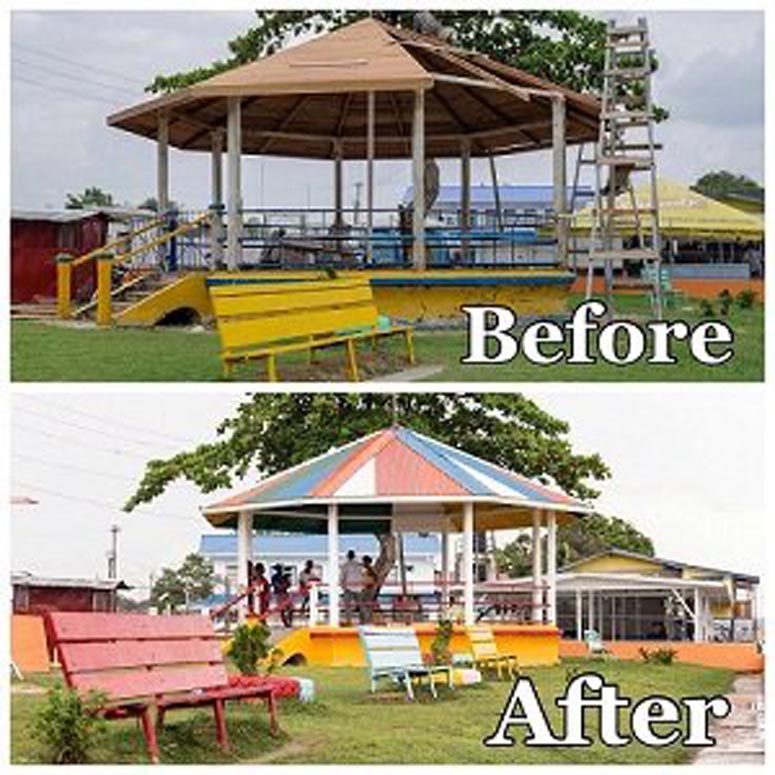 Georgetown, Guyana – (April 12, 2016) On April 23, 2016, the budding community of Bartica will officially be declared a town, as the government fulfils a 179 year Ordinance made by the then British Government. The Ordinance was made on April 23, 1837, as such; this is set to be an immensely historic occasion. With its first Mayor, Deputy Mayor and Town Council, its highly anticipated status of township and unsurprisingly renewed political will, Bartica is set to be modelled as a town to be emulated by all others.

Under the guidance of President Granger, the town will be transformed to reflect a “green, clean and pristine” municipality. This welcomed transformation will go hand in hand with the administrative and other changes occurring there.

Bartica will be the capital centre of the Cuyuni-Mazaruni region, and its development will be driven through green, sustainable and environmentally friendly initiatives. This is the vision of President David Granger; a vision that he intends to be implemented in all the towns across Guyana, with Bartica as the flagship of this new development thrust.

Going green involves the reduction and the subsequent discontinuation of use of fossil fuels and the adoption of clean renewable energy sources such as wind, solar and hydropower. It also entails a comprehensive solid waste disposal system, minimising the use of Styrofoam and plastics, planting of trees and mangroves, clean potable water sources, among other initiatives. Most of all, however, focus must be placed on implementing a change in the culture of the residents, which will bring about a renewed sense of responsibility for maintaining a clean environment. 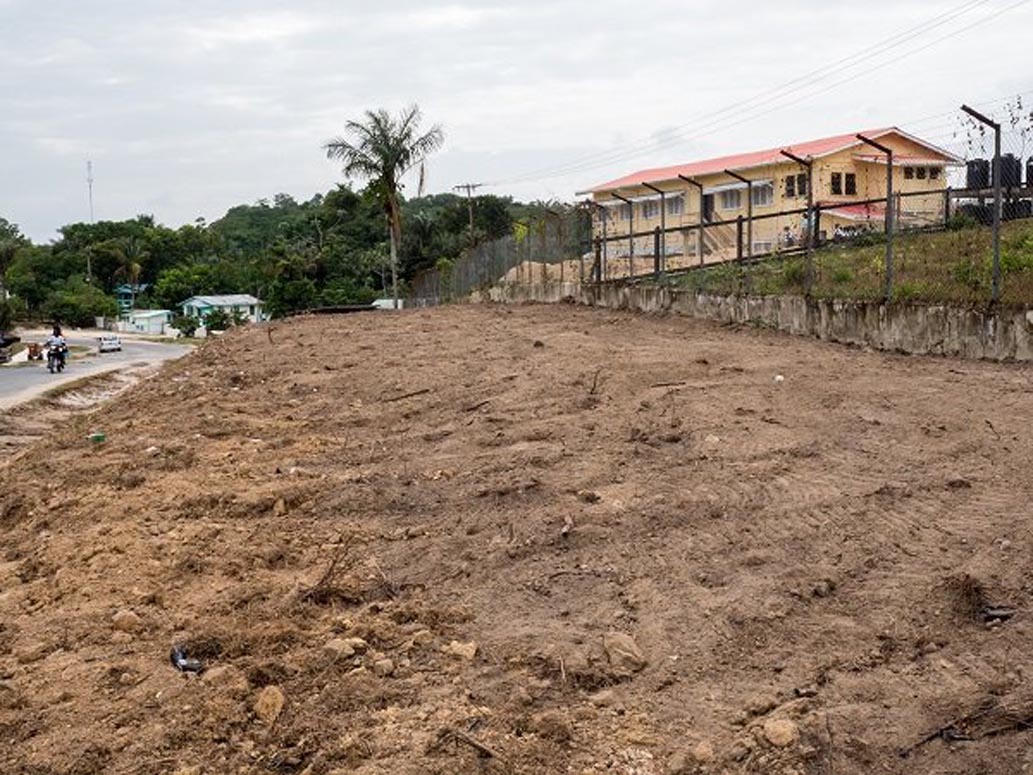 Newly appointed Mayor, Mr. Gifford Marshall, work targeted at giving Bartica its needed face-lift began last year under the Interim Management Committee (IMC) which he headed prior to the Local Government Elections (LGE). Parapets and drains were cleaned and monuments and parks were restored with the assistance of corporate citizens including the management of the Guyana Bank of Trade and Industry (GBTI).

Among the major challenges in the overall cleanliness of the small town and the region as a whole is waste disposal. Mr. Marshall admits that some residents in Bartica are very delinquent in the way they dispose of their garbage. He said that systems can and will be implemented, but they will prove ineffective if residents refuse to change their mind sets.

“We have to get individuals to understand that they cannot continue to dispose their garbage on the parapets and burn it right there. They need to understand that they cannot take your garbage into the alleyways and leave it there. We need a mind-set change and we have a campaign to launch against it, but it remains a major crisis to us,” the Mayor said.

He noted too that persons who ply their trade rearing cattle and other animals need to understand that the old practice of leaving their dead animals on the sides of the roadways or in streets to be removed at the expanse of the Council will no longer be tolerated. 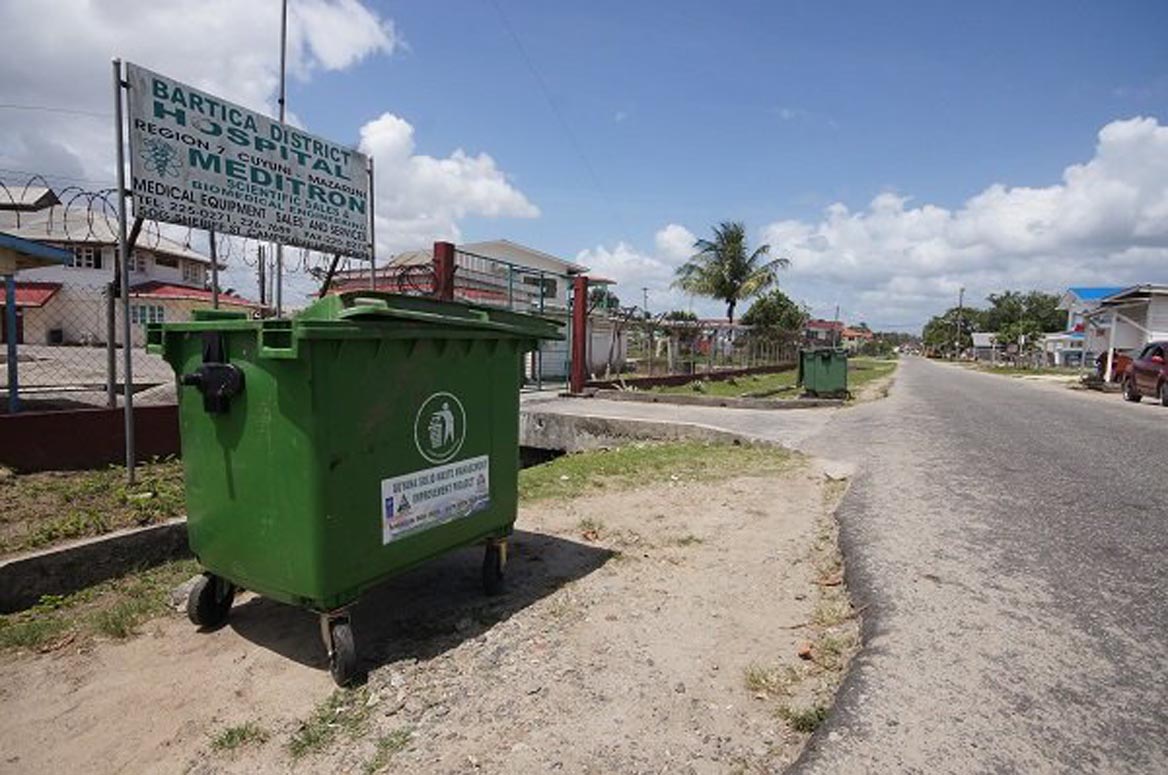 As part of the thrust for a cleaner, greener Bartica, the town has received a compactor truck, two excavators and a number of garbage bins from the Government to aid the efforts of the Town Council. Additionally, residents are provided with garbage bins free of cost, all in an effort to curb the garbage problem and beautify the environment.

The Council is currently working with the Government, the Environmental Protection Agency (EPA) and the regional authorities to identify an appropriate area for a waste disposal site, but this too is a challenge, since Bartica is essentially surrounded by water and has several streams and hills. Nevertheless, once a proper dump site is established and a scheduled garbage collection system is developed, residents can expect even more noticeable changes in Bartica and its environs. 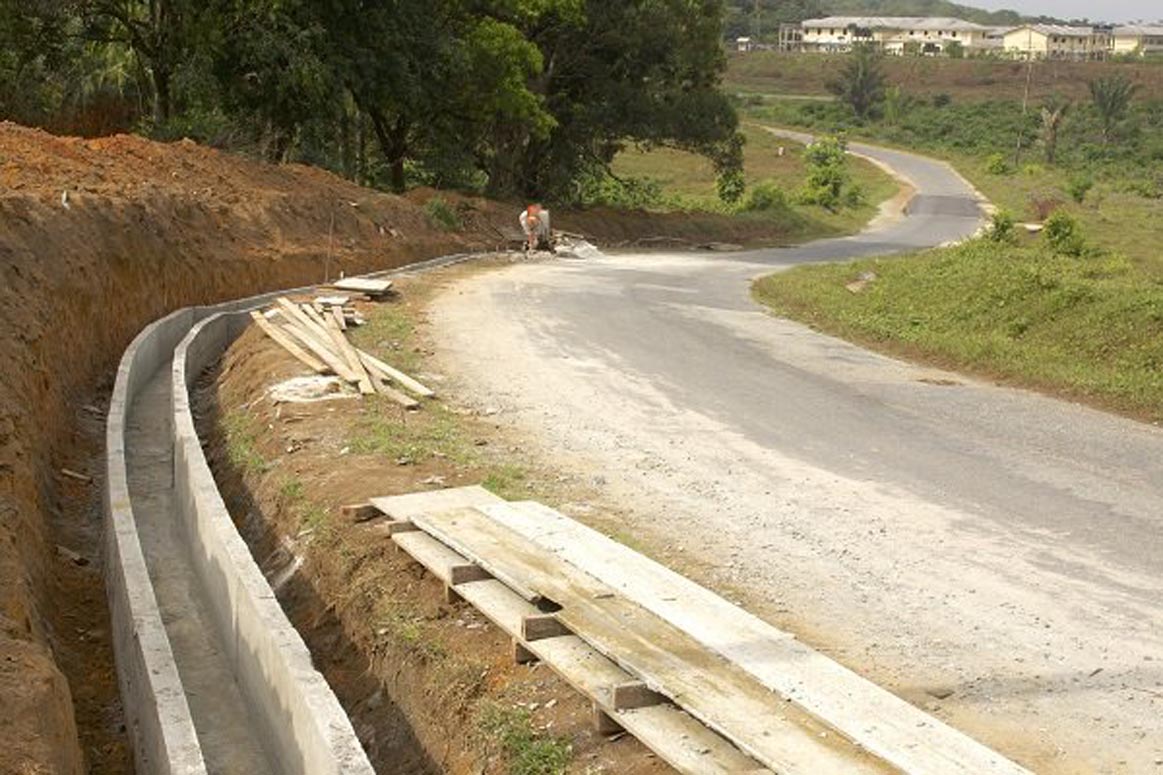 New drains being constructed along the roadways

The new Mayor said that during the initial township phase, the Council will be lenient and choose suitable means of education and awareness of proper garbage disposal practices. In due course however, More serious steps will be taken to ensure that the town is one whose cleanliness is maintained and is worthy of being emulated.

“Laws will need to be enforced. Bartica is a small place and it is interesting so see sometimes what sections of the business community do with their garbage…Why would you live in Bartica and think that you can wash a front-end loader on Third Avenue Beach? People swim there,” Mr. Gifford said. “That is our prime regatta hot spot. Why would you take your personal garbage as a businessman and go to a section of First Avenue and dispose of it there? So there will come a time when we will have to start charging some of these people.”

In terms of sustainability, he said that the new Council intends to adopt a proactive approach to its work, whereby unclogging of drains, cleaning of parapets and open spaces, renovation of facilities and the general beautification of the community will be done on a continuous basis, rather than allow the complete deterioration and overgrowth of bushes before commencing work.

But the Mayor is of the view that it is a change in the attitudes of the people which holds the key to maintaining the beauty of the new town. “Once citizens understand their responsibility in keeping the environment clean and practice proper waste disposal, we will be on the right course and we will have about 60 percent of our work cut out,” he said.

Additionally, the Council will embark on a major infrastructural overhaul to ensure that its road networks, municipal market, bridges, airport and other public facilities are of a standard that is beneficial to Guyana’s first “Green, clean and pristine” town.