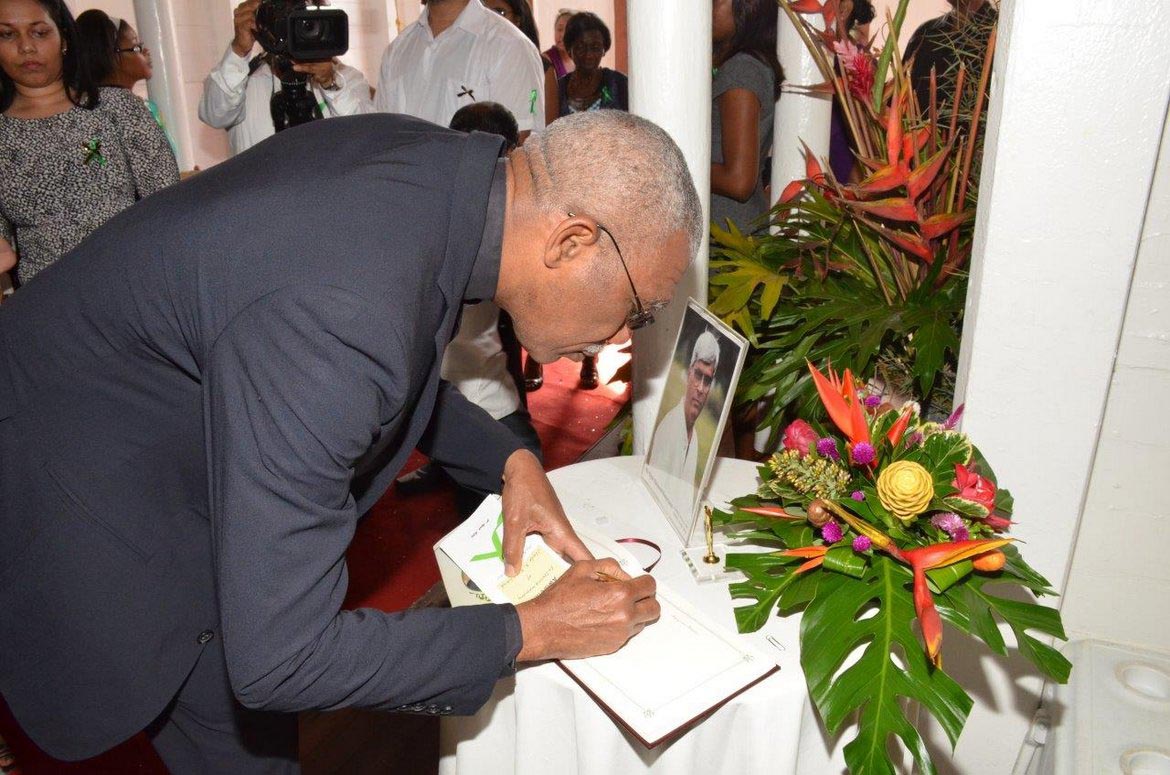 Mr. Roopchand served for many years in the State Planning Secretariat and the Ministry of Finance and was awarded the Cacique’s Crown of Honour (CCH) in 2011 for his service to Guyana.

President Granger signs the Book of Condolences for the late Mr. Clyde Roopchand CCH, at his funeral service, held this afternoon in Buxton.

He was remembered for his unquestionable commitment to national development and his selfless service to the Guyanese people, especially to the community of Buxton.

Speaker of the National Assembly, Dr. Barton Scotland and other government and opposition members also attended the funeral service.

President Granger calls for greater security cooperation in the Region