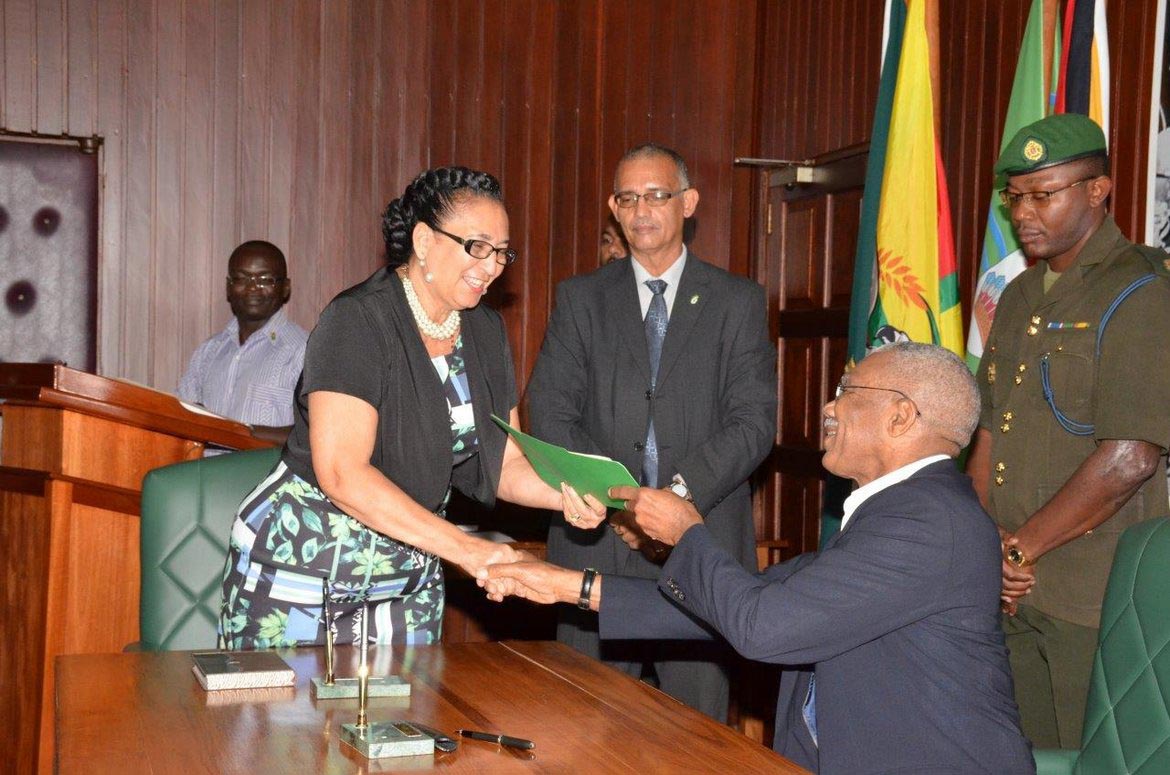 Georgetown, Guyana – (April 6, 2016) President David Granger, today, charged the newly sworn-in Mayors and Deputy Mayors, who were elected at the March 18 Local Government Elections (LGEs) to put aside politics and personal vendettas and work to develop their communities, towns, regions and the country as a whole.

The President delivered this charge at the swearing in ceremony, which was held at the Ministry of the Presidency. He declared it a “happy” day, stating that Guyana has begun to move forward.

“Today is not a day for the past. It’s a day for the future. Today we celebrate the victory of our democracy over dictatorship. Today we celebrate the return of the right of the people of every community to elect the person they want to represent them and to direct the affairs of their municipalities and neighbourhoods. Let us never step backwards. Let us continue to move forward,” President Granger said.

Mayor of Georgetown, Her Worship, Ms. Patricia Chase-Green receives her Instrument of Appointment from President David Granger at the simple induction ceremony, which was held today at the Ministry of the Presidency.

The President further noted that he expects the newly inducted officer bearers to uphold the Oath of Office and to serve without fear or favour and in the best interests of those whom they have been elected to serve.

“When I see you; when I swear you in, I don’t see PPP, I don’t see APNU, I don’t see Independents. I see citizens, who are committed to developing these towns and this country… We at the local, regional and central levels, have to work together to develop our country. We are not enemies. We are not fighting each other. You all have sworn an oath to administer your municipalities without fear of favour. You have nothing to fear from central government and at the same time, you must be fearless in the execution of your duties and you must not show favouritism to people of one family or one ethnicity or one social group,” the President said. 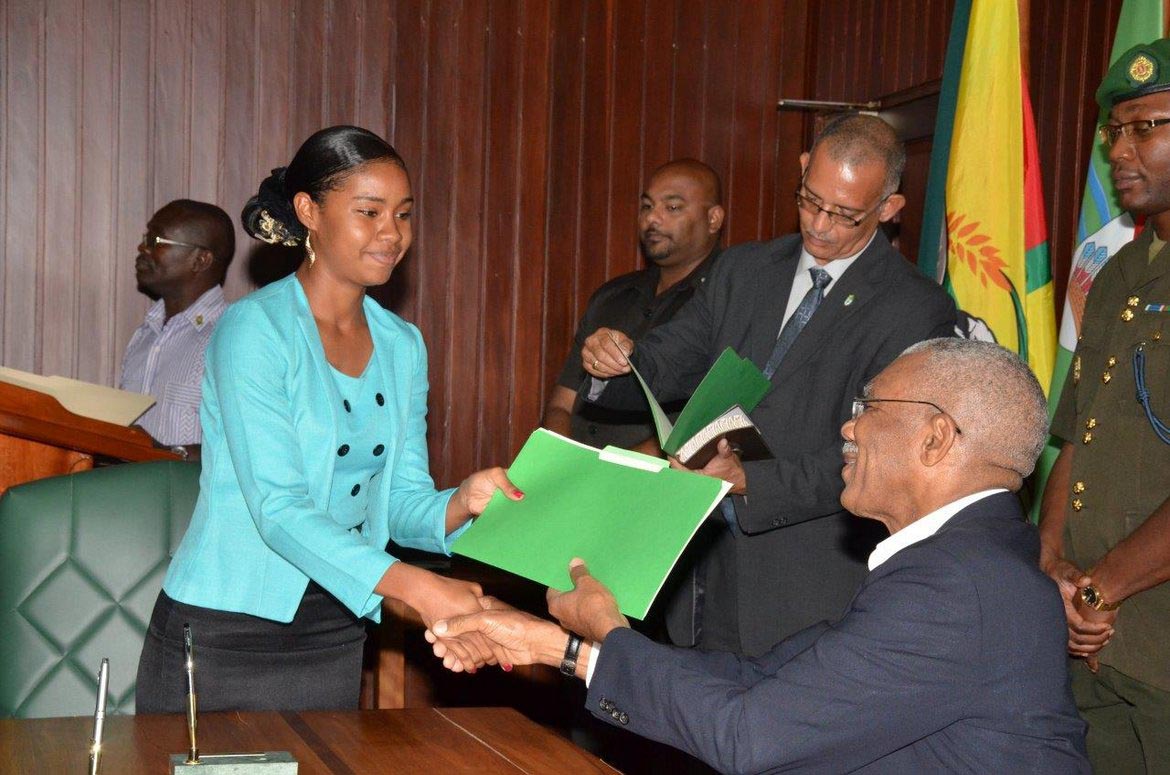 The Head of State noted that he was pleased to be able to swear in Mayors and Deputy Mayors for the three new towns- Mabaruma, Bartica and Lethem, noting that it has been long overdue.

“I am happy that we are introducing the Mayors and Deputy Mayors of three new towns… We struggled for this because we believed that these huge regions can only be developed if they are driven by the engines of small towns. The Barima-Waini Region will now have a capital town of Mabaruma. That region is four times the size of Trinidad and Tobago. There is work to do; banks to be built, lights to be provided, roads to be fixed,” the President said.

With regards to Bartica, Cuyuni-Mazaruni, he noted that this region is larger than The Netherlands and as such its potential must be developed so that the residents can all benefit from a good life. 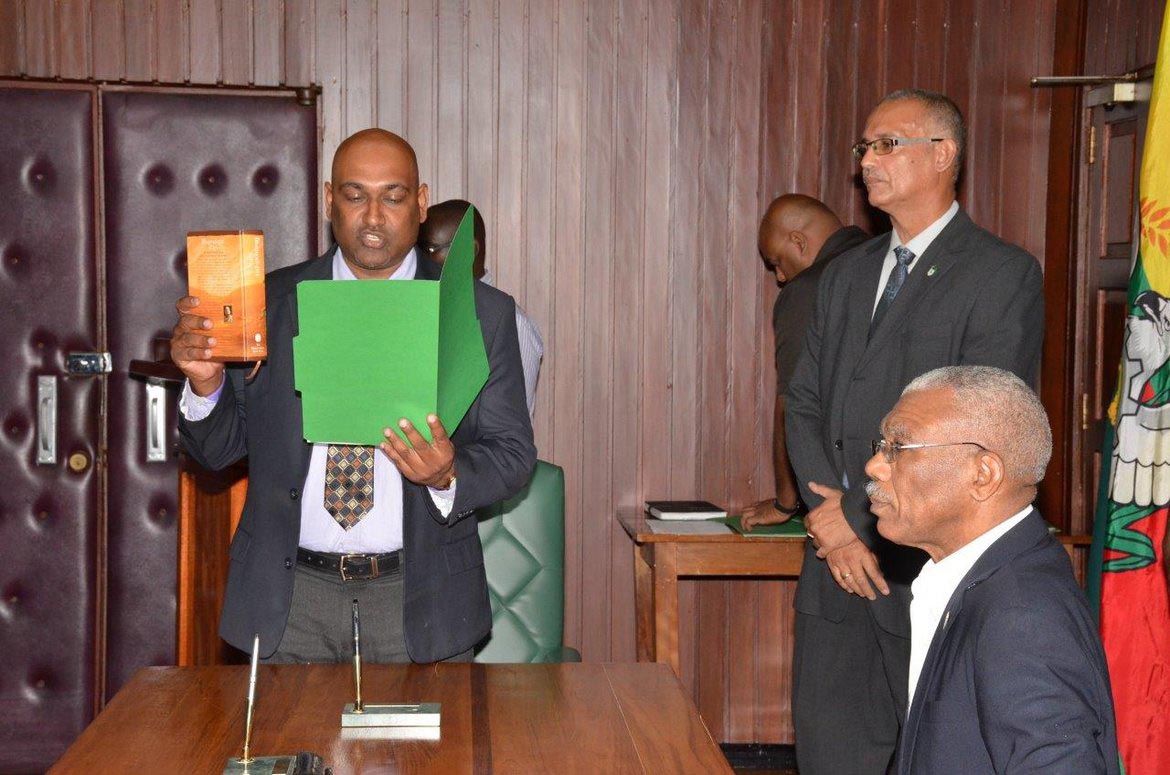 Newly sworn in Mayor of Corriverton, Mr. Ganesh Gangadin makes his Oath of Office before President David Granger, today at the Ministry of the Presidency.

Noting that there are three tiers of Government – the local, regional and central – President Granger told the new leaders that their ascension to office means that they must represent the grassroots and their interests and ensure that a good relationship and collaboration is fostered between the regional and central levels to ensure that the life of every citizen is enhanced.

“There are three levels of government in our country and you all are the grassroots… We have work to do. We have a future to build and Guyana looks to you, the Mayors and Deputy Mayors, the Councillors, to provide for the economic development of the municipalities and I expect that these municipalities would also become demographic centres. These towns will be the magnet for jobs and economic development… They must have a proliferation of public services. That is education, health, water supply, functional banks, places of culture, music and arts, museum and parks,” he said.

Meanwhile, Deputy Mayor of Corriverton, Mr. Krishnand Jaichand, in an invited comment, said that he and his Council are ready to develop the town into an economic hub and plan to place special emphasis on solid waste management, since this has a direct impact on investment and business opportunities. 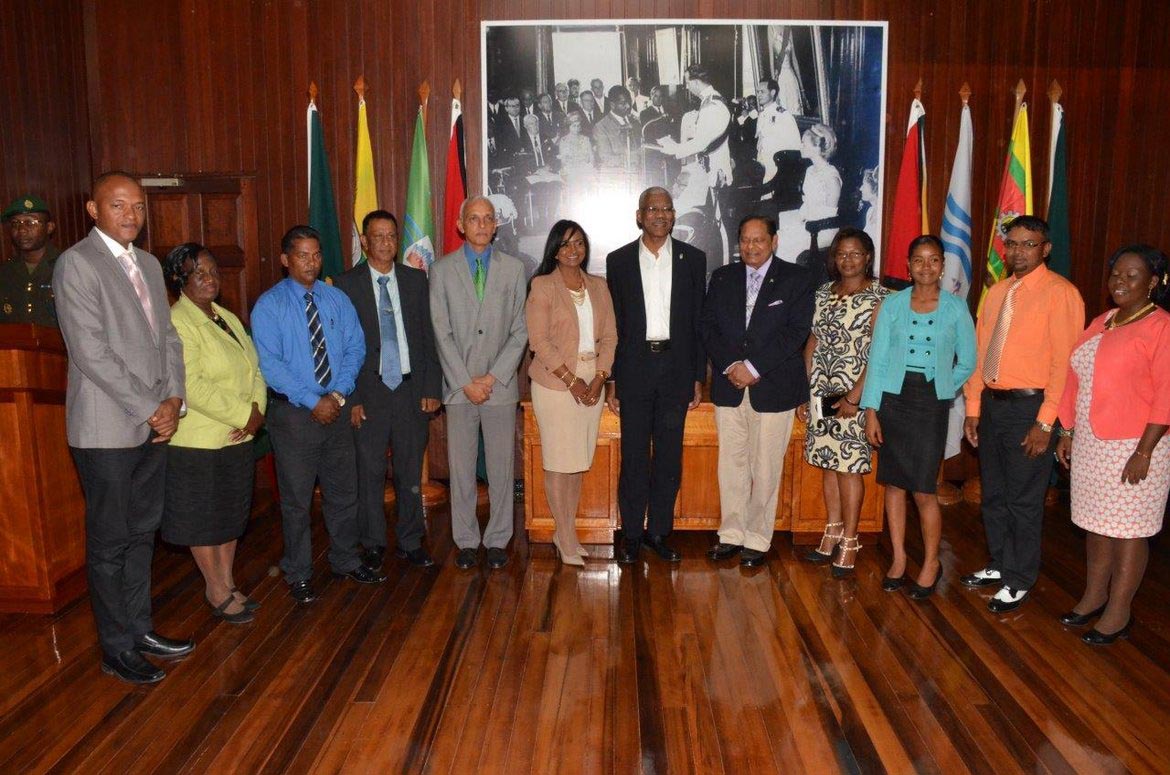 Mr. Carwyn Holland, the new Mayor of Linden, envisions the new task of running a town to be arduous, but he has his vision set on accomplishing his set goals.

In addition, 18-year-old Ms. Maxine Ann Welch, who will serve as the Deputy Mayor of Lethem, has her sights set on youth development. She intends to ensure that youths are included in any decision that is taken for the development of the region.

“I believe that the youths in my area definitely need motivation and we need to get programmes initiated so that they can meaningfully occupy their time. They need a technical institute so that they can improve their education,” she said.