Georgetown, Guyana – (March 22, 2016) First Lady, Mrs. Sandra Granger, today, encouraged the delegates vying for the Miss Bartica Regatta 2016 crown to be true ambassadors of their community, when she met with them at her State House office.

Mrs. Granger commended the young women for being confident enough to participate in the contest and encouraged them to serve Bartica well.

“The pageant will show that Bartica doesn’t only have beauty but it has other assets and I would like to see the delegates developing their talents to the best of their abilities,” she said.

Secretary of the Bartica Regatta Committee, Ms. Elizabeth Moonsammy presents a few copies of Bartica Regatta Easter Festival magazine to First Lady, Mrs. Sandra Granger, during a meeting at her State House office. Some of the contestants in the Miss Bartica Regatta Pageant are in the background.

The First Lady further said that she has been to several Bartica Regatta Pageants and it has always been an entertaining and a happy occasion for Barticians and those who travel to the community for the event. Mrs. Granger said that she was pleased to accept the organisers’ invitation to be patron of this year’s pageant, which is being held under the theme “Showcasing the present; remembering the past”.

Meanwhile, Pageant Co-ordinator, Ms. Fredericks said the delegates were heartened by the First Lady’s pep talk. “They have been training for the contest for the past three months; honing their modelling and other skills and developing their platforms, which include child abuse, diabetes awareness, the importance of education, suicide awareness and making the community eco-friendly.

During her reign, the Regatta Queen will be expected to collaborate with the First Lady to provide voluntary service to a charity or cause which she supports”, Ms. Fredericks said. 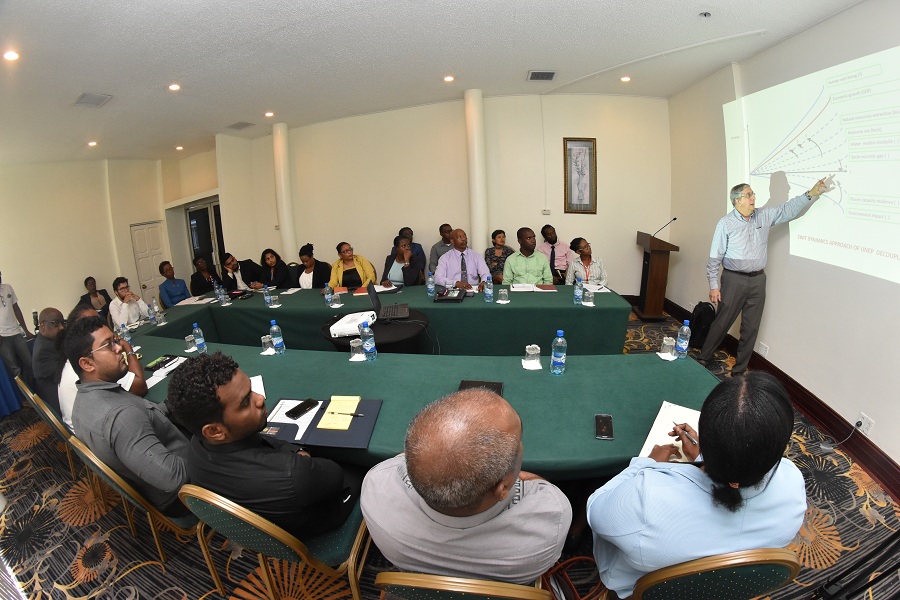 Some of the delegates in the Miss Bartica Regatta Pageant were eager to get close to First Lady, Mrs. Sandra Granger after this morning’s meeting.

The pageant will be held on Sunday March 27 at the Bartica Community Centre.