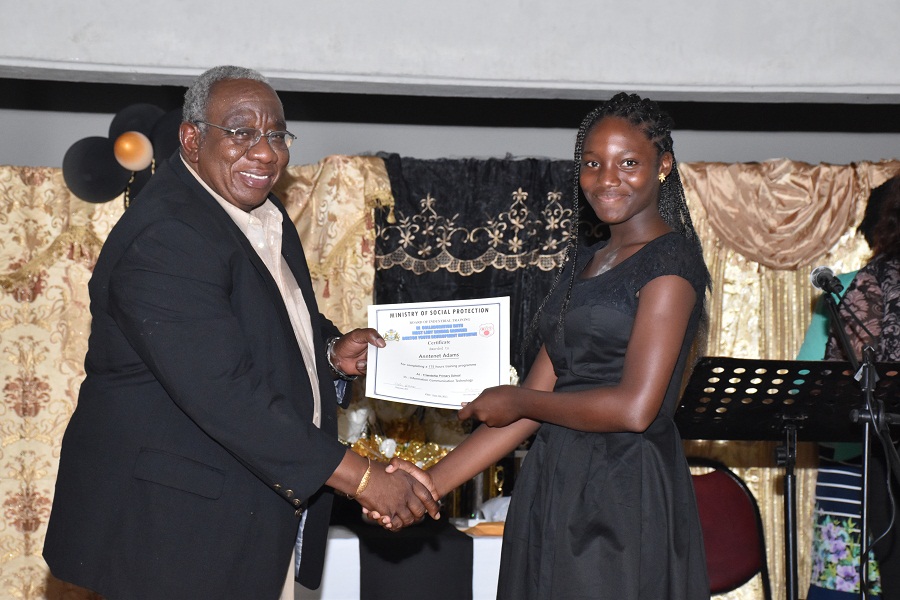 The canteen was built and furnished by Dr. Suresh Narine, co-Chairman of CGX Energy Incorporated, who is also a past student of the school.

Minister Ally, in brief comments, said that the canteen has been built to provide comfort, not just to the students, but the vendors and other stakeholders as well. She also encouraged the students, parents and teachers to use the facility to interact and strengthen friendships and build new relationships, all leading to a more cohesive environment. She urged them to take care of the facility.

Some of the students who will now benefit from the new canteen.

Meanwhile, Dr. Narine said that the canteen is just one of the many initiatives that the company has undertaken through its corporate social responsibility programme. Already, CGX Energy Incorporated has donated a computer lab and a reading room to the school.

Ms. Anola Braithwaite, Head of the Parents and Teachers’ Association (PTA) expressed thanks for the building, noting that it will go a long way in bringing some comfort and order for the students and vendors alike.