Local Government Elections are about returning power to the people 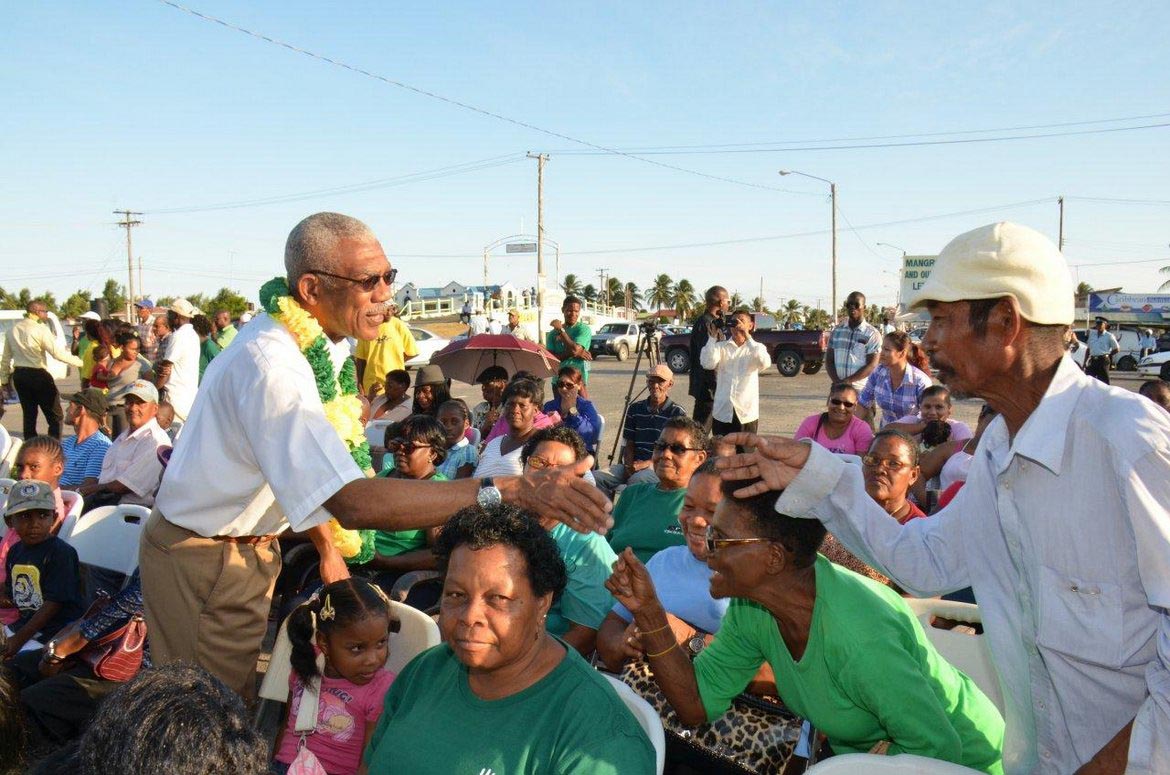 Georgetown, Guyana – (March 12, 2016) Returning power to the people to allow them to manage the affairs of their communities and advance the development of their regions has been the first priority of the current administration. So said President David Granger during a visit to Anna Regina yesterday.

The President, who was joined by Minister of Social Cohesion, Ms. Amna Ally, Minister of Communities, Mr. Ronald Bulkan, Minister of Social Protection, Ms. Volda Lawrence and Minister of Public Infrastructure, Mr. David Patterson, told residents “You deserve to be able to sit down around the table with your colleagues and comrades, with your neighbours to decide how this beautiful town will be developed.”

The break down in local democracy over the past two decades, the Head of State noted, is a major factor in the incidence of social problems being faced in Pomeroon-Supenaam (Region 2) and other communities across the country. President Granger emphasised the importance of problem solving at the community level and community policing, which he said is one of the functions of local authorities.

President David Granger greeting a resident of Pomeroon-Supenaam, during his visit to Anna Region yesterday.

President Granger also called on the Council members, who will be elected in Local Government Elections (LGEs) on March 18, to focus on job creation and education in order to create an educated region and a generation of entrepreneurs, who will use the region’s abundant resources to transform it into an economic power. The President said that this approach will also help to reduce social problems.

The President added that just has Government is working hand in hand with rice millers in Guyana to find markets for rice produced in the region, they will work with the local authorities to ensure that development goals are met. 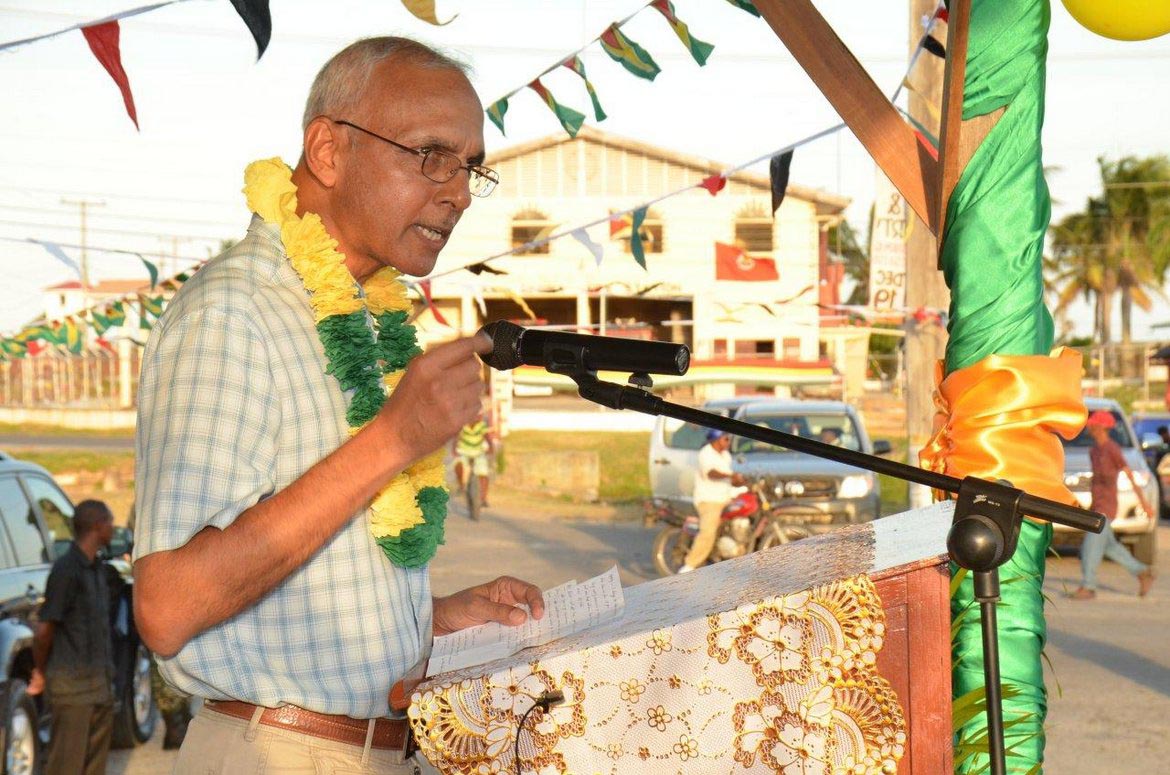 Minister of Communities, Mr. Ronald Bulkan during his address at Anna Regina yesterday.

Minister Bulkan, who also spoke during the meet the public event, said that his Ministry will ensure that the Neighbourhood Democratic Councils and Municipalities will benefit from institutional strengthening and capacity Building and that the Government will ensure that the Councils are not starved of resources. He added that never again will the Central Government usurp the role of local administrative bodies. 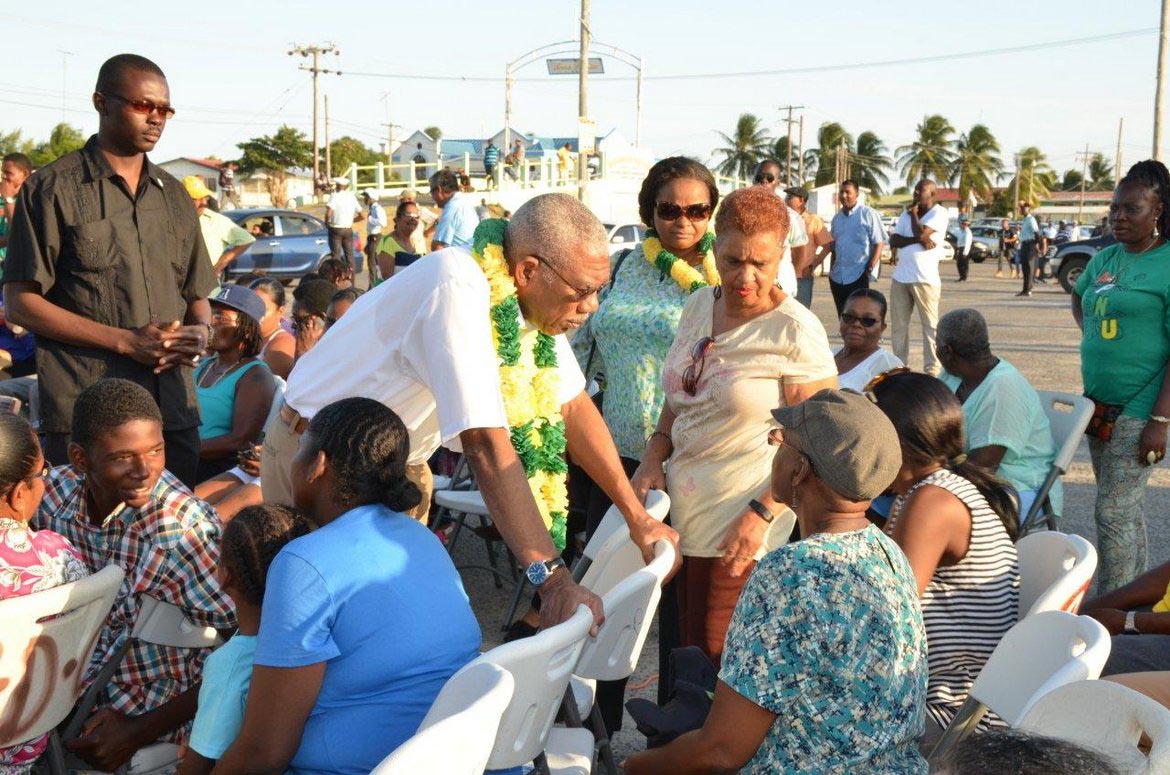 President Granger listening to one resident during his visit to Anna Regina yesterday.

He said that though the holding of LGEs comes at a significant cost, it is an important investment.

“The elections that will take place one week from today will represent a victory in the two decades struggle for the return to local democracy… It represents a huge investment but it is one that this administration is convinced of its necessity and the price tag that it comes with of some $1.3B represents as far as this administration is concerned an investment in deepening the democratic process and returning democracy and handing power to people in our communities to enable them to manage their own affairs,” Minister Bulkan said.