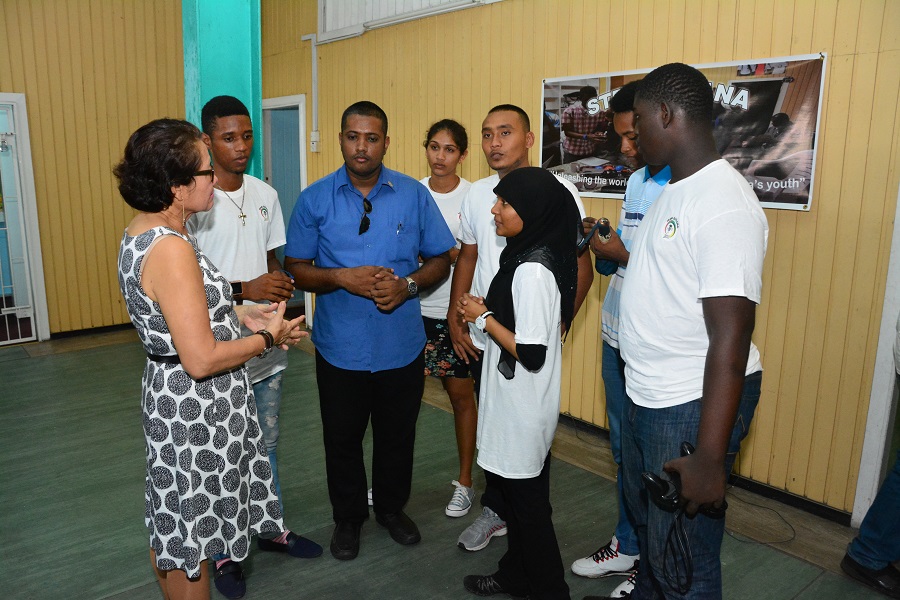 The First Lady made this appeal in her address at the Roadside Baptist Skills Training Centre Inc rally to raise awareness about the prevalence of gender-based violence and suicide. The rally was held under the theme, “Silence hides violence, speak out!”.

Mrs. Granger said she fears that violence has become so ingrained in the nation’s psyche that persons have become indifferent to it, while others no longer seem to know how to respond to it.

“One of the things that struck me during the skit performed here this morning is the laughter from the audience when they saw the parts where violence was involved. It has caused me to wonder whether we are so accustomed to gender based violence that it amuses us or if we are nervous because we are seeing this and seeing how prevalent it is in our society,” Mrs. Granger said.

US Chargé d’Affaires, Mr. Bryan Hunt and members and staff of the Roadside Baptist Skills Training Centre Inc., queue up on the Number 68 Village roadway for the march and rally against domestic violence and suicide.

Part of this problem, she said, stems from a certain mind-set in Guyana, and in some other countries, where a woman’s value is determined by her occupation and not by her personhood.

“Is a woman who is not working for a salary less than a woman who is earning? We have to value the contributions of the women who stay at home and take care of the children… I want you to recognise that every life has value; that every person, male or female is contributing something to this society [in which we live].They are bringing something distinct and God-given when they come into this world and we should help them. Sometimes …some people look at us and laugh, you’re either too fat or too thin, too tall, too short, maybe our features may not be formed as beautifully as other people’s, but that doesn’t take away from who we are and our essence,” she said.

The First Lady noted too that while the Government has joined other countries worldwide in observing International Women’s Day 2016, under the theme “Planet 50-50 by 2030: Step it Up for Gender Equality” the achievement of this goal requires action from every person.

“It is hoped that the world will reach gender parity by 2030, but something that bothers me a lot is how do we get there? These things cannot happen unless we ourselves change our behaviours. Too often we have become inured to violence,” she said. 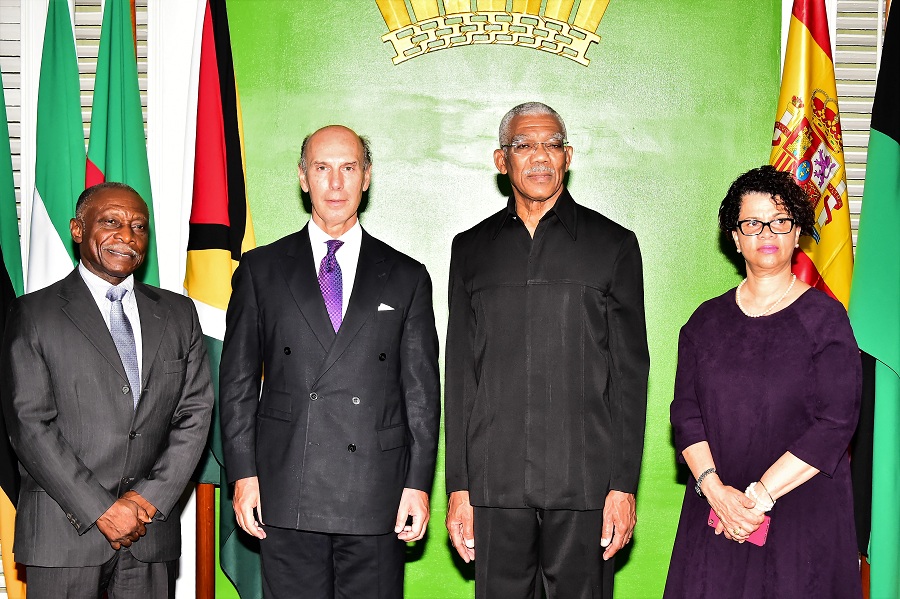 The First Lady pointed out that this is particularly true when discrimination or violence is meted out to the vulnerable persons in society, such as the lesbians, gays, bisexuals and transsexuals (LGBTs) and others and it must stop now.

“I want us to think about all sections of the society, not just the heterosexuals, but the LGBT, the old, the young, vulnerable, the disabled. They are all a part of our society,” Mrs. Granger said.

In order to achieve the UN’s 2030 Agenda on gender parity, Guyanese must first take a stand against wrongdoing and practice empathy, within homes and families and within communities, she added. Mrs. Granger urged the gathering to change their mind-sets and behaviour patterns, noting that they can do this by practicing four main elements: respect for self and others, thoughtfulness, compassion and empathy. 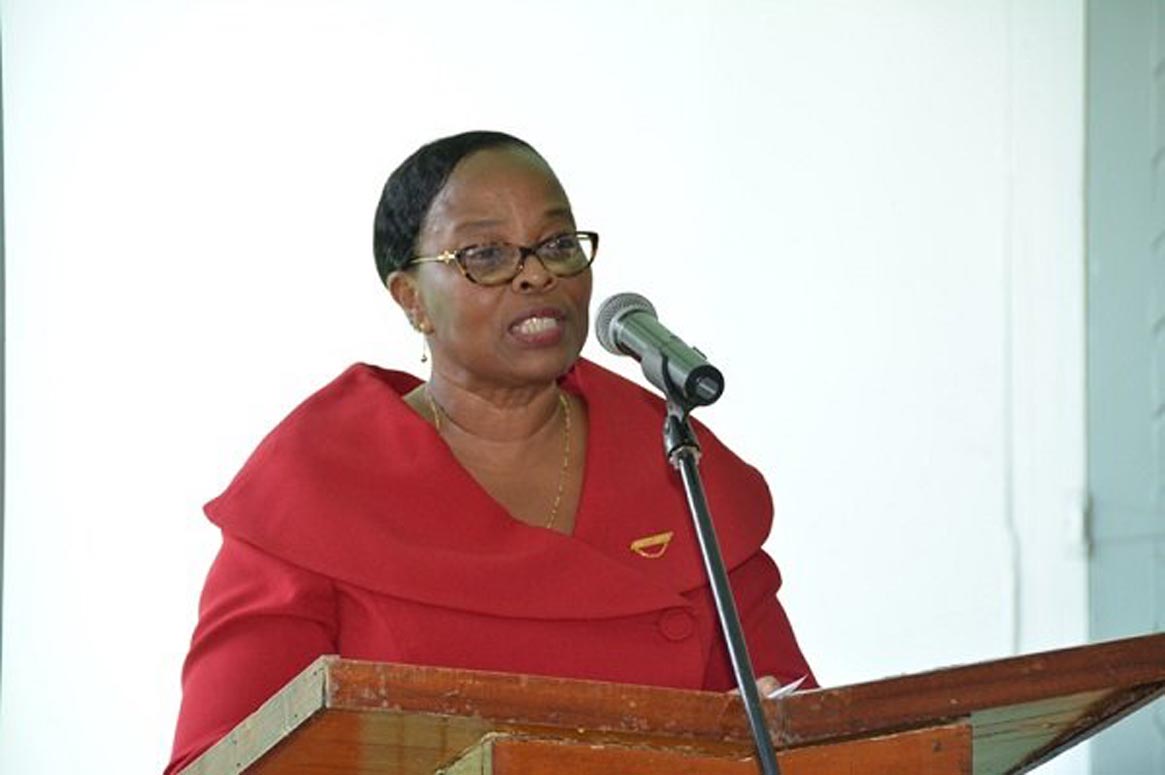 Permanent Secretary of the Ministry of Social Protection, Ms. Laurene Baird pledges that the Ministry will continue to partner with groups that are working to reduce social ills.

“Sometimes we see a child being bullied in the school and we do not say anything, but this where we should step up and speak out because we are all contributing to that violence. So one of the things we need to do is to look at behavioural change, look at how we see ourselves and how we look at everyone else. When we are thinking of this behavioural change, one of the things we should think about is respect; respect for yourself and others. It also demands thoughtfulness then think about becoming compassionate and then you can empathise. We face battles, no one’s life is perfect, but we can all use the pressures to grow [instead of beating each other down].” the First Lady said.

Meanwhile, Permanent Secretary of the Ministry of Social Protection, Ms. Laurene Baird, commended the initiative, noting that issues such as suicide and gender-based violence are those which test the moral fibre of a society. She also pointed out that while Government is cognisant of these issues, and are taking steps to remedy them, it is initiatives such as these conducted by the Ministry that help to achieve those goals.

“This government recognises the need for greater social protection of citizens. We are all subject to the challenges of life and sometimes require strong support systems. Suicide affects our young people and we need to address it frontally. This year, the Ministry of Social Protection is focused and is placing emphasis on building strong support systems for those who may need them, on building strong families and re-integrating teenage mothers back into the school system,” Ms. Baird said.

“If during your march along the road this morning you changed one life, or allowed one person to walk away from abuse then you have accomplished a lot,” he said.

Mr. Hunt then used the opportunity to encourage the audience to utilise their democratic right and vote next Friday when Local Government Elections are held, after a 23-year gap. 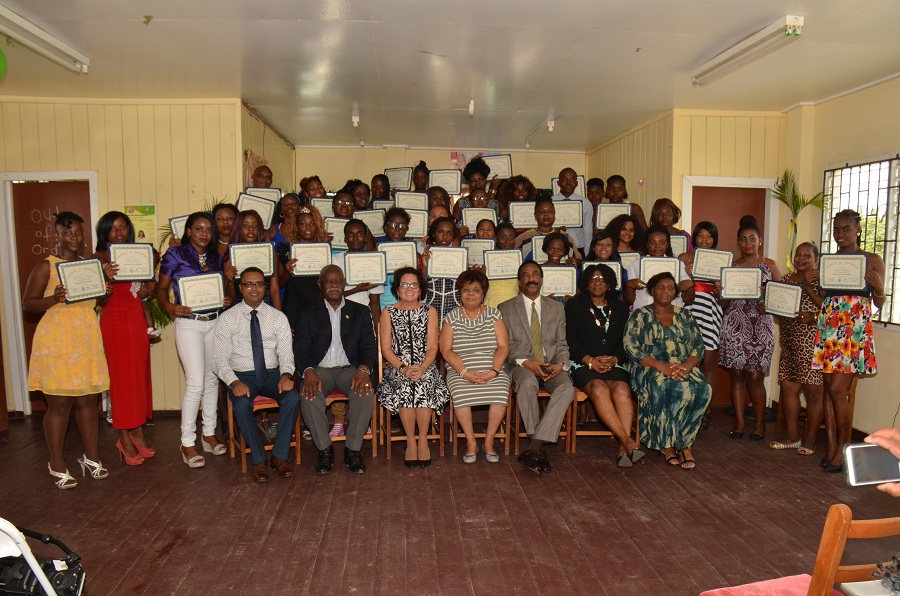 A section of the large gathering of students and other participants at the “Silence hides violence, Speak out!” rally against violence and suicide.

Local Government Elections are about returning power to the people