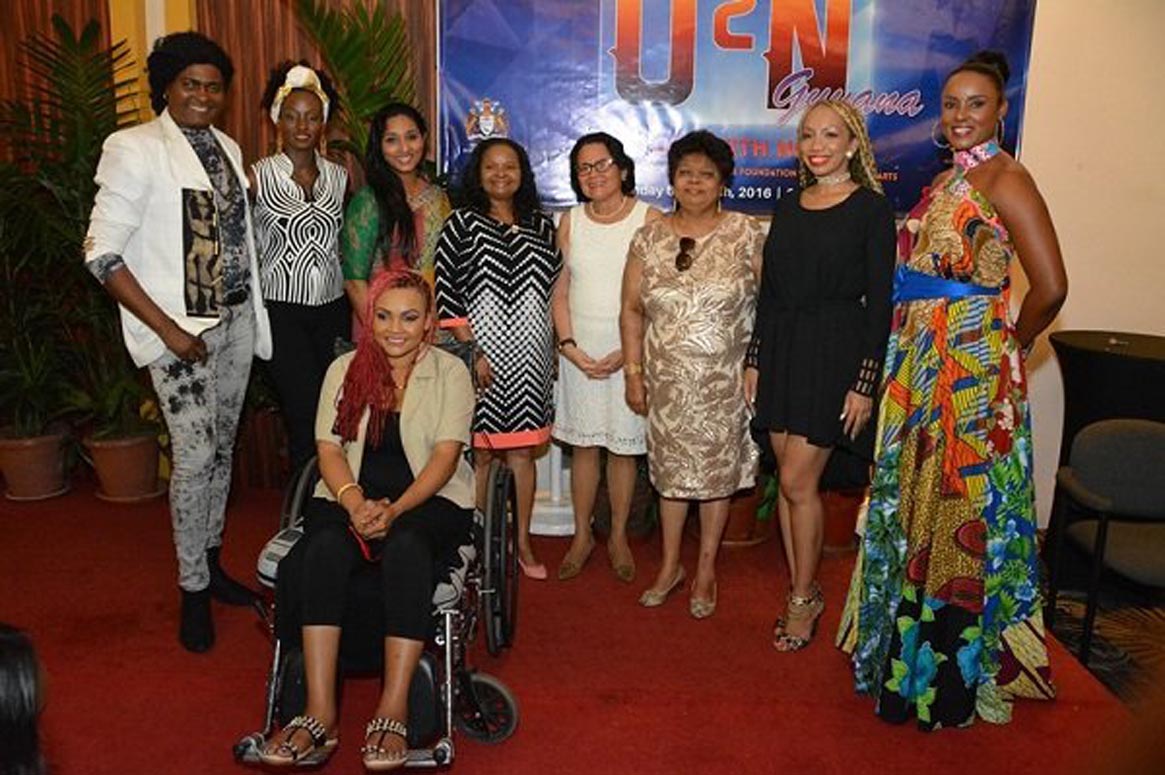 Georgetown, Guyana – (March 7, 2016) Minister of Social Cohesion, Ms. Amna Ally, last evening, charged Guyanese women to be their sister’s keeper and to continue to act and advocate for an end to inequalities as women’s rights are also human rights.

The Minister made this appeal to a packed audience including First Lady, Mrs. Sandra Granger and Director of the Child Care and Protection Agency, Mrs. Ann Greene, at the Oxygen with Nicole (O2N) Guyana forum, which was held to commemorate International Women’s Day, which will be observed on Tuesday.

The forum, held at the Pegasus Hotel, is a collaborative event between the Ministries of Social Cohesion and Social Protection, O2N Guyana and the Sonia Noel Foundation for Creative Arts.
Minister Ally, in her remarks, noted that the onus is upon all Guyanese, especially women, to support each other in the quest for gender equality and empowerment.

“Significant for us is the theme for this year, which is “Planet 50/50 by 2030; Step it up for Gender Equality”… The United Nations is reflecting on how to accelerate the 2030 Agenda and building momentum for the effective implementation of the Sustainable Development Goals. The aim is to move faster on matters relating to gender equality, women’s human rights and empowerment. It is therefore, incumbent upon on all of us to use whatever means are at our disposal, whether we are decision makers or we find ourselves in position of advocacy, whatever positions we find ourselves in, let us use them to ensure that our sisters’ rights are respected [and that] there is gender equality and empowerment,” Minister Ally said.

She also commended the organisers of the O2N Guyana event for bringing together women from all walks of life, who are willing to share and inspire others through their stories.

“I cannot remember the last time I found myself at a forum with women… as diverse as this one. I do not remember the last time I saw such a display of so many characteristics that define us as women; beauty, poise, kindness, assertiveness, strength, courage and those unique qualities we possess, which allow our gender to be the special one it is,” the Minister said. Further, she noted, the Government is interested in exploring partnerships and combining collective efforts to eradicate inequities and secure human rights.

Minister of Social Protection, Ms. Volda Lawrence delivering her remarks at the forum. 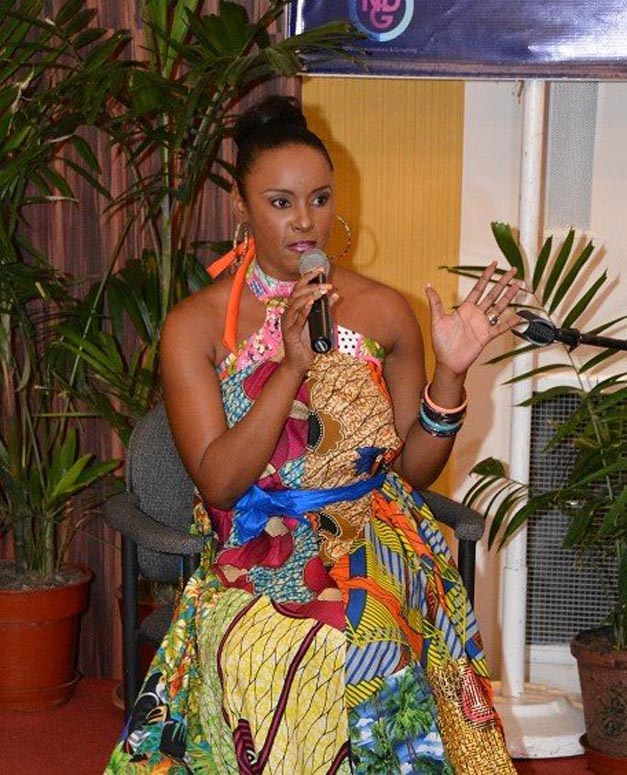 Founder of ‘Oxygen with Nicole’, Mrs. Nicole Dyer- Griffith explains the genesis of the concept to a packed audience at the Pegasus Hotel.

Meanwhile, in her address, Minister of Social Protection, Ms. Volda Lawrence praised the timeliness of the initiative as it allows a wide cross-section of women to reflect on their accomplishments and inspire others, even as it calls on them to action to ensure women’s rights. The Minister said the initiative will allow the Ministry and the Government to identify areas and to strategise to stamp out gender inequality.

Mrs. Dyer- Griffith, in her remarks, said that the objective of the event was to have a space where persons, especially women, can “create, connect and cohere.” The group seeks to encourage the sharing of uplifting and inspirational stories and experiences to galvanise women into action. Mrs. Dyer- Griffith recalled that the concept was birthed in response to the despondent atmosphere which hung in the air following the recently concluded 2015 General Elections in the twin island republic.

“I noticed and noted that the general tone of the nation was somewhat ‘heavy’, with varying degrees of discord. Having to operate in this type of environment sometimes felt suffocating, and as such, during a conversation with a friend, I [told] her that it felt like oxygen to be able to sound off ideas and share in a safe environment,” she said. 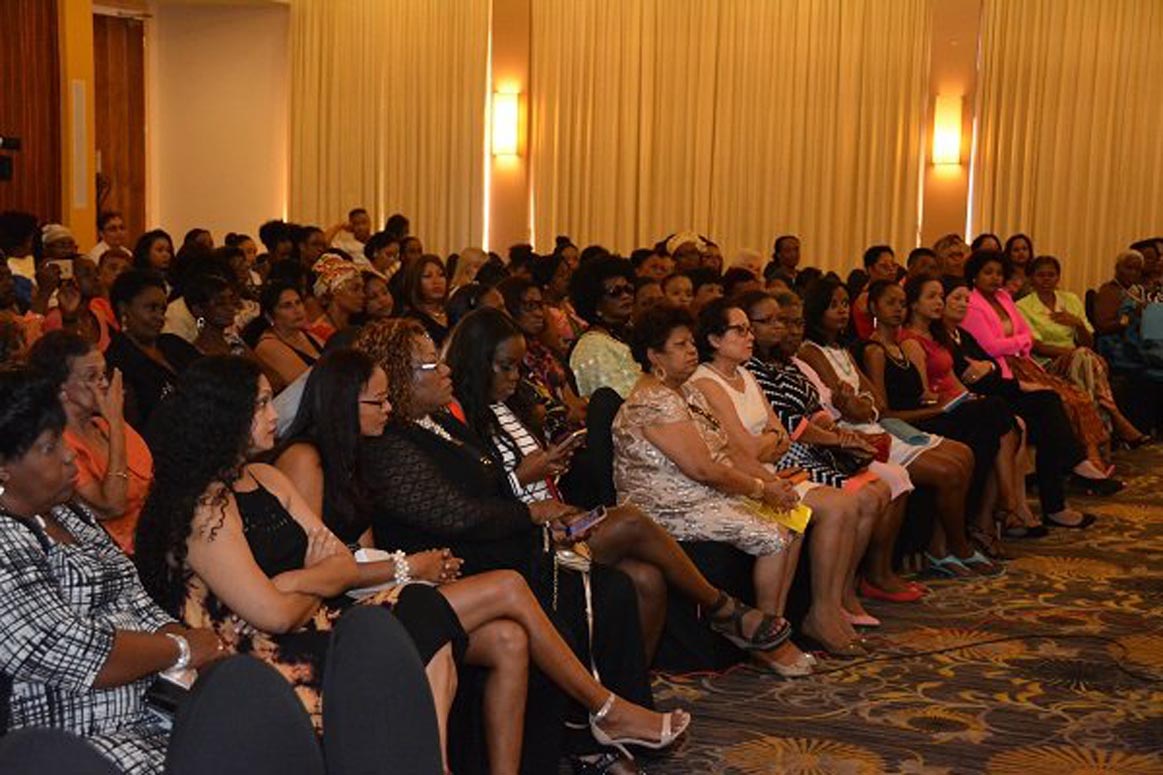 A section of the packed Savannah Suites, Pegasus Hotel, earlier this evening.

Transcript of the address by His Excellency Brigadier David Granger President of the Cooperative Republic of Guyana The Central Islamic Organisation of Guyana Youman Nabi Programme Held at the Muslim Youth Organisation 24th December, 2015