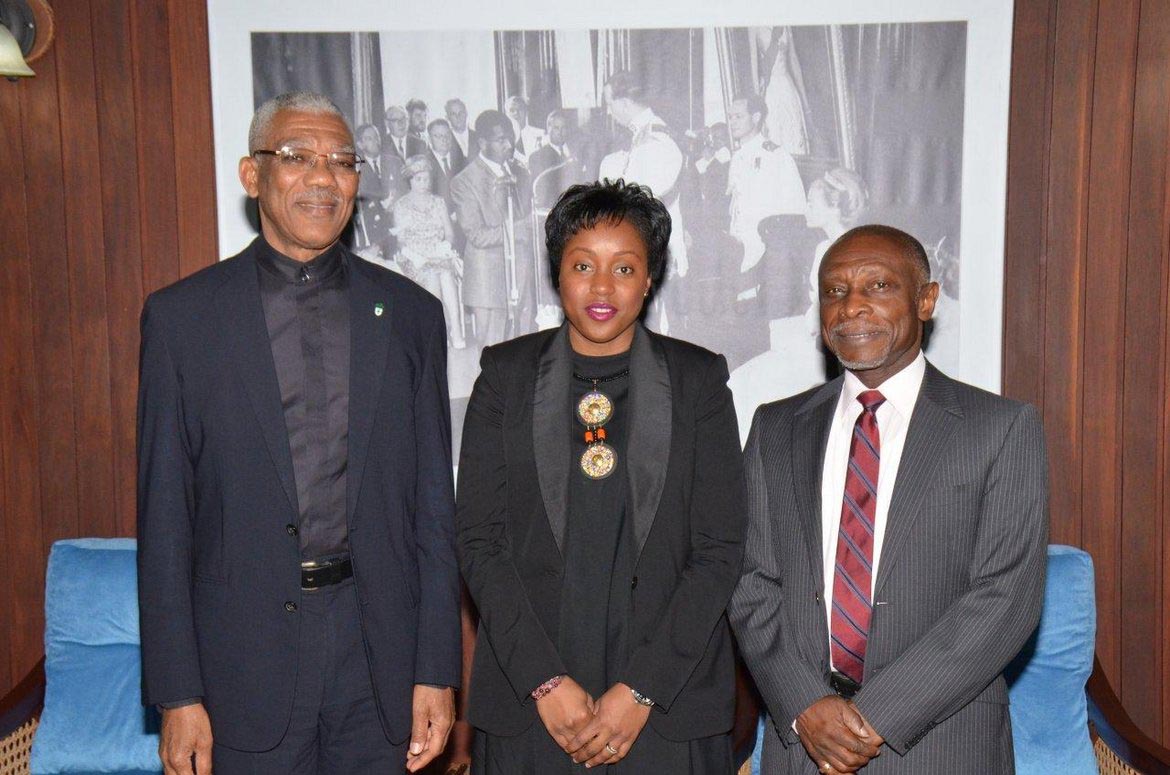 Georgetown, Guyana – (March 04, 2016) Political Advisor to the Commonwealth Secretariat, Dr. Tres-Ann Kremer, this morning, paid a courtesy call on His Excellency, President David Granger at the Ministry of the Presidency.

Electoral reform and the Guyana/Venezuela border issue were the main issues discussed during the meeting.

Dr. Kremer, in an invited comment, said that the Commonwealth had sent an Observer team to Guyana for the General and Regional Elections in May and it had presented a Report on recommendations, which they believed should be implemented by the Guyana Elections Commission (GECOM) in future polls. Part of her visit here, she said, is aimed at following up on these recommendations to determine how the Commonwealth can best assist in these areas.

“The areas in which we are working… includes the registration process, transmittal of results, looking at the assisting the electoral commission itself to work more cohesively as it is, but just to enhance the capacity that is already there. It’s something that we do across the Commonwealth and it comes out of the… Observer Mission recommendations to further enhance the capacity of that institution. So that’s the discussion we’re having with GECOM at the moment,” she said.

President David Granger had previously expressed concerns about the pre-election registration process and the post elections delays in results, noting that when results are delayed, the Guyanese public becomes anxious and disturbances erupt. These two issues must be reformed for the benefit of the nation.

From left: President David Granger, Political Advisor to the Commonwealth Secretariat, Dr. Tres-Ann Kremer and Minister of Foreign Affairs, Mr. Carl Greenidge, at the Ministry of the Presidency.

Questioned on whether the recommendations included the modernisation of the current electoral system at GECOM, Dr. Kremer said that it is possible.

“Where there is need for modernisation, that will be discussed and if it is an initiative that has consensus within the electoral commission… the Commonwealth works on the basis of the direction given to us by the Member State and the institutions, so where those issues are there identified that there is a need, we are willing to assist,” the Commonwealth official said.

Dr. Kremer noted that Guyana is a trusted partner for the Commonwealth and the organisation is keen on maintaining that engagement.

“So some of the issues we discussed were how the Commonwealth can use its resources, across our 53 Member States, to assist in meeting the objectives for the people of Guyana and for the Government,” the representative said.

She also used the opportunity to reaffirm the Commonwealth’s support to Guyana on the on-going border controversy with neighbouring Venezuela.

“The Commonwealth has a Ministerial Working Group that looks at the issue of Venezuela and Guyana and repeatedly, over the years, the Commonwealth has been a partner and trusted friend to Guyana on this issue so it was just reiterating the Commonwealth’s commitment, their efforts to mediate and to negotiate a peaceful settlement of the issue,” Dr. Kremer said.

President Granger welcomed this statement, noting that Guyana will continue to push for a peaceful but final settlement on the issue. 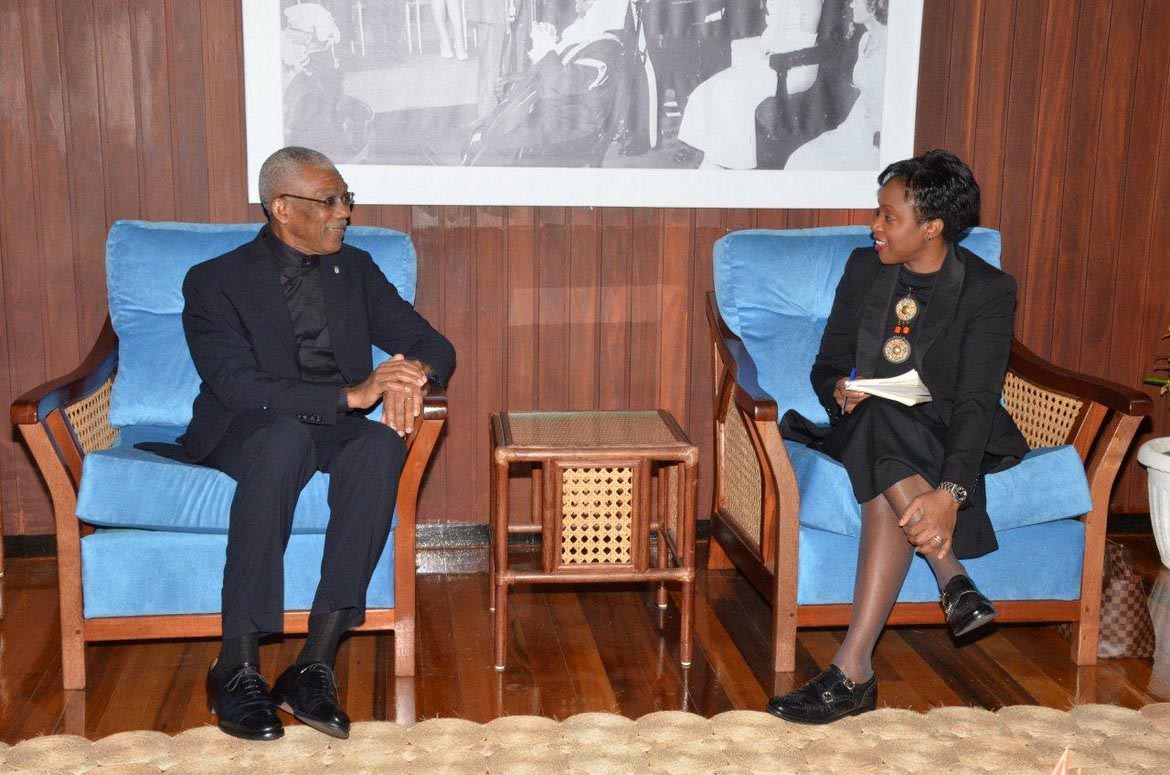