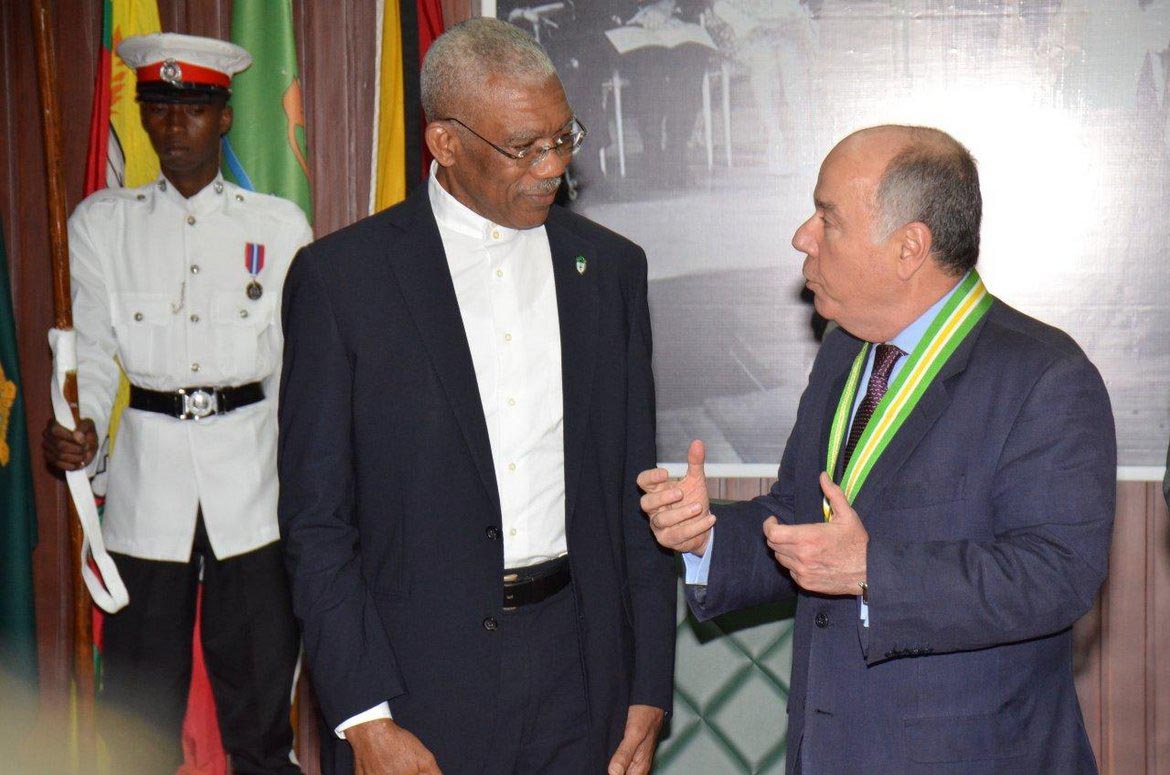 Georgetown, Guyana – (March 2, 2016) President David Granger, who is Chancellor of the Orders of Guyana, today, conferred Brazil’s Minister of External Affairs, Mr. Mauro Luiz Iecker Vieira with the insignia of the Order of Roraima, Guyana’s second highest National Award. The investiture ceremony was held at the Ministry of the Presidency.

In his address, President Granger said that the conferral of this award is in recognition of Minister Vieira’s decades of outstanding service in the Foreign Service of Brazil and successful career in diplomacy, much of which saw him working for the betterment of the people of the hemisphere. This gesture from Guyana, he added, is also testimony to the partnership that has been established, for several decades, and continues to flourish, between Guyana and Brazil.

“This award signifies the commitment of Brazil to peace in this hemisphere and your role as Minister of External Affairs in ensuring that the philosophy and the policies of the Federative Republic of Brazil permeate all of the organisations and institutions, which have been established in this continent for peace and security… Throughout our relations we have always been able to depend on our friendship with Brazil,” President Granger said.

The President also gave assurances that though Guyana’s population is fewer than one million, this country is committed to being the gateway between the South American continent and the Caribbean Region. 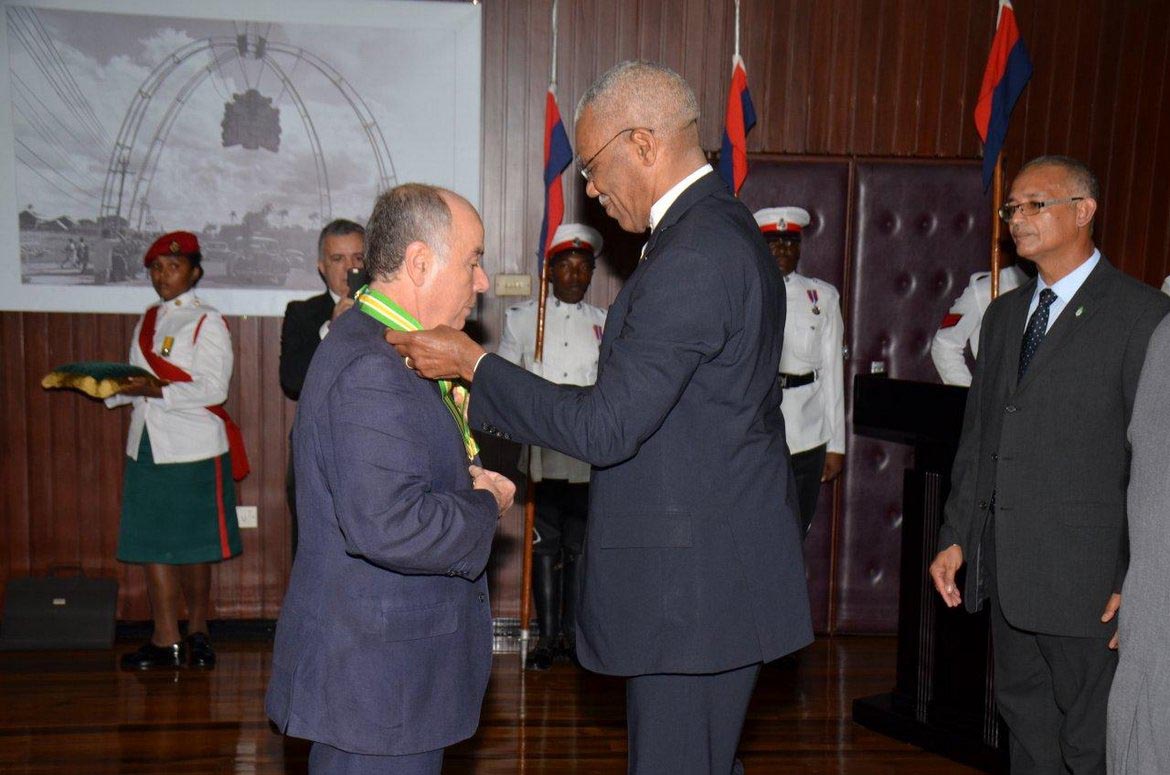 President David Granger conferring Brazil’s Minister of External Affairs, Mr. Mauro Luiz Iecker Vieira with the insignia of the Order of Roraima, at an investiture ceremony held at the Ministry of the Presidency.

In an invited comment, after a wreath-laying ceremony at the Independence Arch on Brickdam, the Brazilian Minister said that he accepts this important National Award with great honour as it is a tangible representation of the close friendship between the Guyana and Brazil.

“I am very honoured to receive this important award, which carries the name of Roraima, which is so important to us. It is also the name of the Brazilian State on the border with Guyana…. We want to develop even closer relations between the two countries and to work together with the Guyanese government so as to deepen our channels of cooperation in different areas,” Minister Vieira said.

Meanwhile, Minister of Foreign Affairs, Mr. Carl Greenidge said that the meeting with the visiting delegation, led by his Brazilian counterpart, saw discussions on the way forward in areas of cooperation and developments within the context of UNASUR and CELAC.