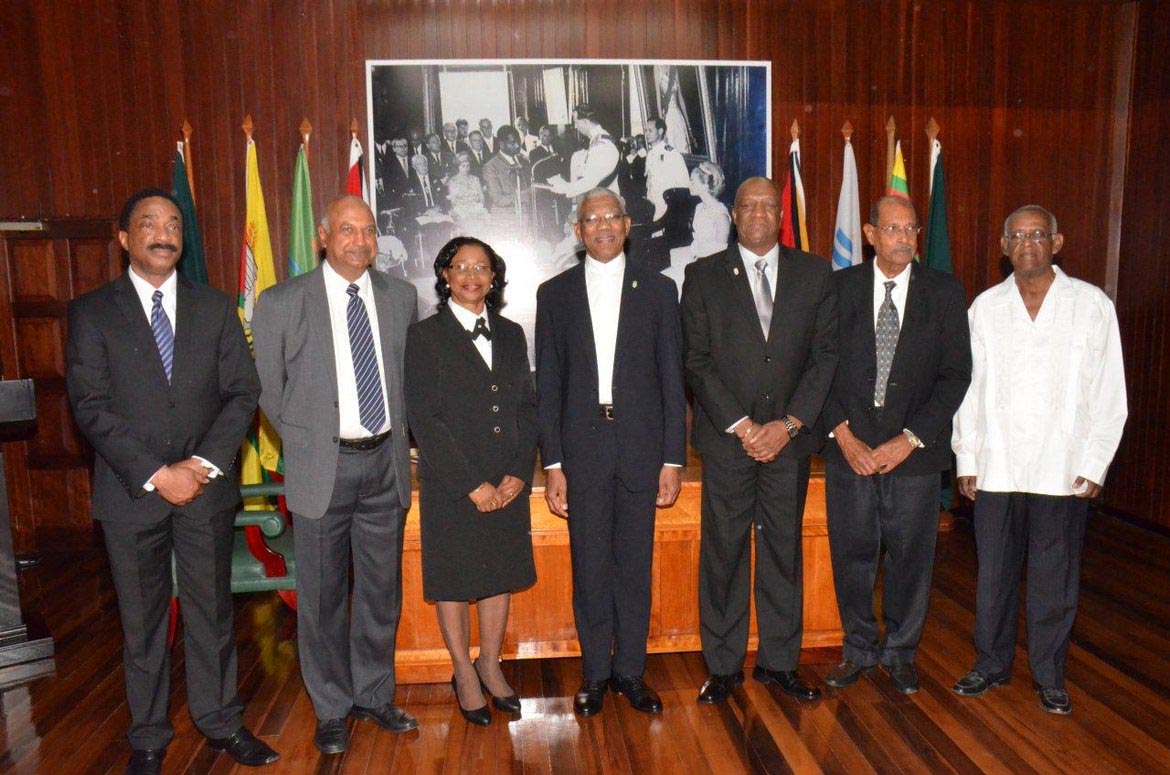 Georgetown, Guyana – (March 02, 2016) Acting Chief Justice, Ms. Yonette Cummings-Edwards was, this morning, sworn in by President David Granger, as a member of the Judicial Service Commission (JSC) in a simple ceremony at the Ministry of the Presidency.

Justice Cummings-Edwards, by virtue of her appointment, as acting Chief Justice, took the Oath as a member of the Judicial Service Commission.

President Granger, in expressing his congratulations, said that while the ceremony was simple, the significance must not be taken for granted. The President noted that her appointment to that position is one of the many steps his Government is taking to ensure that the integrity and professionalism of the Judiciary of Guyana is preserved, while winning the confidence of the Guyanese public.

“We have taken measures to ensure that the autonomy and integrity of the Judiciary in Guyana is not just a matter of prescription but is also a matter of fact and so together with the Minister of Legal Affairs and the Minister of State, and the other members of the National Assembly, this year 2016, we have taken a step forward and I want to assure you Honourable Chancellor that we will continue to work towards preserving the dignity and integrity of the Judicial Service Commission. I think that in so doing, we have so far, been able to win the confidence of the public and we will continue to ensure that not only the complement of the JSC is kept in accordance with the law but also the confidence and the competence of the members of that Commission are always above reproach,” President Granger said.

The Head of State expressed full confidence in Justice Cummings-Edwards’ ability, stating that it is his belief that she will discharge her function without fear of favour, affection or ill will.

Justice Cummings-Edwards, who began her law career in 1988, was nominated by the Government as the most qualified candidate for the position of acting Chief Justice back in December. In keeping with constitutional requirements, President Granger had held a consultation with Opposition Leader, Mr. Bharrat Jagdeo to discuss the appointment.