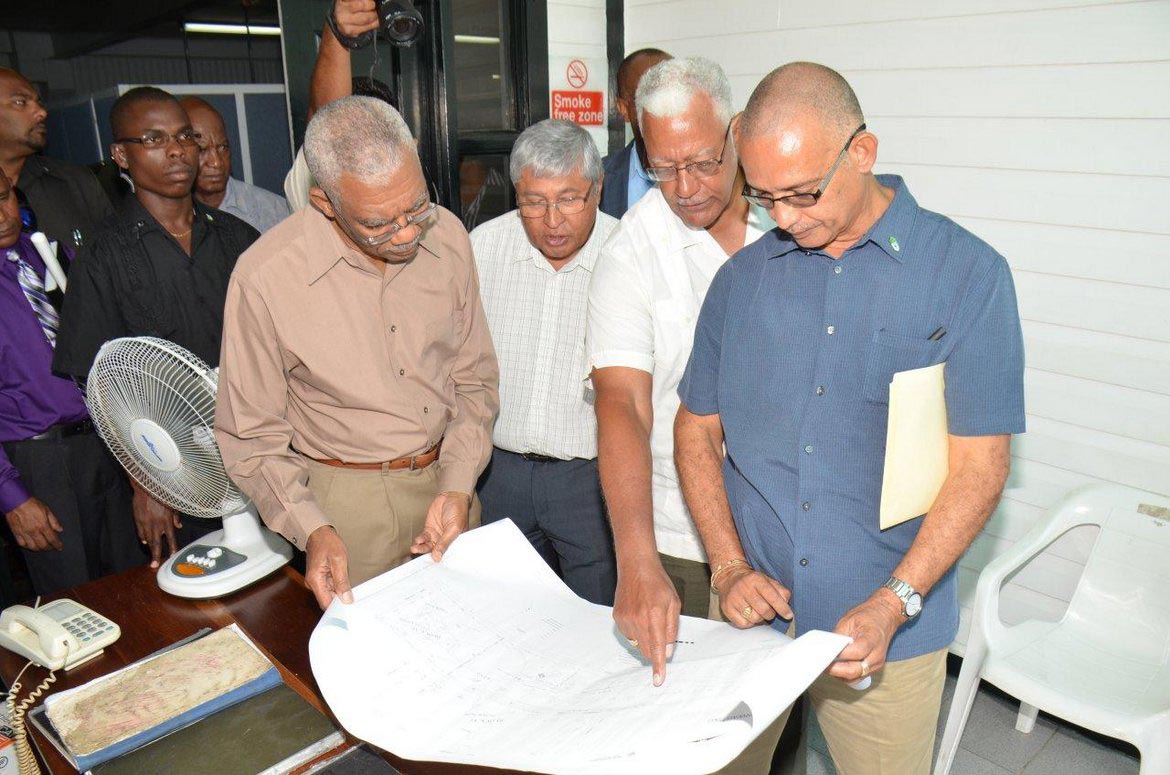 President Granger, speaking during his visit, said that upon his assumption to office, he had made it clear that the future of Guyana depends on an efficient, reliable and dependable public service. Therefore, training in key areas is critical to ensuring that this goal is accomplished. The Head of State announced that the college is expected to have four faculties: International Relations (Foreign Service), Defence, Public Administration and Information Technology.

“I have no interest in having an unprofessional Public Service… I also said that I did not just want an efficient public service but an ‘unbribable’ public service; professional people, people who can do their trade and people who are prepared to do their jobs without fear or favour,” he said

President Granger looks at a plan of the GuySuCo facility with (from right) Director of Protocol at the Ministry of the Presidency, Col. Francis A. Abraham, Minister of Agriculture, Mr. Noel Holder and Chief Executive Officer of GuySuCo, Mr. Errol Hanoman.

The college is expected to provide university level diploma qualifications and the President expects that with this training, within the next four to five years, the level of professionalism in the public service will be much higher than it is today.

“I don’t want people walking off the street to become public servants because in the Public service, the Foreign Service; every branch of government, I expect professionals and part of professionalism is knowledge. You can’t be a professional unless you know what you are doing and to gain that knowledge, you need to be trained,” President Granger said.

During the visit, Chief Executive Officer of GuySuCo, Mr. Errol Hanoman, said that there are plans to move the companies’ operations and as such, the premises will be vacant. He noted that the building and other facilities at the location have the potential to be developed and used as a training complex.