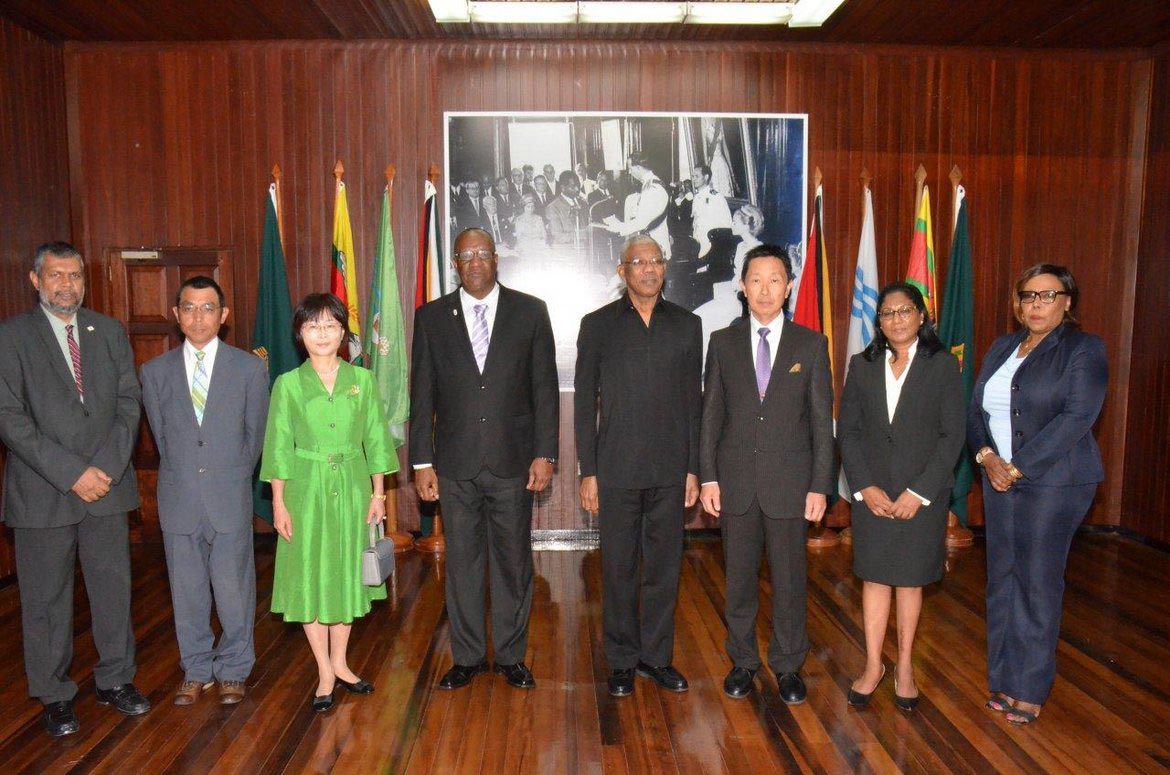 Georgetown, Guyana – (February 24, 2016) A new Non-resident Ambassador of Japan to Guyana, Mr. Mitsuhiko Okada was, earlier today, accredited by President David Granger at the Ministry of the Presidency, committing in the process to stronger relations between the two countries.

Presenting his Letters of Credence to President Granger, in the presence of Minister of State, Joseph Harmon, who is acting Minister of Foreign Affairs for Minister Carl Greenidge, who is out of the country and Director General (ag) of the Ministry of Foreign Affairs, Ms. Deborah Yaw, the newly accredited Ambassador said that his country has always had strong ties with Guyana and he expects that this will continue to grow and deepen in the coming years. 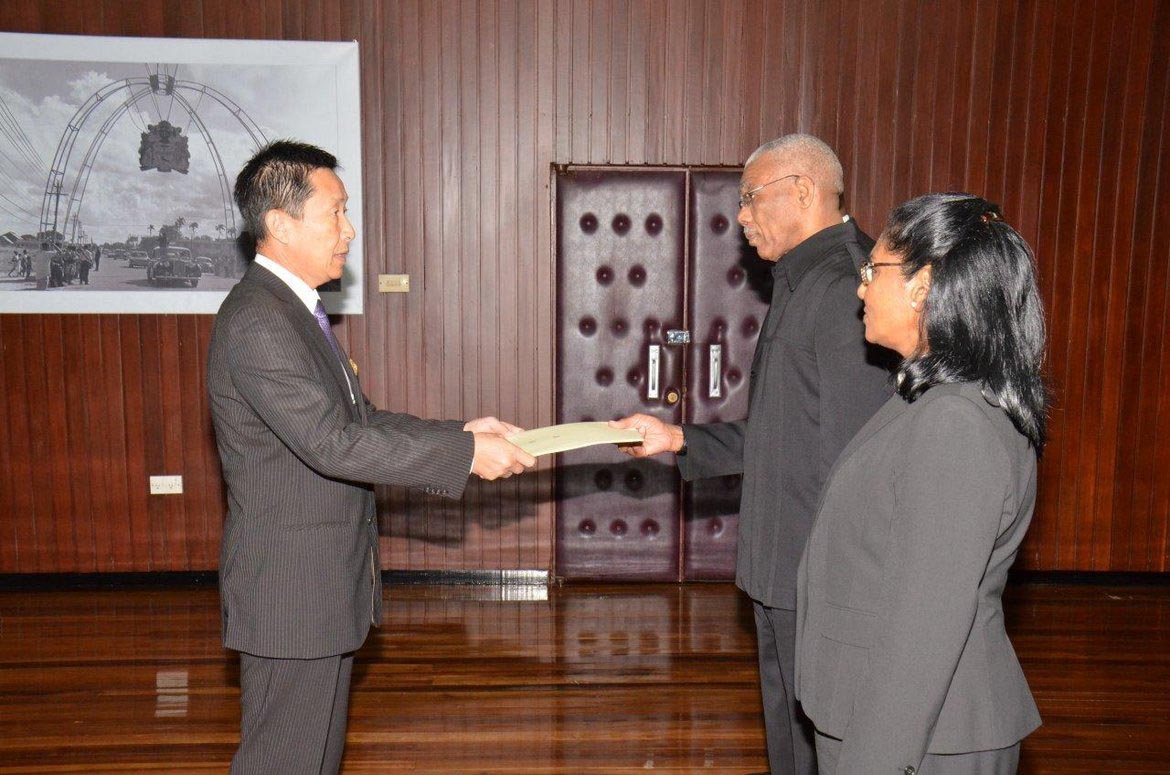 President David Granger receives the Letters of Credence from the new Non-resident Ambassador of Japan to Guyana, Mitsuhiko Okada.

“Japan and Guyana are global partners and share common interests and common challenges. Based on a state of mutual partnerships, Japan and Guyana have maintained bilateral relations in areas of fisheries, utility, and grassroots human exchange,” he said.

He noted that Japan has extended support and aid to the Caribbean countries and by extension, Guyana in the area of disaster risk management.

President Granger in accepting the Letters of Credence said that while Guyana and the State Japan are separated by 24,000 km of sea, the two countries remain united by relations cemented over a period of forty-six years.

He noted that Guyana remains committed to pursuing the economic and social development of its people in an atmosphere of peace and stability and out rightly rejects the use of force and violence between and among countries.

“Guyana rejects the use of non-peaceful means to resolve differences between states. We deplore the threat of or use of force to settle disputes. Guyana holds steadfast to the mission of ensuring that the Caribbean Region remains a zone of peace. We resolutely are committed to the ideal of international peace and security,” he said.

said the President added that Guyana continues to look forward to strengthened bilateral relations, which will provide for the development of both countries.

“The passage of the intervening years has witnessed an intensification of economic cooperation and trade between our two countries. Guyana places a high value on the strengthening of economic cooperation with Japan. Guyana looks forward to continued cooperation with Japan; particularly in the areas of economic, social and physical infrastructure and technology transfer… Guyana acknowledges and expresses its appreciation for Japan’s support for our country’s development,” President Granger said.