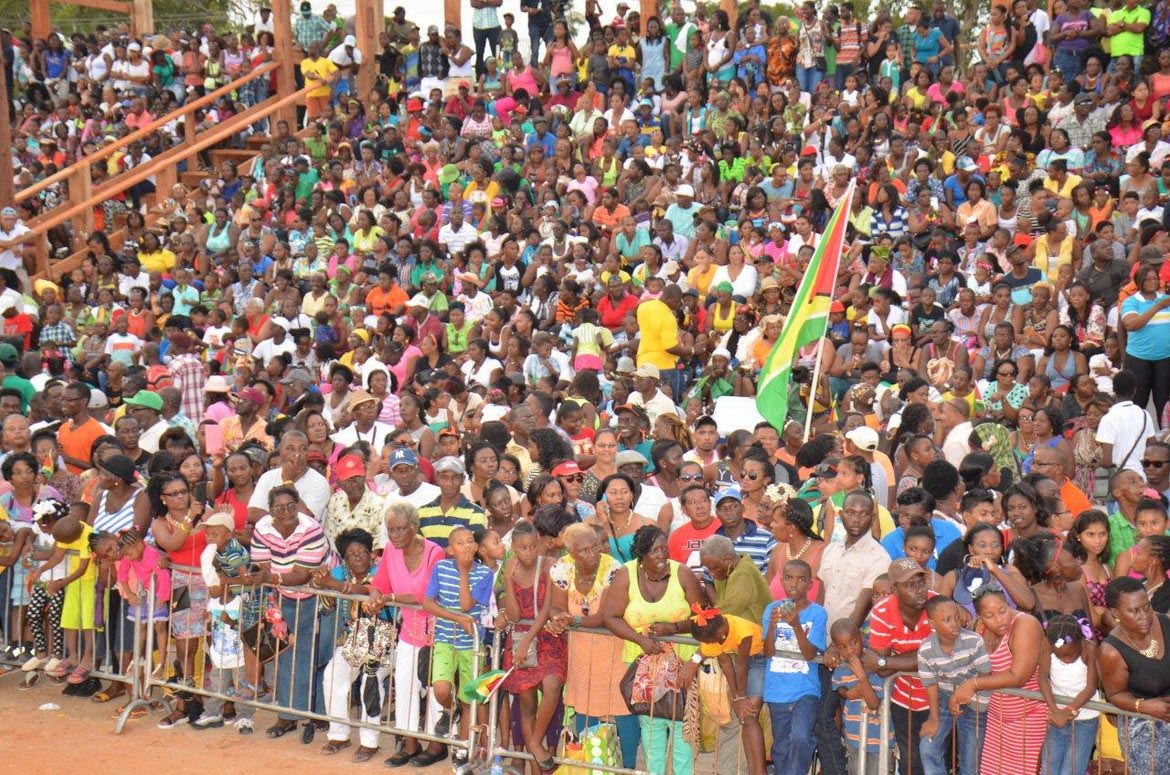 The President and First Lady joined Prime Minister Moses Nagamootoo and his wife, Mrs. Sita Nagamootoo, Government Ministers and members of the diplomatic corps to witness the military parade by the Joint Services officers. The officers marched to melodies of Guyana’s National Songs in a brilliant display that was cheered on by the large crowd.

Persons lean against the barricades and jostle against each other in the walkway to get a closer look at the activities, as the bleachers were packed to capacity. 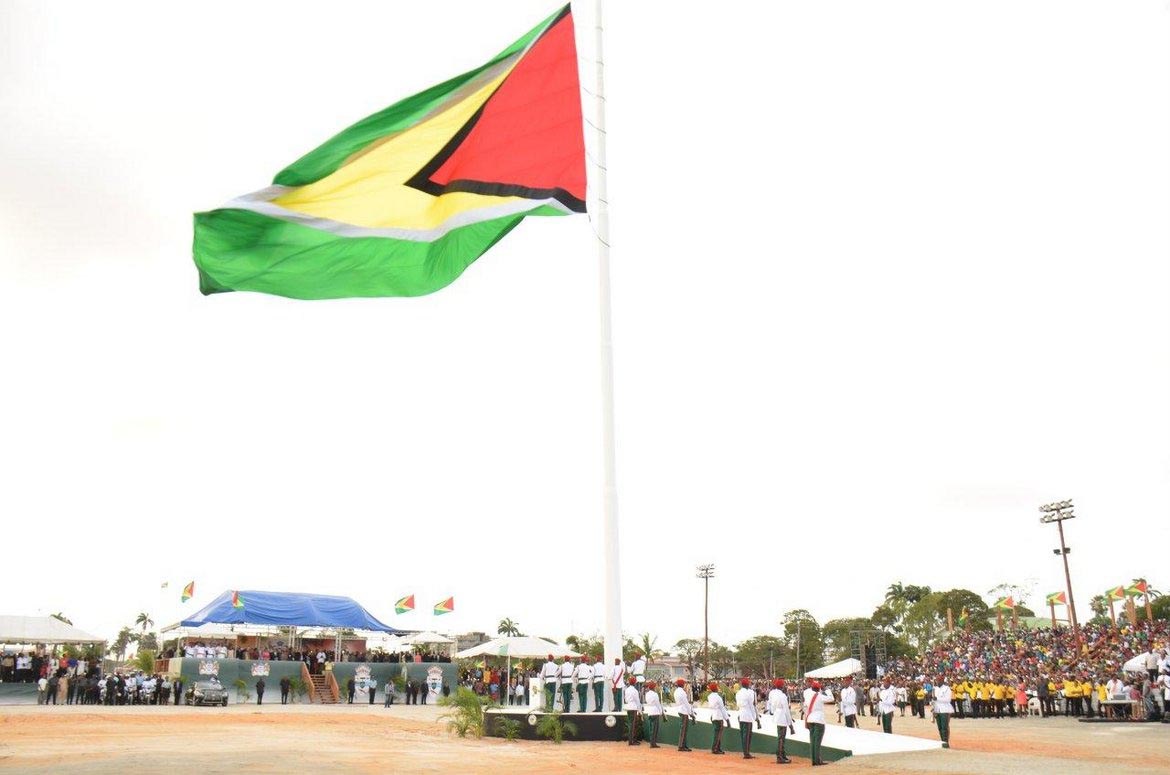 Ranks of the Guyana Defence Force hoisting the Golden Arrowhead on the country’s tallest flagpole at D’urban Park.

A hush descended over the crowd as the 65 × 35 foot Golden Arrowhead, the largest one ever created, was hoisted on the country’s tallest flagpole, which stands at about 180 feet above ground. As the flag billowed in the breeze, loud applause rose from the packed venue as the crowd was very impressed by the skills displayed by the military officers and the overall tone of the ceremony. As the flag neared the top of the pole the crowd began to chant, “Go Guyana, go!”

Ms. Wendy Thomas, an overseas-based Guyanese, said that watching the Golden Arrowhead being hoisted and listening to the National Anthem is enough to awaken the spirit of patriotism in anyone.

“It was real touching. I felt very moved, not being here for such a long time and witnessing the flag-raising ceremony. It was really heartening to see so many Guyanese in attendance and to see both the President and Prime Minister. I will never forget this feeling,” she said. 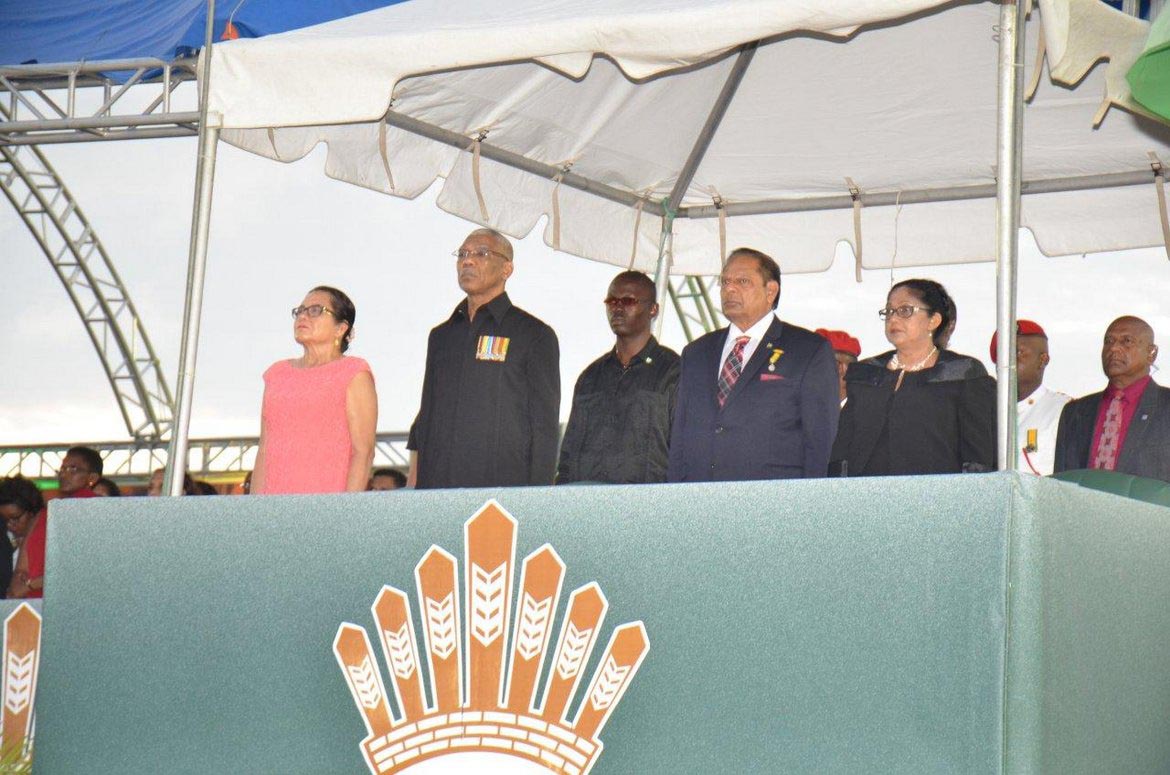 Similar sentiments were expressed by Mr. Al Grimmond, a Guyanese who resides in Canada. He commended the Government for transforming the D’urban Park area into a recreational facility where citizens can exercise of just relax with their families.

For Ms. Michelyn Wilson, the scenes at D’urban Park evoked nostalgic memories of her teenage years when she first witnessed the hoisting of the Golden Arrowhead 50 years ago at the National Park. “It brought back those feelings of national pride and it is very fabulous to see all these people come out in support of this national effort,” she said.

Meanwhile, Mr. Thomas Daniels was overwhelmed by the large crowd. “This is one of the largest crowds I have seen for a very long time and this is first time I’ve seen a flag as big as this,” he said. 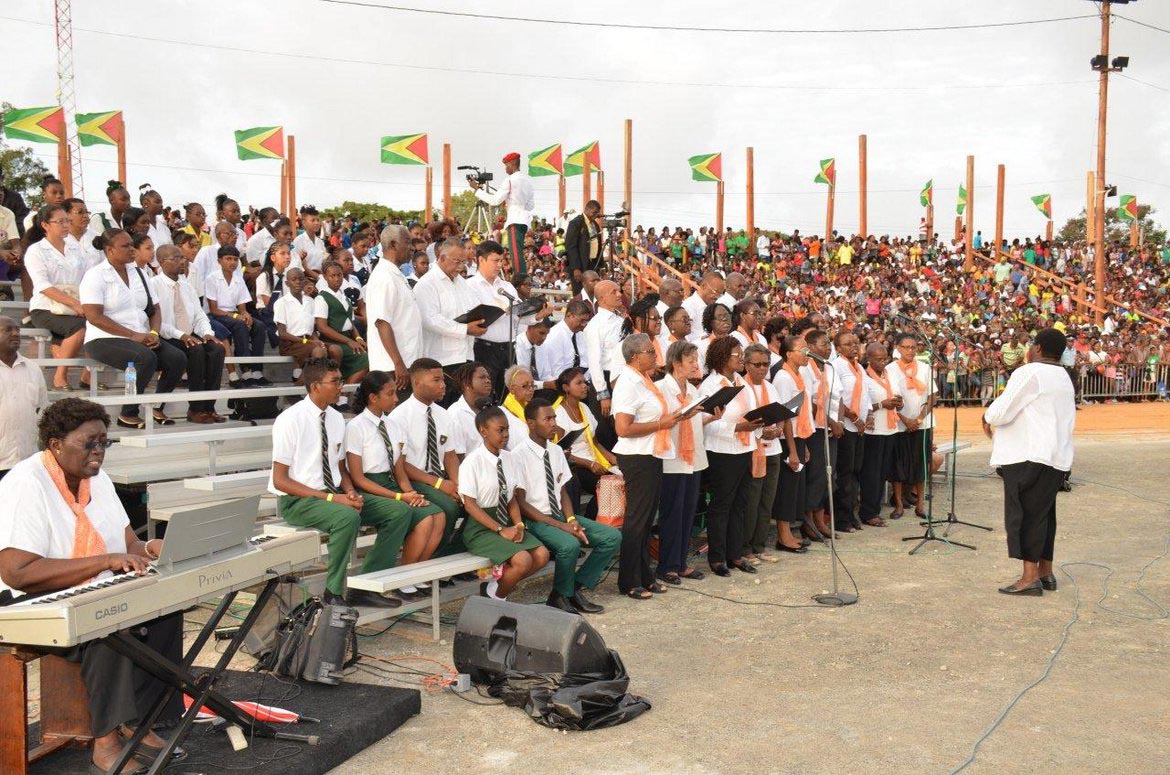 The Woodside Choir singing the ‘Hymn for Guyana’s Children’

Address of His Excellency Brigadier David Granger, President of the Cooperative Republic of Guyana and Chancellor of the Orders of Guyana, at the National Investiture Ceremony, at the Arthur Chung Conference Centre, Georgetown.