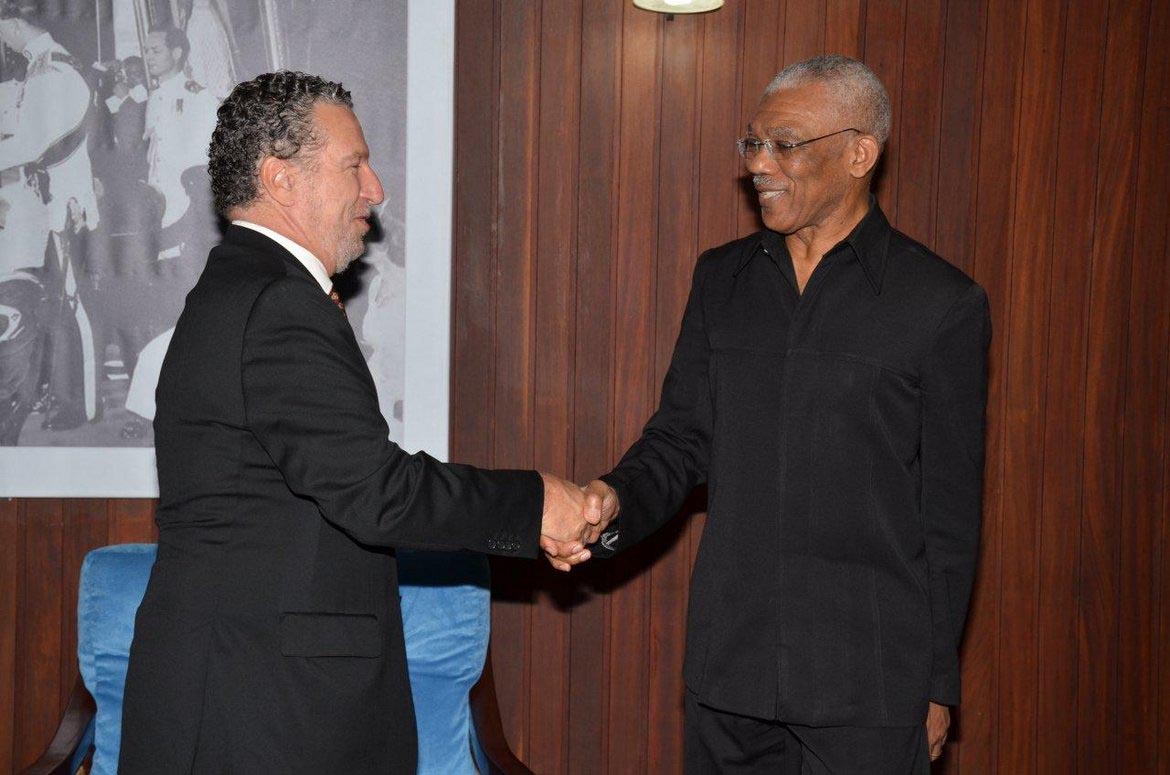 Georgetown, Guyana – (February 24, 2016) Brazil’s Ambassador to Guyana, His Excellency, Lineu Pupo De Paula, today, paid a courtesy call to President David Granger to update him on the arrangements for the visit of Brazil’s Foreign Minister, Mr. Mauro Vieira, to Guyana next week.

The Ambassador said that the objective of this meeting is to enhance collaboration between the two countries. He disclosed that areas such as military and technical cooperation and issues relating to CELAC, UNASUR and other regional mechanisms, to which both countries are party, will also inform the agenda.

“We have a lot of things happening. Today there is a border meeting happening in the Lethem-Bom Fim area with huge delegations from both sides,” the Ambassador said.

He added that this engagement, along with the one that is scheduled for next week, is extremely important for both Guyana and Brazil.

President David Granger greets Brazil’s Ambassador to Guyana, His Excellency, Lineu Pupo De Paula, during a courtesy call at the Ministry of the Presidency, this morning.