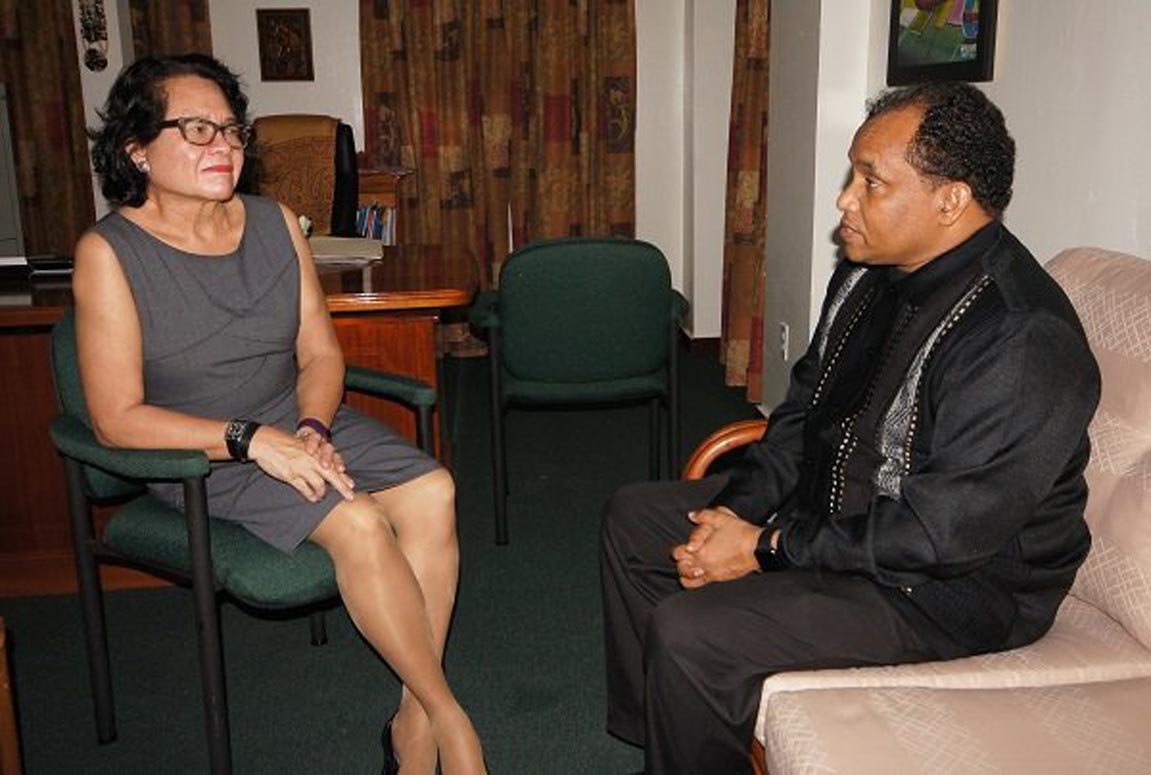 The meeting took place at the First Lady’s Office at State House.

In a brief comment, Pastor Subryan said that he travelled to Guyana to do some groundwork for the Florida-based group, Ambassadors for Christ, which has volunteered to set-up the hospital that will cater specifically to mental health issues; particularly among people identified to be at risk for suicide and survivors of suicide.

“The team is expected to be in Guyana by the end of March and the project will begin sometime later this year. I am just here to make some preliminary arrangements,” he said.

Suicide has been a significant issue in Guyana for many years and a number of Guyanese in the diaspora have volunteered their skills and services to help curb this social problem. Last month, the Health Ministry convened a high-level meeting with a wide range of stakeholders including non-governmental organisations and United Nations (UN) agencies to discuss ways to reduce the high incidences of suicide.