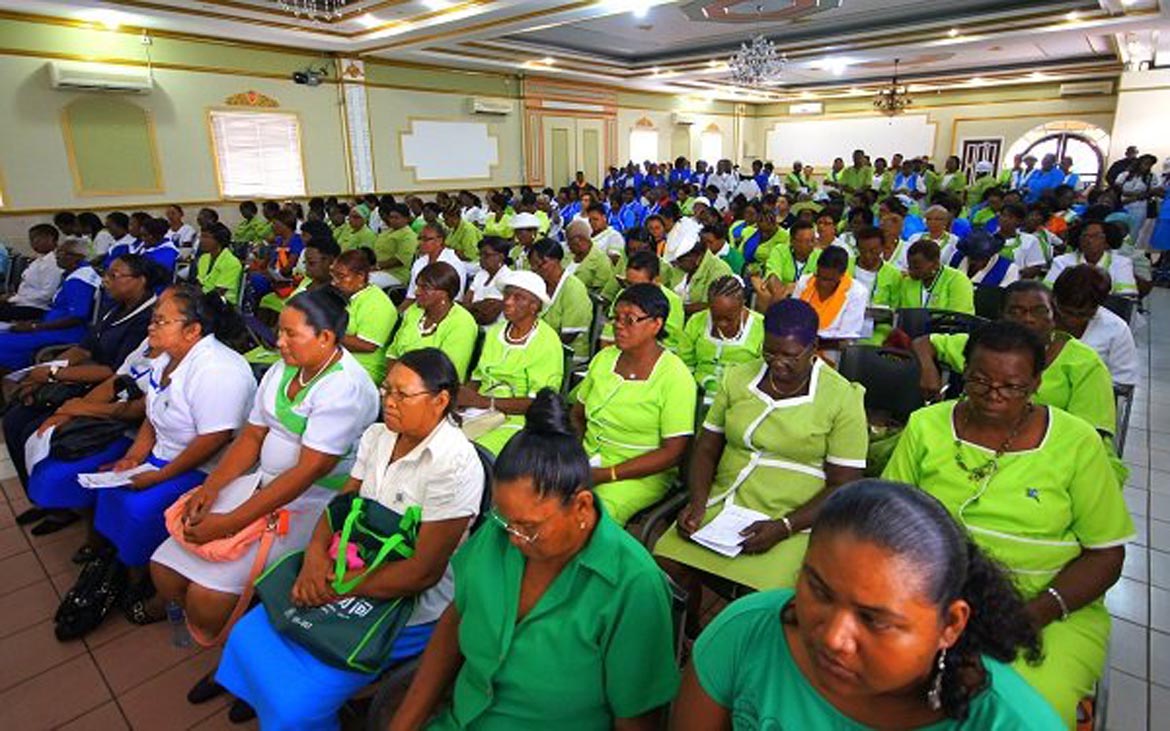 Georgetown, Guyana – (February 15, 2016) First Lady, Mrs. Sandra Granger, today, lauded the Mothers’ Union of Guyana for its continued service to the vulnerable sections of the society for the past 90 years.

The First Lady was at the time delivering the feature address at the opening of the organisation’s Annual General Meeting (AGM) at the Regency Suites, Hadfield Street, Georgetown. The two-day AGM is being held under the theme, “Celebration of Faith”. Referencing this theme, Mrs. Granger said, “the women in in the Mothers’ Union could not have accomplished all that you have without great faith; faith has brought you here, faith and prayer has guided the Mothers’ Union of Guyana, its executive and its members and I am certain that it will continue to do so as the Union attains and surpasses its centenary.”

She further noted that no one can question the strides the Mothers’ Union has made, particularly as it relates to supporting families. With reaches in the 10 Administrative Regions of Guyana, the organisation has successfully piloted a series of programmes designed to empower women and support children and the elderly. These include: income generating projects, day care facilities, parenting classes, programmes to nurture youths and children, feeding programmes, and hospital, parish and prison ministry.

“These programmes underline the fact that the Mothers’ Union of Guyana is focused on the vulnerable sector of our population and on building strong communities and supporting families,” the First Lady said.

Members of Mothers’ Union of Guyana

She pointed out that given the challenges that women in general and mothers, in particular, face every day, the importance of the services provided by the Mothers’ Union cannot be understated. Mrs. Granger explained that women continue to bear the burden of nurturing and educating and in many cases, providing for their families, while at the same time, grappling with issues such as sexual, mental and physical abuse, and human trafficking.

“Women work in the public and private sectors, in the field and the factory, in banking and commerce, in the medical profession, in education, in nursing and in the discipline services. Some women are self-employed, some work for minimum wage as domestics or shop assistants or security guards. Some go into the Hinterland lured by the promises of lucrative jobs and some migrate to North America and the Caribbean in search of better paying jobs. A woman’s life is a life of continuing and confronting challenges, of overcoming the obstacles thrown in her path each day…” the First Lady said.

As such, the First Lady welcomed a recent announcement by the Ministry of Education that it will be working to reintegrate the teenage mothers into the secondary school system, in keeping with Government’s mission to reduce the incidences of this social problem. 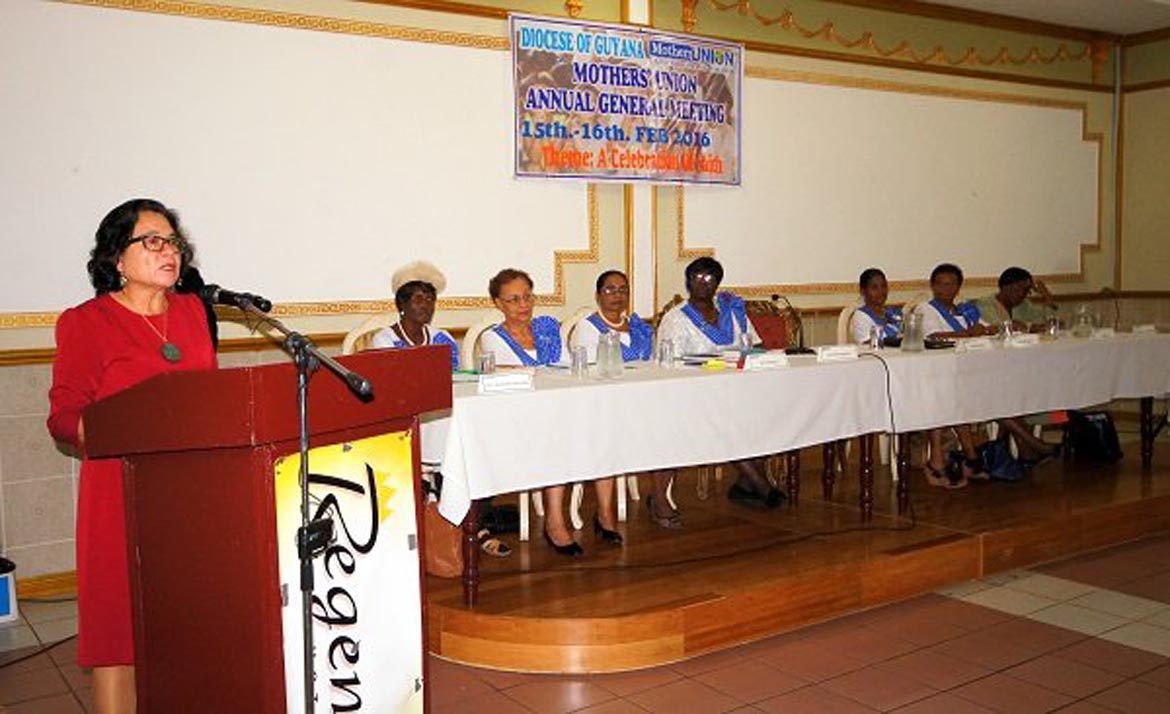 First Lady, Mrs. Sandra Granger delivers her feature address at the Annual General Meeting of the Mothers’ Union of Guyana

This cause is also one that is particularly close to the First Lady’s heart and, in December, her Office partnered with the United Nations Population Fund (UNFPA) to discuss new strategies to reduce this problem.

Mrs. Granger also spoke of the dangers that children are being exposed to in today’s fast-pace, highly technological society that makes them easy targets for online predators and urged parents to be more vigilant.

This year, the Mothers’ Union of Guyana is celebrating 90 years since it was first established at the All Saints Church in New Amsterdam, Berbice in 1926. The AGM saw the participation of members from parishes in Essequibo, Linden, Upper Mazaruni, Imbaimadai, East and Bank West Demerara, East Coast Demerara, Georgetown, East and East and West Berbice and Rupununi.