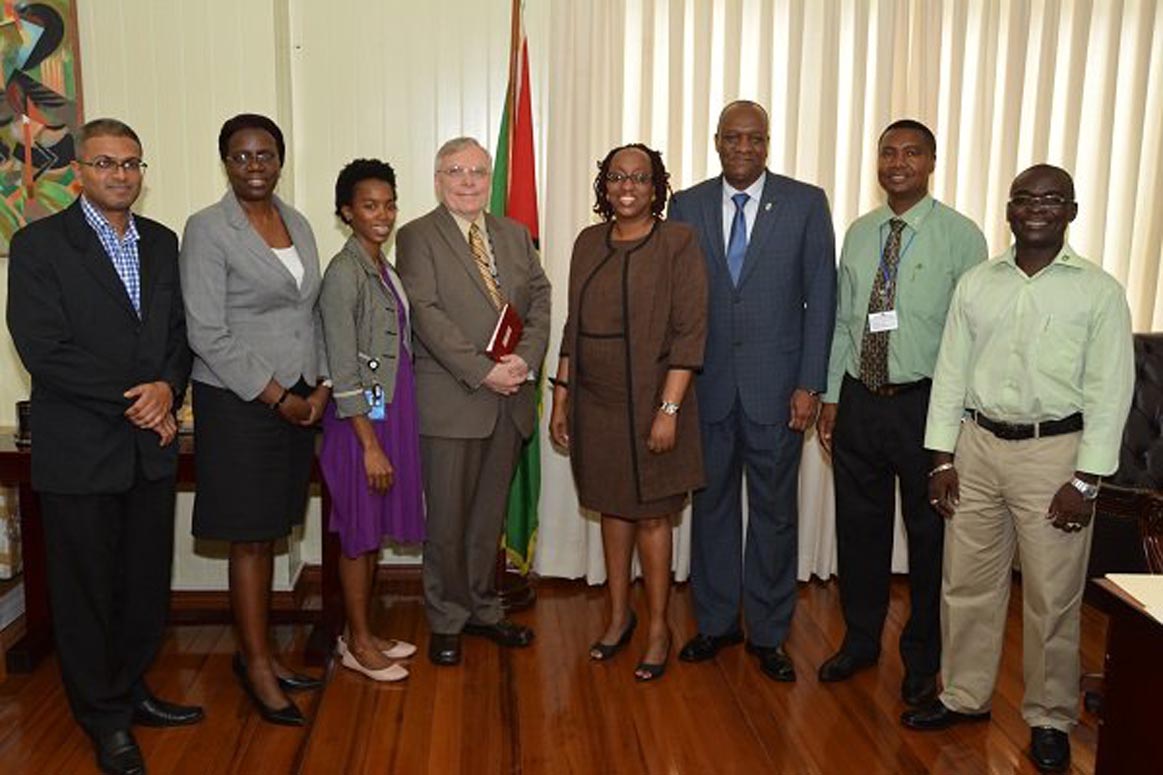 Georgetown, Guyana – (February 15, 2016) In keeping with its policy to ensure an efficient public service, the Government of Guyana has partnered with the Government of Canada to implement the Caribbean Leadership Project, which will see Permanent Secretaries and senior managers of Government ministries and agencies trained in the areas of service delivery, leadership, administration transitions and team building.

Minister Harmon expressed his appreciation to the Canadian Government for the initiative, noting that the Guyana Government is happy that its drive for a professional, efficient public service is being supported.

“It is the first time we will have a training [project] like this in Guyana and we are excited. This training for top level managers is part of the overall restructuring of the Public Service. I believe it is an important time for us in Guyana. I am excited for this cohort in Guyana and it is something, which we embrace as a government,” he said.

Permanent Secretary, Emil McGarrell embraced the initiative, noting that he has had the opportunity to participate in the project ‘Cohort Two’ in 2014 which was held in Barbados, Belize, St. Lucia and Canada and believes it can help to accomplish the Administration’s goals.

“I would really endorse this project because I was a part of it and it really makes a big difference. It provides an opportunity to develop leaders in the Public Service,” he said.

Meanwhile Canadian High Commissioner, Mr. Giroux, in an invited comment said that the project, which is a seven-year programme in the Caribbean funded by his Government, is aimed at training and enabling public and civil servants to deliver a high standard of service.

“We have had a regional programme for the past four years. The purpose is to train public and civil servants in the Caribbean and it is delivered through the Cave Hill School of Business. We hope that this will help Guyana to develop its public service, which is important to any democracy,” he said.

Dr. Parkes, who heads the project, said the team intends to commence training in Guyana from September 12, 2016. The session, which usually lasts for about five days, will target mainly the Permanent Secretaries, Heads and other senior managers of government agencies.

“We came here today to lay the foundation for that and to hear from the Minister, [the government’s] own vision for the development of the public service and to look for opportunities where we can collaborate as we seek to build the Caribbean Public Service,” she said.