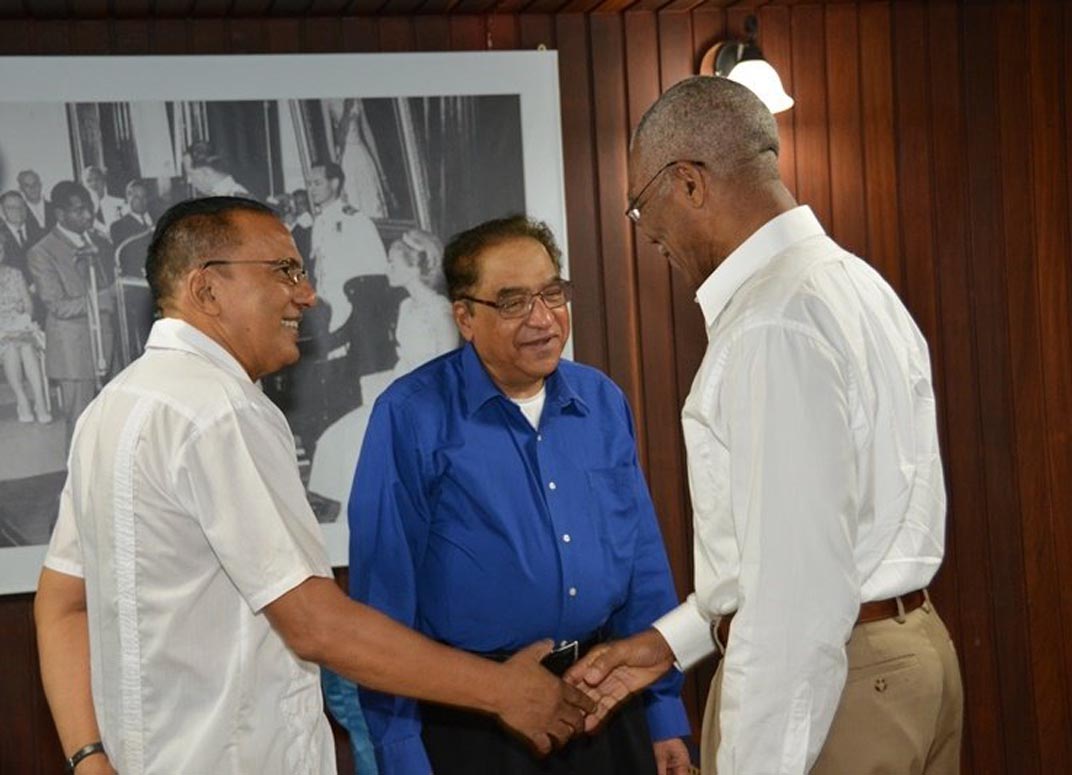 Dr. Farouk Ferouz made these remarks following a courtesy call on the President, this morning, at the Ministry of the Presidency.

In an invited comment, he said that the main purpose of his visit was to extend best wishes to the President, since during his short visit to Guyana he has seen a lot of progress.

“I wanted to wish him the best. He is a calm person and we want that in Guyana. I think he is doing a good job from what I have seen so far. For the time that I have been here, there is a lot happening. For this past year we have seen a lot. The place is so much cleaner now. We have to give him a chance and cooperate for a better Guyana. We are in a boat and its either we go together [forward] or sink together,” Dr. Farouk Ferouz said.