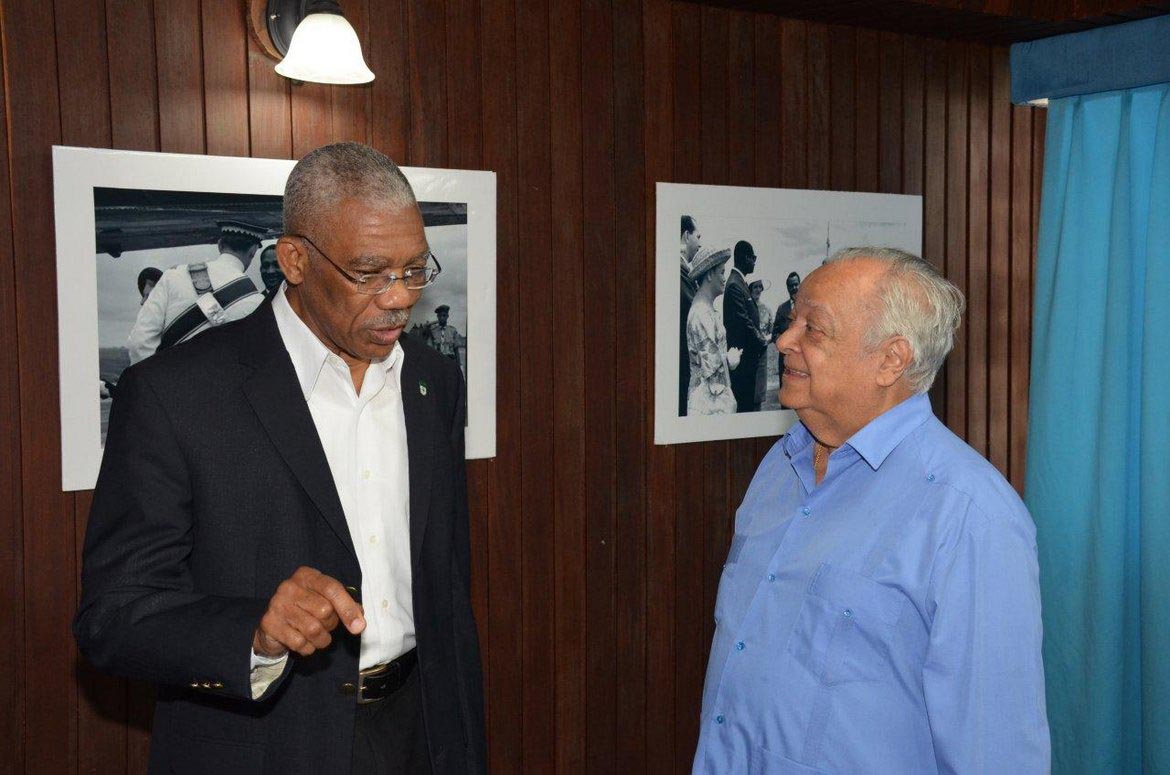 Georgetown, Guyana – (February 12, 2016) As the 50th anniversary of the signing of the Geneva Agreement nears, President David Granger said that he will once again raise the issue of Venezuela’s claim on Guyana’s territory regionally and internationally. The Head of State will advocate for Guyana at the 27th Inter-Sessional Meeting of the Conference of the Heads of Government of the Caribbean Community (CARICOM) in Belize on February 16-17 and later in the week will engage the Secretary-General of the United Nations, Mr. Ban Ki-moon at a meeting New York to continue to push for a juridical settlement of the issue.

“February 17 is the 50th anniversary of the signing of the Geneva Agreement and the Secretary General has specific responsibilities under the Geneva Agreement. Guyana has already signalled to him, in no uncertain terms, that we are prepared to go forward to have a juridical settlement and we are calling on him to exercise his mandate in accordance with the Geneva Agreement… We emphasised the role that he has to play,” the President noted.

President Granger noted that even as Venezuela continues to claim Guyana’s territory, it has also launched a “propaganda offensive” purporting that the Geneva Agreement invalidated the 1899 Tribunal Agreement.

“There is nothing in the Geneva Agreement which suggests an invalidation of an international agreement, by which borders have been drawn 116 years ago… Nothing in this agreement deprives Guyana of any territory and this is the message we are sending, but in addition to that we are looking to the United Nations Secretary-General to perform the functions, which have been given to him under the Geneva Agreement and bring this matter to a swift and successful conclusion. We are quite fed up of the Venezuelan aggression and harassment,” President Granger said.

The Geneva Agreement allows for the UN Ambassador to choose, as one of his options, a juridical settlement to the dispute. Guyana has indicated that is prefers such a settlement.

President David Granger makes a point, during his interaction with Sir Shridath Ramphal.

“Venezuela has not agreed to the line that Guyana has taken, that is, to proceed to juridical settlement and Venezuela is attempting to use the observance of the 50th anniversary of the Geneva Agreement to falsely convey the notion that the Geneva Agreement somehow or the other invalidates the 1899 Accord,” President Granger said.

The Head of State noted that the despite the Secretary General’s intervention at a meeting held on the side-lines of the United Nations General Council last year, Venezuela is still to Accredit Guyana’s Ambassador to that country. He added that Venezuela’s continued claims to Guyana’s territory have limited national development.

“A lot of the actions that the Venezuelans have taken over the past years have driven investors out. This must be the last year that Guyana has to suffer the indignities and aggressions of Venezuela. We look forward to having a juridical settlement so that we can pursue the development of our natural resources,” President Granger said.

On February 11, Guyanese diplomat, Sir Shridath Ramphal, visited President Granger at the Ministry of the Presidency and discussed the significance of the 50th Anniversary of the Geneva Agreement. Sir Shridath, who was then Minister of State in the Forbes Burnham Administration, was a member of the British Guiana team, which partnered with the British delegation to present Guyana’s case at the Geneva Conference in February 1966. 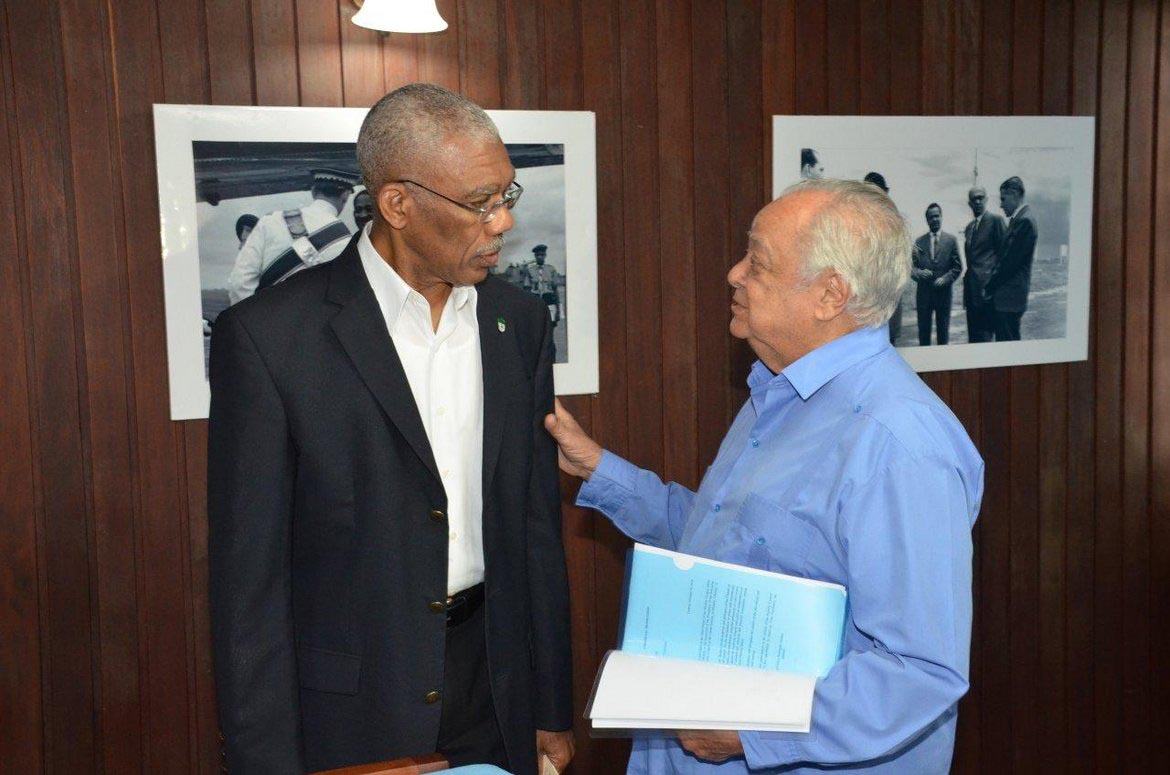 Sir Shridath said that a great deal of vigilance and diplomatic actions are now needed as February 17, 2016 – the date of the signing of the Agreement – approaches. “This is the day when the Foreign Affairs Minister would have to defend Guyana against a new Venezuela thrust,” Sir Shridath said. “We would be hard at work because Venezuela is now the Chairman of the United Nations Security Council and we can expect no favours… this is not just the 50th anniversary of the Geneva Agreement, but the 50th anniversary of Guyana.”

According to the Geneva Agreement, which was made between Venezuela and the United Kingdom of Great Britain and Northern Ireland on February 17, 1966, just months before Guyana gained Independence, a Mixed Commission “of Guyanese and Venezuelan representatives would be established to seek “satisfactory solutions for the practical settlement of the controversy between Venezuela and the United Kingdom, which has arisen as the result of the Venezuelan contention that the Arbitral Award of 1899 about the frontier between British Guiana and Venezuela is null and void”.

According to the Agreement, if following the report of the Commission, Guyana and Venezuela do not reach an agreement then the countries must choose “one of the means of peaceful settlement provided in Article 33 of the Charter of the United Nations.” A juridical settlement is one such option available to the Secretary-General. Nowhere in the Agreement does it even suggest that the 1899 Arbitral Award had been nullified.