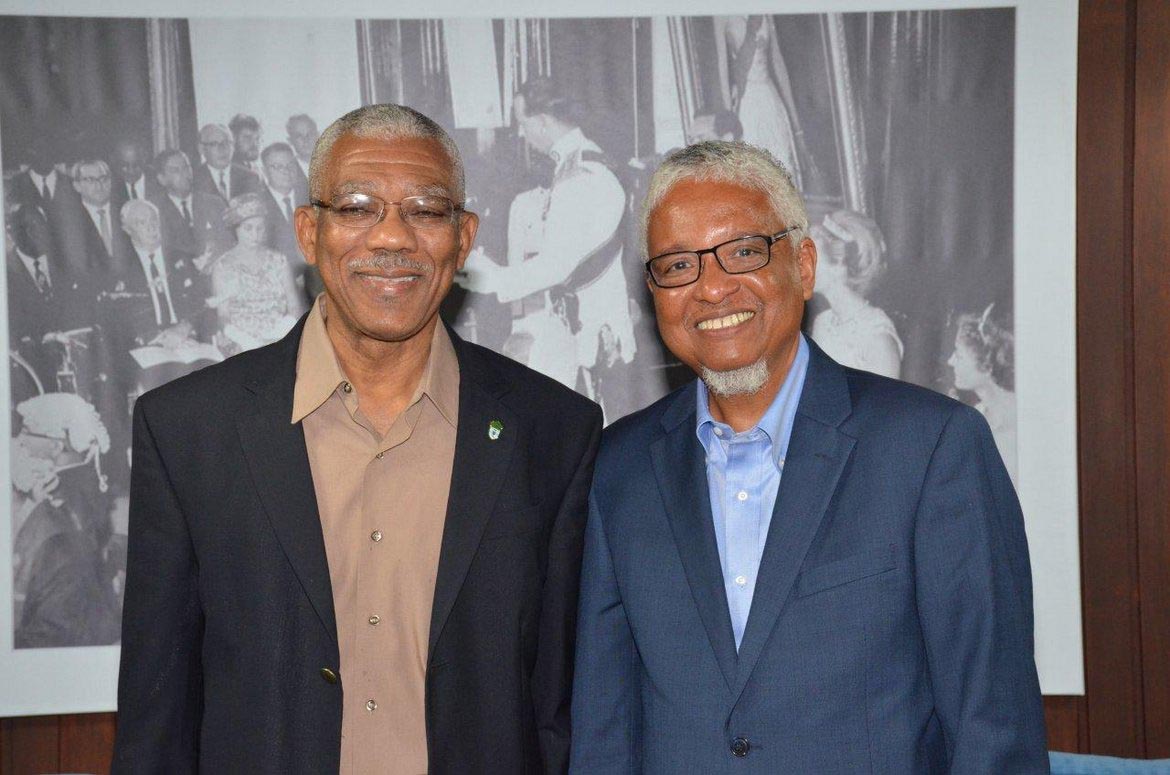 Georgetown, Guyana – (February 10, 2016) President David Granger, today, met with Chancellor of the University of Guyana (UG), Professor Nigel Harris to discuss matters related to the repositioning of the institution such as effective governance, finance and the maintenance of infrastructure, enhancing research capabilities and students’ experience.

In a brief comment after the meeting, which was held at the Ministry of the Presidency, Professor Harris said that the President sees UG as critical to Guyana’s development.

President David Granger and Chancellor of the University of Guyana, Professor Nigel Harris at the Ministry of the Presidency

He added that President Granger has pledged his commitment to continue working with the university to identify and mobilise the resources that are needed to facilitate a turnaround at the institution.

Professor Harris was appointed as UG’s new chancellor in August last year. He previously served as the Vice-Chancellor of the University of the West Indies.

New GDF officers must embrace the hallmarks of service to citizens, community and nation – President says at Commissioning Parade