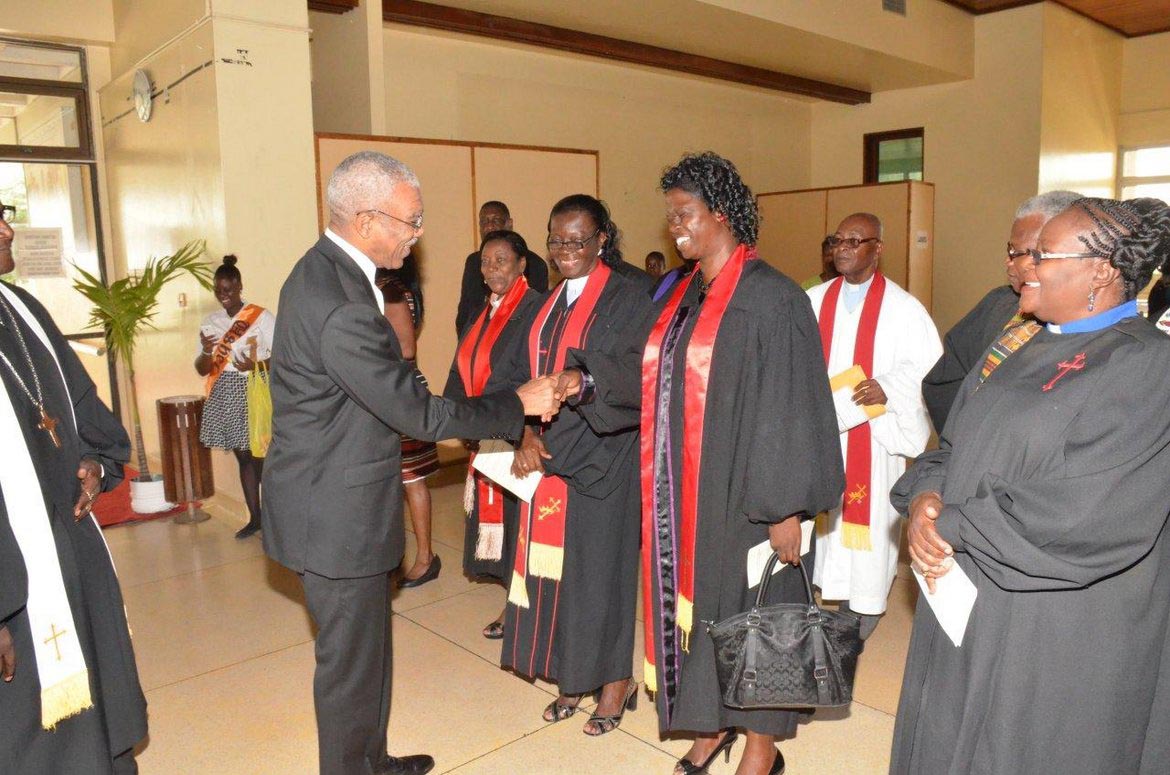 Georgetown, Guyana – (February 7, 2016) President David Granger, today, called on the Congregational Church of Guyana to lead efforts, as it once did, in rebuilding communities and villages through education, social services and leadership.

Speaking at the 208th anniversary celebrations of the Guyana Congregational Union (GCU), which was held at the National Cultural Centre (NCC) under the theme “GCU on the move, creating the right image”, President Granger said that the Congregational Church has been the midwife of community life and worship for many Christians in villages for over 200 years and has a longstanding record of stewardship.

“I have been impressed by the extent and expanse of the congregations from Albion to Zoar in Plaisance – what I called the ‘A to Z’ of churches. The Congregational Church has been the light of Christianity in Guyana. Congregationalists have given light to communities for over two centuries,” President Granger said. “The Government of the Cooperative Republic of Guyana today expresses its appreciation and congratulations to the Guyana Congregational Union for its service to this nation. There is much to celebrate.”

Congregationalism pioneered religious education for the enslaved populations of Guiana, establishing schools to teach the poor; forging strong ties with our rural communities and villages and always working in the interest of the lesser fortunate, he said.

“This nation is eternally indebted to Congregationalism for the role it played in education, both during and after the dark age of enslavement….Congregationalism was integrated into the communities in which they ministered. Churches were more than houses of worship; they were classrooms of learning; they were community centres… Congregationalism and communitarianism in Guyana are inseparable,” the President said.

President Granger meets the Ministers and Leaders of the Congregational Church on his arrival at the National Cultural Centre for the anniversary celebration.

To this end, he said, as Guyana prepares to host Local Government Elections and to celebrate our 50th Independence Anniversary, dubbed “The Year of the Renaissance”, now is an opportune time for the Church and Guyana to reclaim the spirit of community solidarity – communitarianism – which characterised the church’s early work in here.

“The Congregationalists in Guyana have had 200 years of experience in working with people and with communities. It was the Congregationalists who courageously carried Christ’s gospel to the victims of the greatest crime against humanity over two centuries ago. Their descendants look to the Church, once again, to continue this holy task – to become beacons of hope for our communities, to help dispel despondency, to develop strong communities and to develop our country. Congregationalists are urged to renew the Covenant of 1808 to confront the challenges of this new century and of this new era in Guyana’s history,” President Granger told the audience.

The President said his Administration will strengthen community cohesion, community development, community policing and community schooling, all in the interest of building a stronger more united society.

“I believe in communitarianism. I established, for the first time in Guyana, a Ministry of Communities. I proclaimed, for the first time, a National Day of Villages on 7th November every year as a reflection not only of the past role, but also of the future prospect for community development. I promised, and will ensure, that 40 days and 40 nights from now, communities will be re-democratised after a dark episode of dictatorial domination. I promised and I will ensure that Local Government Elections, which have been obstructed for nearly two decades will be conducted. Citizens will be re-empowered to manage their municipalities, neighbourhoods and villages once again,” he said. 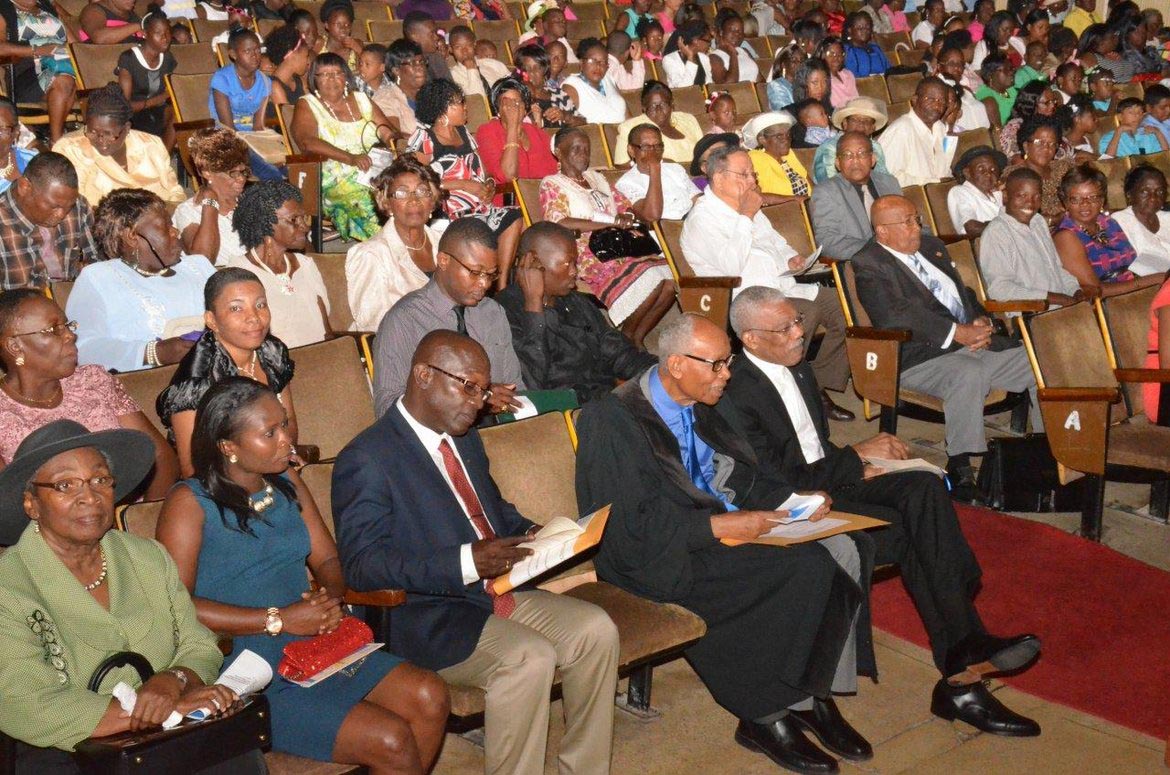 The Head of State pointed out that too frequently communities are affected by serious social problems; anaemic economies; dysfunctional families; crime and misdemeanours; infrastructural damage, decay and deterioration; insecurity; interpersonal violence; alcoholism and drug abuse; depopulation; youth unemployment and poverty and work must urgently begin to address these issues.

“Some communities have become mere dormitories where people go home to sleep at night and depart early the next day to go to work somewhere else. Communities throughout Guyana today, need a renaissance, renewal and restoration. Communities are where most of our people live. They need a collaborative effort of the State, religious and non-governmental organisations to remedy the disease of despair. The Government, however, cannot repair the damage alone,” he said.

Meanwhile, Former Chair of the GCU, Pastor Oslen Small, in giving an overview and history of the GCU, pointed out that it is the President, who is also a historian, who provided the information that was needed to gather the overall history of the Church in Guyana.

He said that the Church’s beginnings date back to 1808 when Mr. John Wray, from the London Missionary Society (LMS), arrived in Guiana, which was then ruled by the Dutch. By 1883, the British Congregational Union of Guiana was formed. Today, it has Churches in almost all ten regions of the country.

Ministry of Social Cohesion, Caring for Others take outreach to Mocha Arcadia