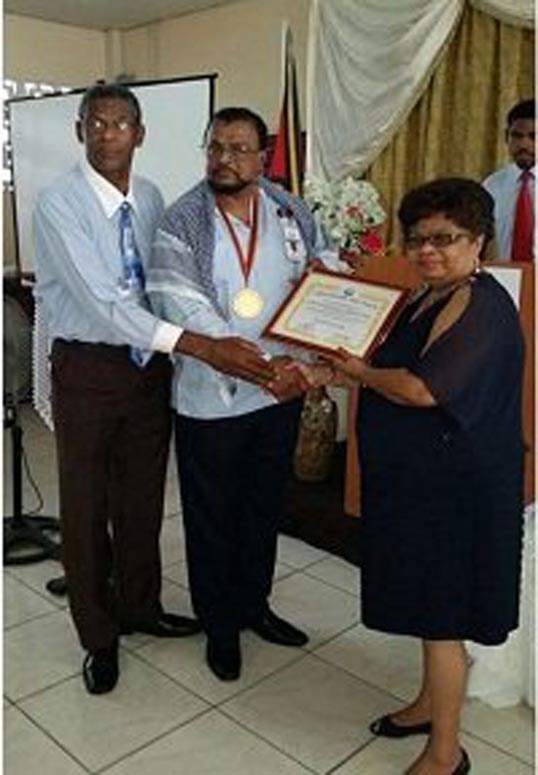 Georgetown, Guyana – (February 2, 2016) Minister of Social Cohesion, Ms. Amna Ally, was on Sunday, bestowed with the Universal Peace Federation Award and the title of Ambassador of Peace for her work in fostering social cohesion and national unity.

National Chairman of the Universal Peace Federation, Mr. Roshan Khan, remarked that the Ministry of Social Cohesion plays a pivotal role in creating an enabling environment for unity and harmony in Guyana. He appealed to the nation to support the new Administration’s social cohesion plan for the good of the country.

Mr. Khan also said that every Guyanese should work tirelessly to eliminate barriers that create disharmony and embrace the Minister and her Ministry’s efforts to eliminate inequalities and divisions.

In addition, the leaders of the Federation said that one of the main goals of the award is to propagate world peace with the intention of fostering unity among mankind.

Ambassadors are identified based on their roles and contribution to society. Awardees are usually recognised for their commitment to promoting reconciliation, building peace, initiating mediation processes and promoting harmony.