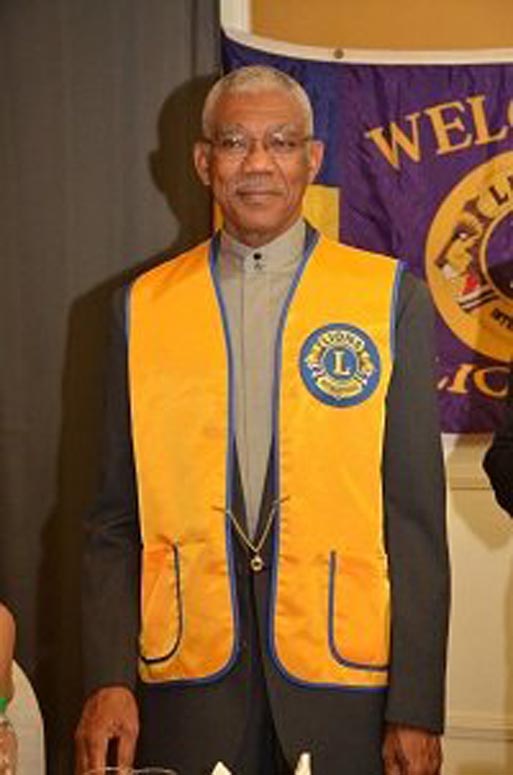 Georgetown, Guyana – (January 31, 2016) Following his induction as an Honourary Member to the Lions Club of Bel Air, President David Granger challenged to Club and other similar organisations to look at their plans of action to ensure that they responsive to the needs of the country.

Even as he made this call, the President, who was speaking at the Lions Club of Bel Air’s 43rd Charter Anniversary at the Georgetown Club on Saturday evening, congratulated the Club for their service to the country.

“You have a good reputation. You have a proud record of service and I congratulate you,” President Granger said, adding that he is proud to be a Honourary Member. However, the Head of State said that in a year that he has designated, the year of National Renaissance, Guyana’s 50th Anniversary of Independence, it is critical that all Guyanese come together to address the problems facing the country.

To this end, President Granger called on the Lions to be guided in their work by what is taking place in the rest of the country.

A Proud Lion: President David Granger in his full attire as Honorary Member of the Lions Club of Bel Air

“That Renaissance requires responsiveness and this is the year in which we can respond more vigorously, more purposefully to deal with the problems facing the society; problems which are corroding our social fabric, problems which are gnawing at the nation’s economic muscle, problems, which are rotting the moral fabric of society,” the President said.

The Head of State added that it is his personal hope that Guyana’s 50th Anniversary of Independence will be a time of reconciliation as Guyana heals the wounds and repairs the damage of the period leading up to the 1966. 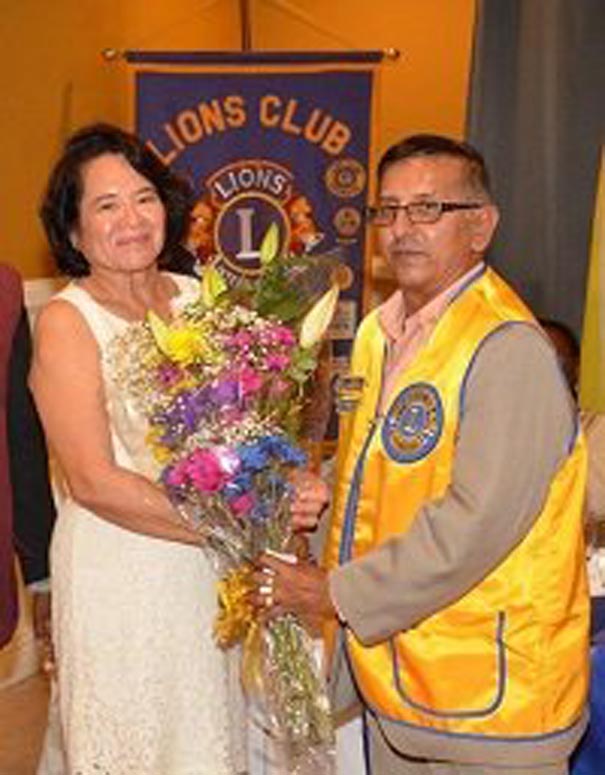 First Lady, Mrs. Sandra Granger receiving a bouquet of flowers from a Bel Air Lion, at the 43rd Charter Anniversary of the Club, where President Granger was inducted as a Honourary Member.

He said, “We have to work together to achieve that national unity and in order to improve national cohesion in order to develop that common purpose and enhance the common good… It is not going to be easy but we will not get much further forward, we will not move much faster unless we heal those divisions and achieve a common purpose; that purpose of being Guyanese, of building a kinder, gentler, more humane society.”

The President named among his critical priorities at this time; crime, disease, access to education and teenage pregnancy and poverty.

“I have a plan of action in designating this the year of Renaissance and I hope that I will be able to more positively tackle the problems of children’s education, of juvenile crime, of disease; particularly of maternal deaths and of poverty if we are to achieve that target of a rebirth, something I dream about.” 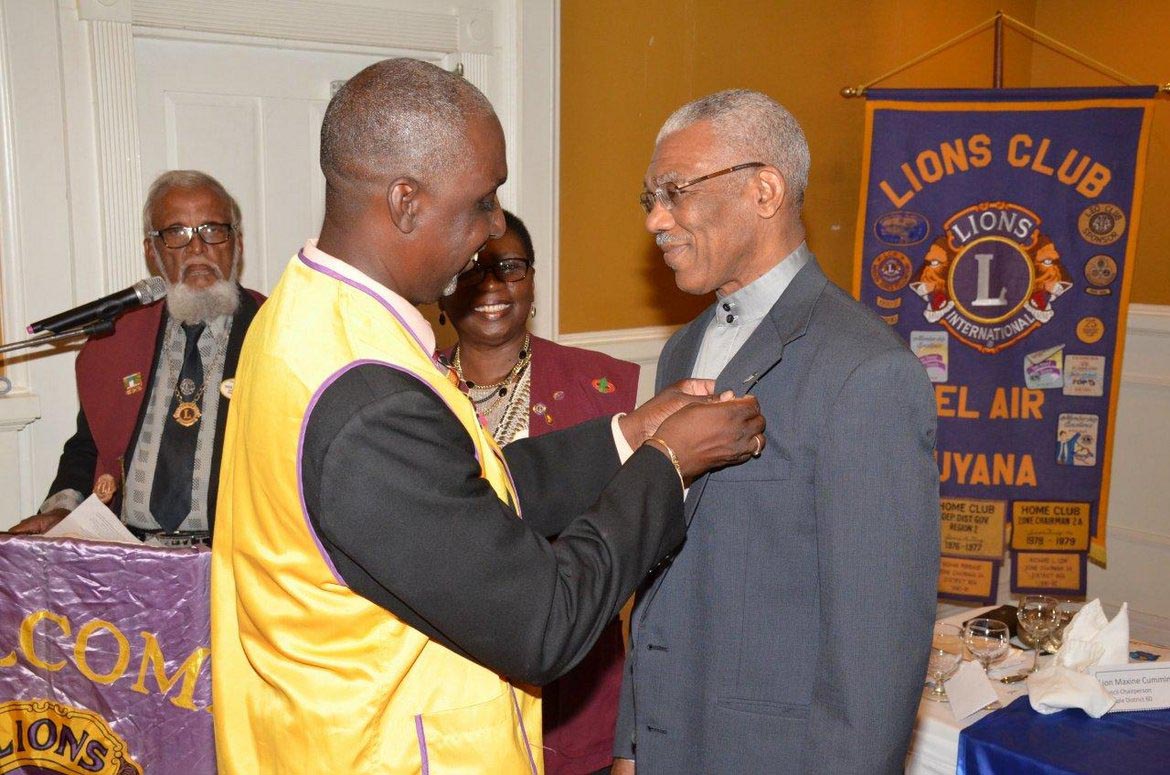 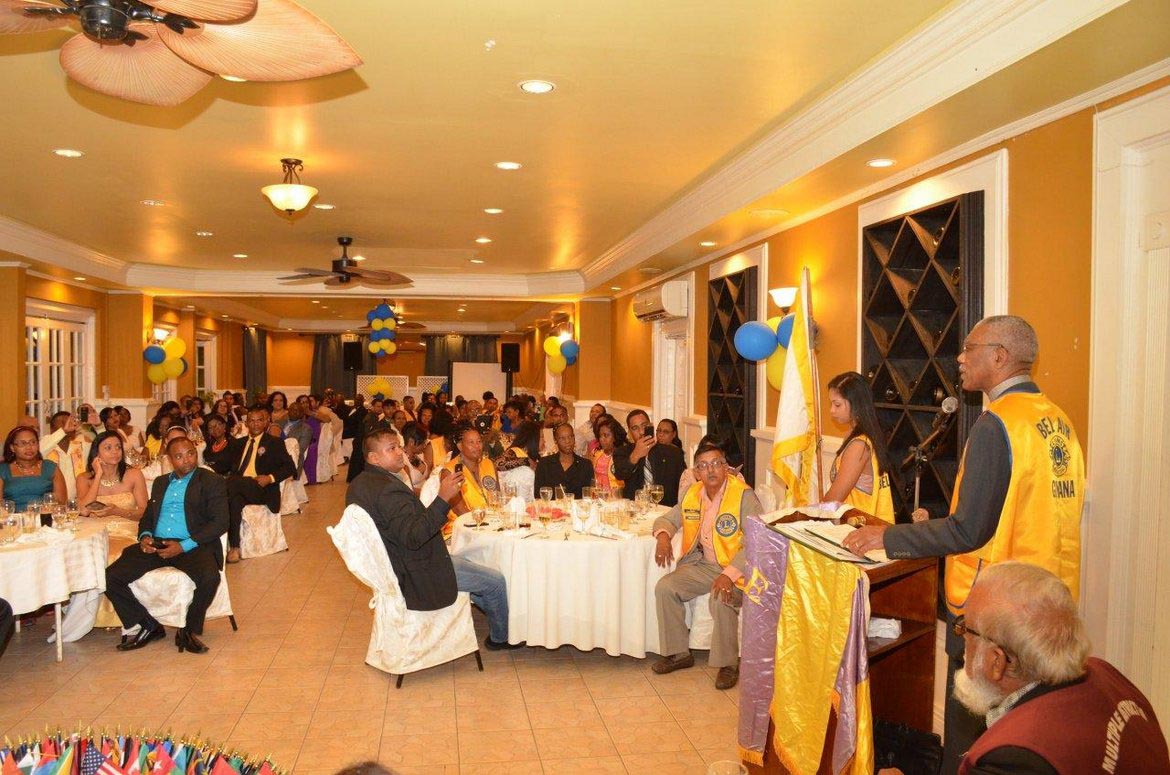