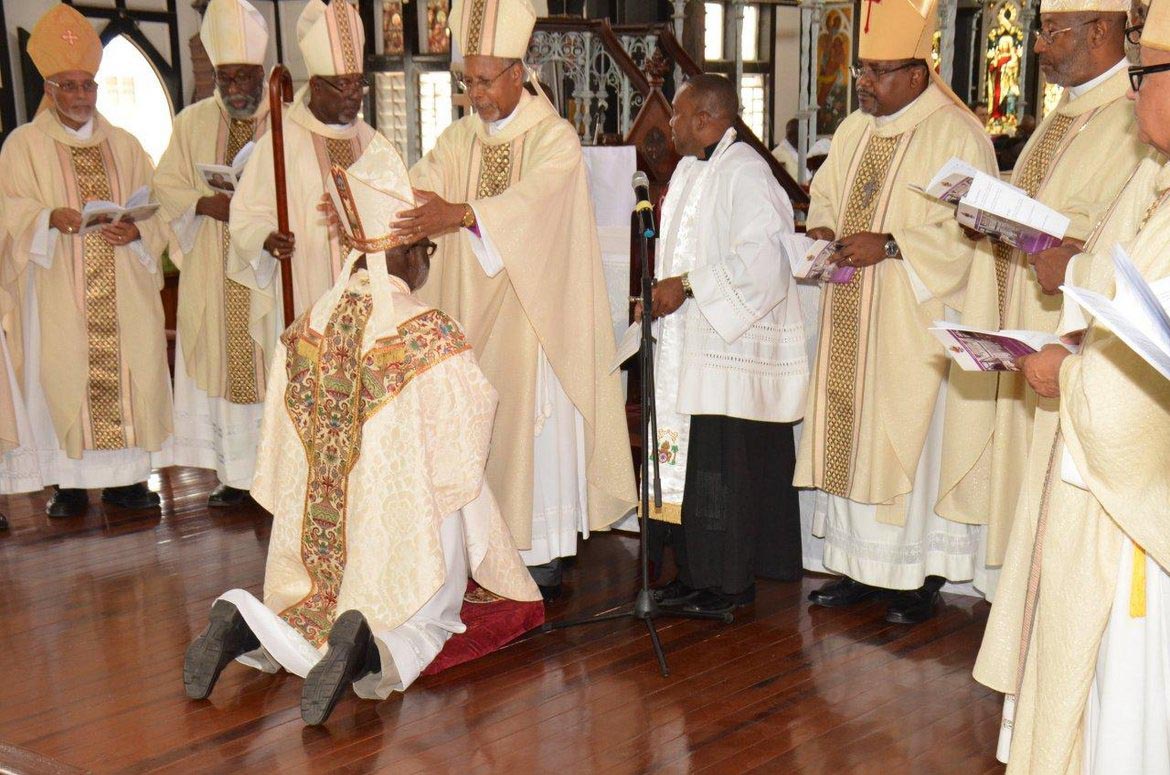 Georgetown, Guyana – (January 31, 2016) President David Granger has issued a call for citizens to redouble their efforts to build strong homes, churches and schools in an effort to tackle what he described as the “four horsemen” that are hindering the country’s development and corroding the social fabric of society. These are: crime, disease, ignorance and poverty.

He was at the time addressing the congregation of the Guyana District of the Methodist Church in the Caribbean and the Americas at the closing rally of its 2016 Conference held at the National Cultural Centre.

“Together we must work to achieve the national unity we dreamt of 50 years ago. We must enhance the social cohesion we hoped would have been the dividend of Independence; recommit ourselves to building this beautiful country,” the President said.

Speaking on the issue of crime, the Head of State said that strong institutions (homes, schools and churches) are critical in order to nurture the young generation, particularly through the difficult adolescent years and encourage them to stay on the right path. The Head of State noted that it is also important to address the causes of crime.

The second issue the President believes is hindering Guyana’s development is the proliferation of diseases such as dengue, malaria, gastroenteritis and more recently, chikungunya and zika. “We are called to ensure a cleaner and greener environment, a more sanitary and healthy environment so that we can bring up our children in a healthy country and overcome that horseman of epidemic diseases,” the President said.

Ignorance is another, the President noted, is another factor that must be addressed in order for the country to move forward. He said is the greatest threat to the country’s development and explained that too many children are failing exams even at the primary level; not being qualified to enter secondary schools, while those who enter are ill-equipped to complete.

“Every year over 4,000 Guyanese children drop out of primary and secondary schools. Many of them are semi-illiterate or completely illiterate. We cannot build a country, we cannot build a new society, we cannot go into another 50 years of Guyanese Independence with a population, which is dropping out of school at this rate,” President Granger stressed.

The President’s drive to ensure that every child, without exception, attends school has given birth to the now overwhelmingly successful ‘Three Bs’ programme, which has already touched the lives of children across the country.

With regard to the issue of poverty, the President said that it is the root of inequality which affects a large part of the population; preventing them from getting an education and overcoming diseases and seducing young people into a life of crime.

“Poor people have very few choices…the Government cannot solve these problems alone. The message I bring today to you today is to appeal to the Methodist Church to work with other non-governmental organisations, other religious organisations to overcome these four horsemen of the apocalypse,” he said.

The annual conference saw a series of activities over the past week including a health fair held in Georgetown yesterday. It brought together members of Berbice, Essequibo, Mahaica, West Demerara, Georgetown chapters of the Methodist Church in Guyana.

Another high point of the conference was the appointment of Bishop Glenna Spencer as the organisation’s new District President. The conference was held under the theme, “Vision 2300+ Moving Forward, Empowered by the Holy Spirit”.