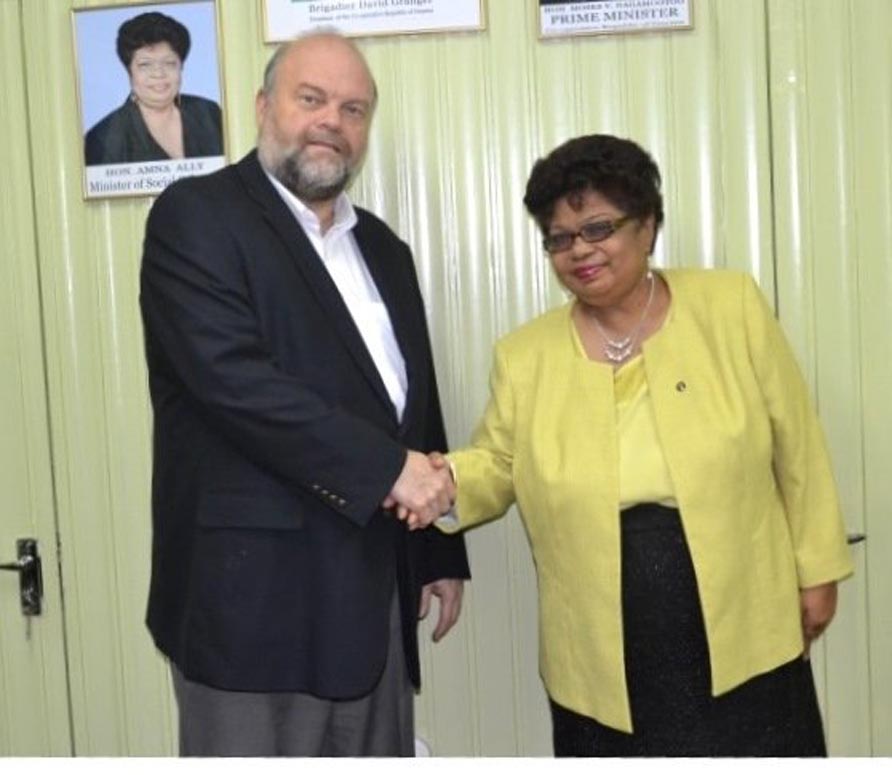 This is the first official meeting between the two administrators.
Ambassador Holloway said that he wanted the opportunity to meet the Minister formally and to extend his support to her Ministry and projects.

Minister Ally said that she is looking forward to the working with the Embassy and the Ambassador.

US Ambassador to Guyana, Mr. Perry Holloway, and Minister of Social Cohesion, Ms. Amna Ally, at their first official meeting, this morning, at the Ministry of the Presidency.