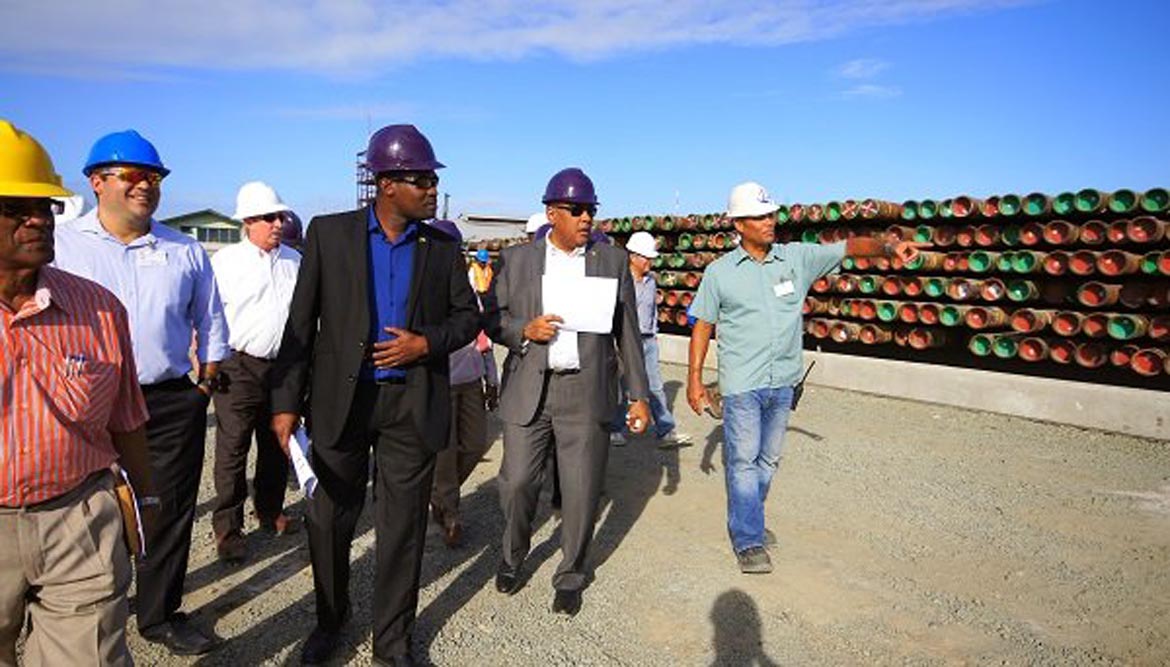 Georgetown, Guyana – (January 28, 2016) Minister of Natural Resources, Mr. Raphael Trotman, and a team, today, toured oil giant ExxonMobil’s storage yard at the Wieting and Richter Wharf to get a closer look at the company’s drilling pipes and other equipment, as it prepares to start drilling its second well here.

Minister Trotman was accompanied by Minister of Business, Mr. Dominic Gaskin and Minister of Public Infrastructure, Mr. David Patterson on the visit

In 2015, ExxonMobil drilled the Liza-1 well in the Stabroek Block and found a significant amount of hydrocarbons that indicates the presence of oil in commercial quantities. A drilling vessel arrived in Guyana’s waters few days ago to commence drilling the Liza-2 well in the same block.

Minister Trotman will be visiting the Stabroek Block to tour the vessel in a few weeks.

In an invited comment, Minister Trotman said, “we have satisfied ourselves that Guyana has oil and this now will go to ascertain, perhaps, how much of it we really have. This well is going to be near to the first one to see how wide and how deep the reservoir is.”

He added that both Ministers Gaskin and Patterson have a vested interest in the development of the oil and gas sector, since the presence of oil tends to have a ripple effect on the services, construction and transportation sectors.

While acknowledging the need to exercise cautious optimism in the oil business, he said that the level of preparation and investment that ExxonMobil is making is evidence of its confidence that a significant amount of oil is there to be extracted.

Social Cohesion Ministry, Caring for Others reach out to vulnerable families in Region 5