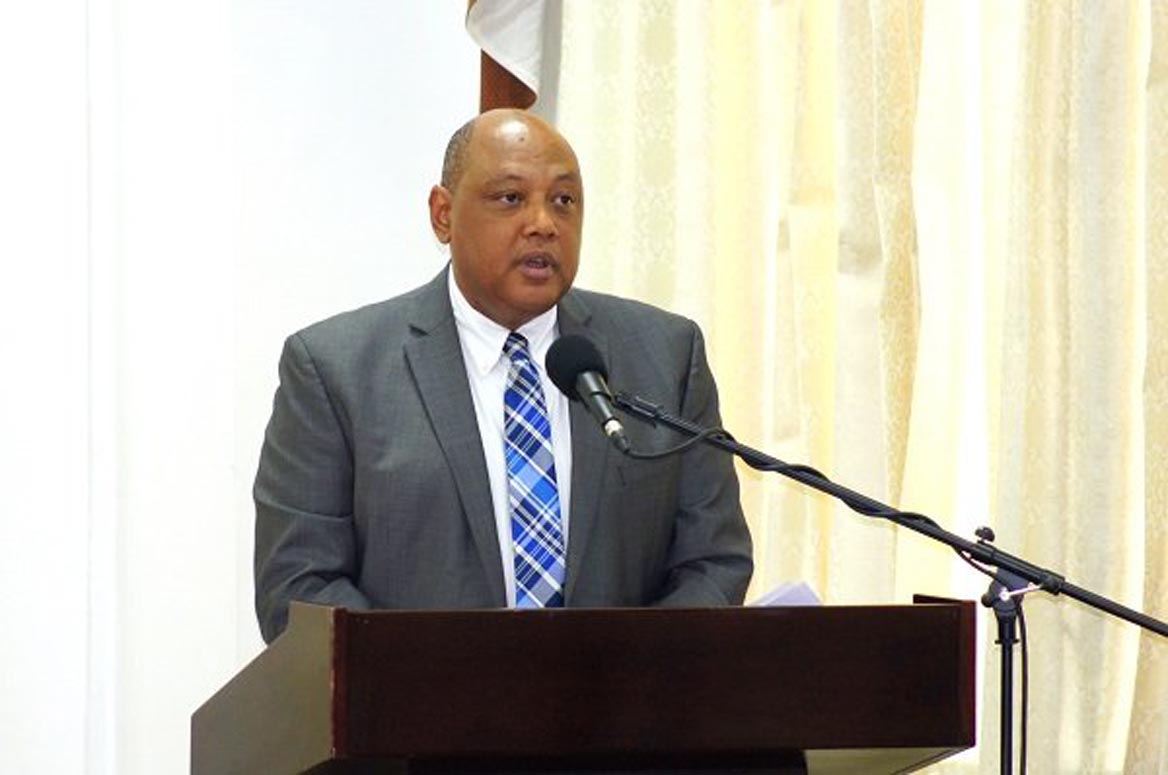 Georgetown, Guyana – (January 28, 2016) The Government of Guyana, through the Ministry of Natural Resources will soon unveil a National Action Plan aimed at minimising and, as far as possible, eliminating the use of mercury in mining operations, while equipping miners with new skills that will increase their competitiveness on the job market.

Speaking at the at the Arthur Chung Convention Centre today, Minister of Natural Resources, Mr. Raphael Trotman, made this announcement at the Training of Trainers Workshop, which will support the provision of technical training in extractive industries in Guyana. .

The training is a joint effort by the Guyana Geology and Mines Commission, the Guyana Mining School and Training Centre, the Inter-American Development Bank (IDB), the Canadian International Resources and Development Institute and the Ministry of Natural Resources.

The programme will ensure that miners and officials are trained in international best practices, mines management and alternatives to mercury mining.

In his feature address at the event, Minister Trotman said that the training initiative includes measures to modernise the technology used in the sector and to reduce the dependence on mercury, in keeping with Government’s goal to foster greener, more sustainable and efficient gold mining practices.
“Amalgamation remains the preferred method of the recovery of gold from concentrates. This traditional process has relatively low recovery rates; generally below 50 percent, and is associated with the release of mercury, unfortunately, into the environment. Globally, artisanal and small mining operations are reported to be responsible for over 700 tonnes, per year, of mercury emissions into the atmosphere and an additional 800 tonnes mercury release to land and water, making it the largest anthropogenic source of mercury. This training intends to change that,” Minister Trotman said.
According to the Minister, Guyana has not remained untainted by this reality as the use of mercury in the small and medium-scale mines has adversely impacted indigenous communities and the environment. 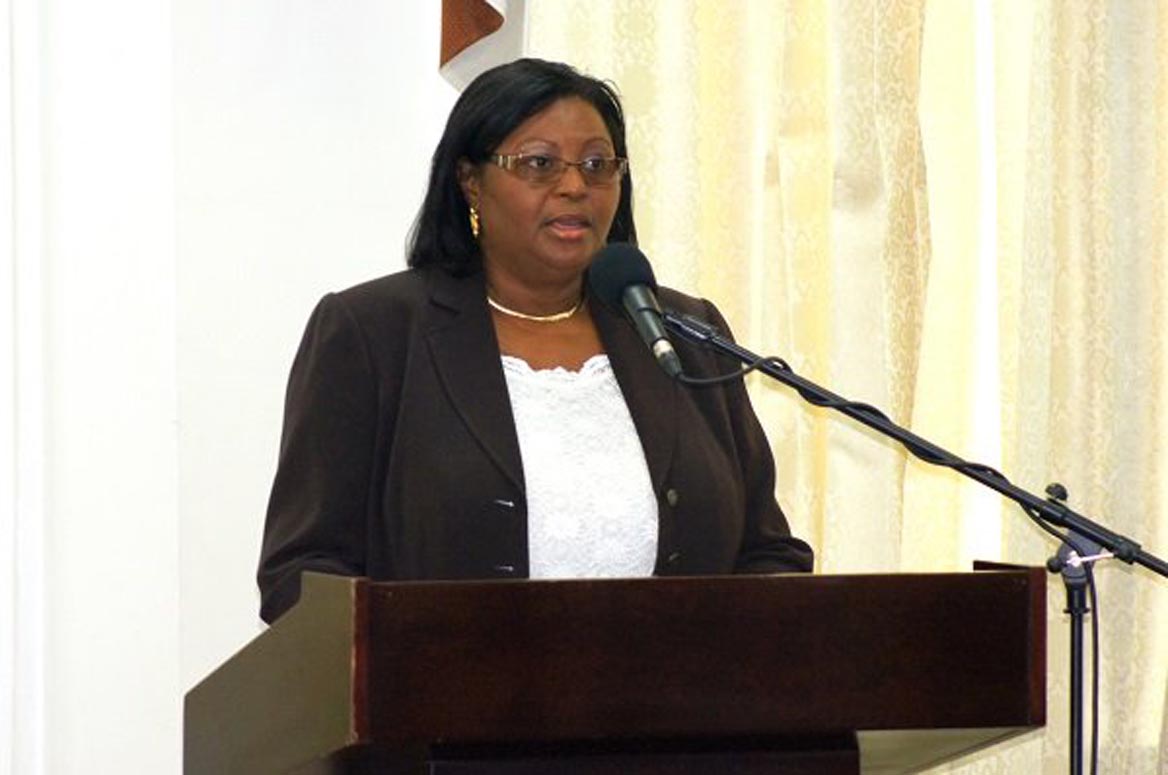 In the wake of this, the Ministry of Natural Resources is in the process of finalising the National Action Plan, which will be mandated to minimise and, where feasible, eliminate mercury releases into the air, water and land by adopting environmentally sound management practices in a phased approach. Additionally, the Compliance Division, which is expected to be added to the Ministry, will be tasked with ensuring that the Action Plan is implemented on its completion.

The Minister also pointed out that with the recent discovery of oil and gas in Guyana, the training will ensure that Guyanese are able to gain employment in these areas, when the demand for a workforce increases.
“A country’s prospects for development depend on its people; their skills and their training. Guyana is on a transformative path in this industry and we want to equip our workforce on a world class level,” Minister Trotman said. “We are ensuring that everyone is employable as a continuation of the new and fresh approach.”

Guyana’s extractive sector will be a boon to its economic development and though its vast potential has not yet been fully realised, already it contributes to the total wealth of the country as it meets the requirements of national low carbon green development, he added.

The training is also expected to introduce skills which, through sustained practice, will drastically reduce or eliminate the number of mining deaths. Sessions will be held for officials and miners in Georgetown, Linden, Mahdia and in the North West. Plans are also in train to open expansion centres in these areas to facilitate the training.

Meanwhile, Dr. Adam Keifer, a representative of the Canadian International Resources and Development Institute, who is in Guyana to assist with the project, said that it has been divided into three phases. Phase I will cater to consultations, meetings, the exchange of ideas and introduction to the actual programme. Phase II will entail a week-long training session at the Guyana Mining School and Training Centre Laboratory in Linden and Phase III will entail filed training sessions with miners in Mahdia, Region Eight.

Ms. Sharon Miller, Chief of Operations of the IDB in Guyana, which will be funding the programme, said the Bank is pleased to lend its support as it believes that Guyana can be a trendsetter in this area. “We are happy to share in the start of this programme. Mining is central to the economic fortunes and environmental impact of a country and this sector occupies a central point in Guyana. There is a really strong commitment from the Government of Guyana in ensuring that there is a sustainable approach to mining and we applaud Guyana in this long-term commitment to environmental sustainability. This activity will add a new dimension to technical and vocational training and Guyana can really become a trail blazer in this regard,” she said. 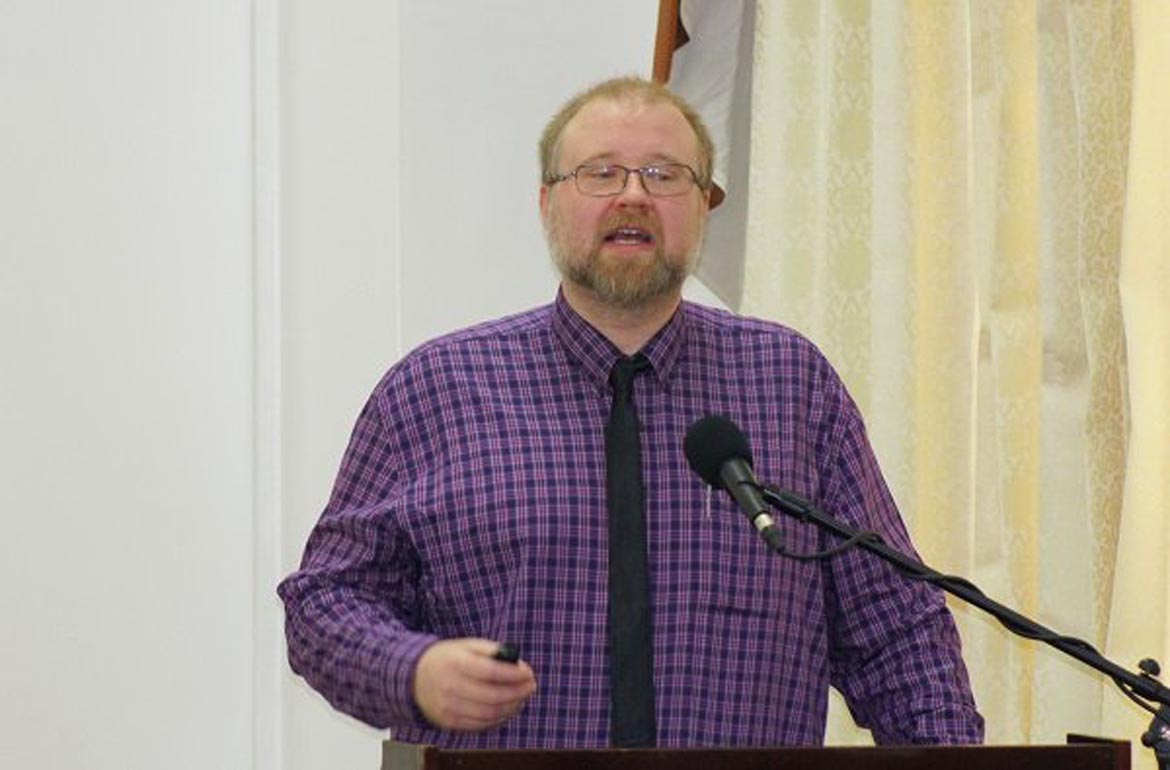 Dr. Adam Keifer, from the Canadian International Resources and Development Institute, makes a point at the extractive industry training session this morning.

New State Board members called on to assume ‘one team’ approach