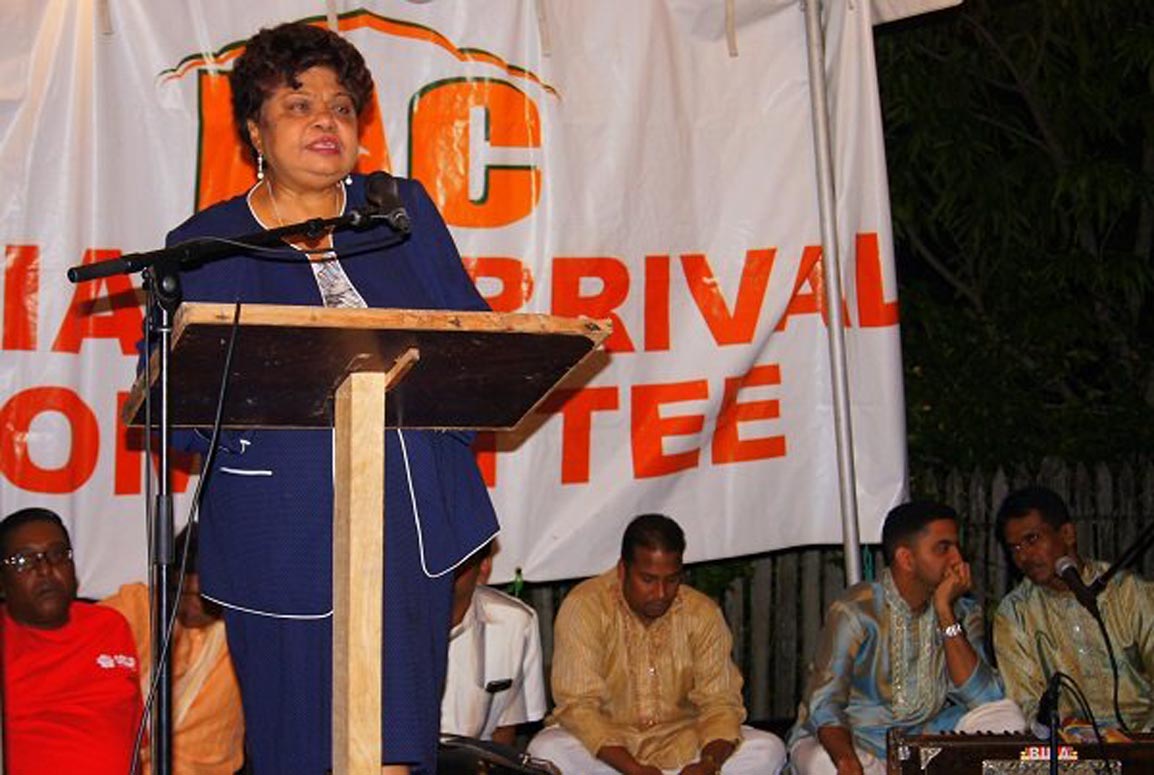 Georgetown, Guyana – (January 26, 2016) On the occasion of the eighth anniversary of the Lusignan massacre, which claimed the lives of eleven persons, including five children, Minister of Social Cohesion, Ms. Amna Ally, pledged Government’s support and resources to promote healing and reconciliation, at an interfaith service held this afternoon, at Grass Field Lusignan, East Coast Demerara.

At the service, which was hosted by the Indian Action Committee, formerly known as the Indian Arrival Committee, Minister Ally told the gathering that as they reflect on the senseless loss of lives, their aim moving forward should be to restore peace and harmony and to make their neighbourhoods, communities and country, places that they would be proud to call their own.

“Lusignan, I want to encourage you today to remain as resilient as you have been. You are a model community and have demonstrated that strength can be born out of adversity,” Minister Ally said.

She also underscored the importance of teaching children the value of a peaceful and cohesive society. Alluding to Mahatma Gandhi, she said, “If we want to reach real peace in this world, we should start educating our children”.

In committing Government’s support, Minister Ally said in the new week her ministry will create avenues to work with the community to foster social cohesion and to promote healing and reconciliation. “I am prepared to make the expertise and officials of my Ministry available to organise workshops, to speak to the various groups in the community about what social cohesion is, and your roles as individuals, groups and as a community, in fostering cohesion,” she said.

She also commended the community for the strides they have made over the past eight years and urged them to continue moving forward with hope. This tragedy, Minister Ally said, is not only a reminder of what occurred in one community, but it should serve as a note of caution that societies can experience real destruction when persons fail to comply with the rule of law, order and those norms and values which define a civil society.

Minister of Social Cohesion, Ms. Amna Ally delivering her address at the interfaith service to mark the eight anniversary of the Lusignan massacre.

‘Differences not a hindrance to cohesiveness’

Even as she expounded on the need for cohesive communities, Minister Ally said that although Guyana is a country with many races, cultures and traditions, these differences should not be a hindrance to cohesiveness. “We want to use these differences to build Guyana; we can pool our ideas, skills, talents and resources for the benefit of our country. There is no place for anyone in Guyana to think that his or her race, ethnic group, religion, culture and, so on, is better than another,” she said. This type of mentality will have an adverse effect on nationhood and nation building.

The Minister also commended the Indian Action Committee for organising the event, which has been held annually since the incident. “I am glad that this is an interfaith service, because it means that the IAC and those invited to participate understand the role of religion in promoting peace, healing and reconciliation in Guyana,” she told the gathering.

Meanwhile, Opposition Member of Parliament, Mr. Anil Nandlall, is his remarks, spoke of his expectations of the newly formed Ministry of Social Cohesion. Mr. Nandlall expressed hope that the many factors that may have contributed to the massacre, some of which still linger today, would be addressed forthwith. He too underscored the need for all members of society to cooperate to address problems in communities throughout the country.

Executive Member of the IAC, Mr. Neaz Subhan, expressed similar sentiments, even as he called on the community to remain resolute in hope as they continue to support each other and garner strength.

Before the close of the service, prayers and more words of encouragement were offered to the community by religious leaders of the three main religious groups in Guyana. 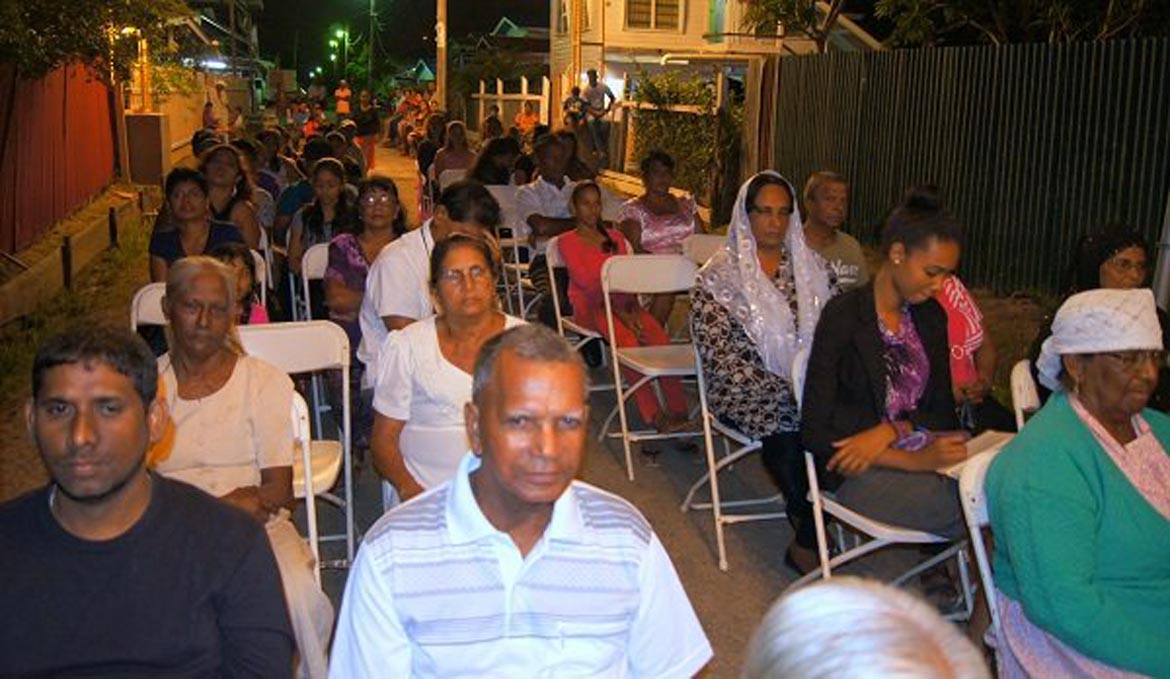 Residents attended the service to support to the survivors and relatives of the deceased.