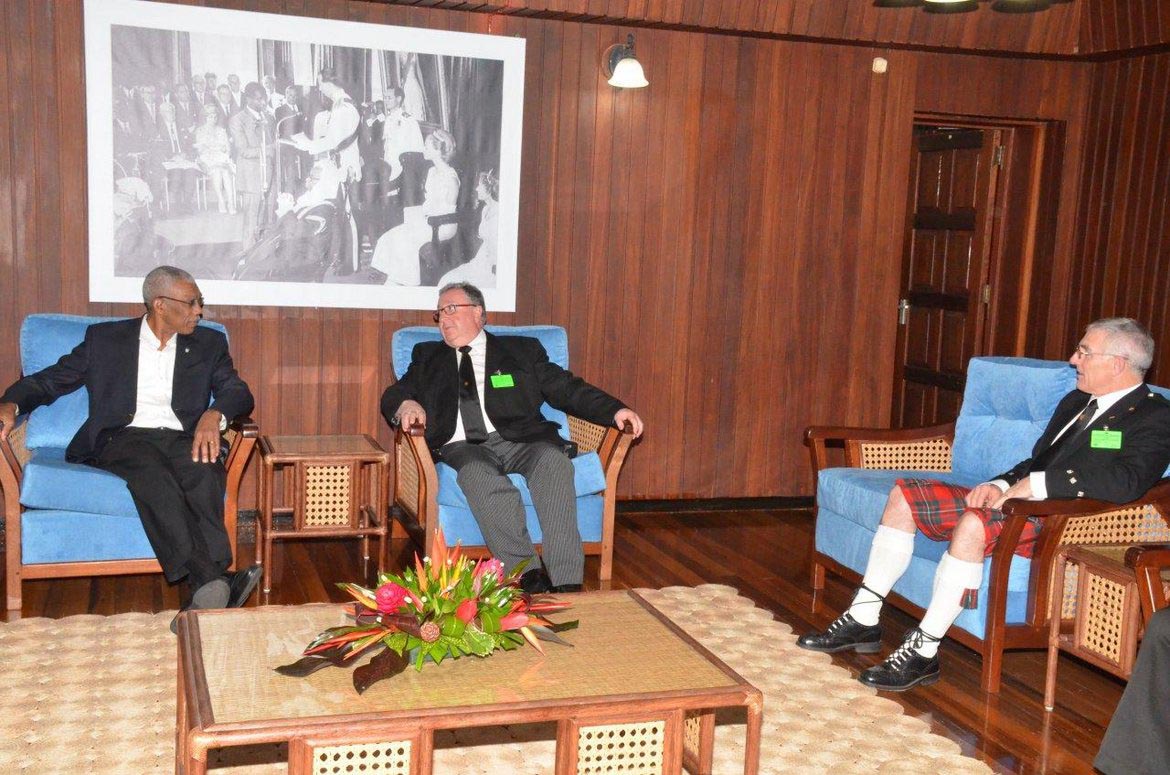 Georgetown, Guyana – (January 25, 2016) President David Granger was paid a courtesy call, this afternoon, by two Scottish dignitaries from the Grand Imperial Council of Scotland, who are here to mark the 10th anniversary of the Guyana Conclave.

The men were accompanied by members of the Guyana Conclave of this masonic organisation, when they met with the President at the Ministry of the Presidency.

In a very brief comment, the organisation’s Grand Sovereign, Mr. Stewart Wood, said that the Guyana Conclave is gearing up to celebrate its 10th anniversary and he and his colleague, Mr. Alexander McGregor, are here to join in the celebrations.

The Grand Imperial Council of Scotland is grounded on the teachings of Freemasonry, which is one of the world’s oldest secular fraternal societies which originated in Scotland. Freemasonry is open to men of many religions and it expects and encourages them to continue to follow their own faith.