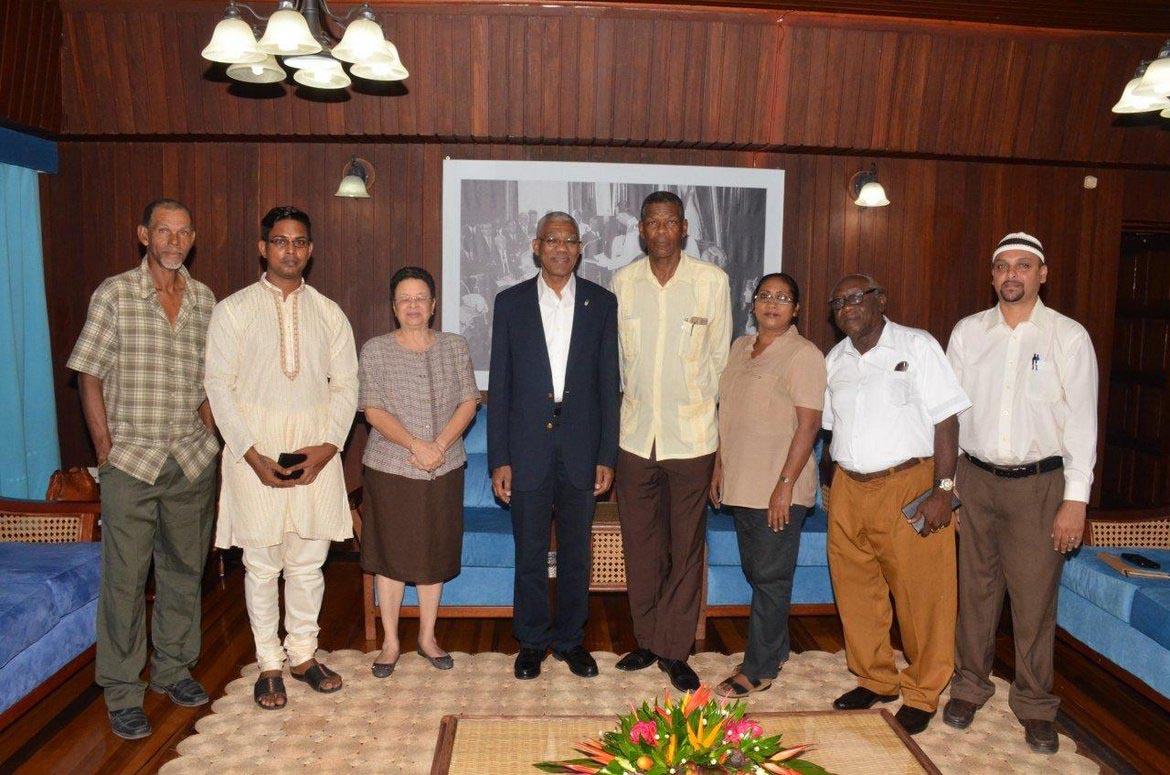 Georgetown, Guyana – (January 21, 2016) Members of the Inter-Religious Organisation of Guyana (IRO) paid a courtesy call on President David Granger, today, at the Ministry of the Presidency, to inform him of the activities that are planned to observe ‘World Interfaith Harmony Week’.

World Interfaith Week commences on February 1. It is a United Nations (UN) designated annual event that aims to promote harmony in a multi-cultural and multi-religious world. In a brief comment after the meeting, Chairman of the IRO, Rev. Ronald McGarrell, said the organisation plans to use this occasion to reiterate its call for tolerance, peace and unity.

“We’re calling on all the various religions to come together, find common ground to work together so that we can promote a culture of peace and harmony in our country,” he said.

McGarrell informed that this year’s observance will start with a State breakfast on February 1, at the Arthur Chung Convention Centre (ACCC). A tree-planting exercise, an essay competition and visits to schools have all been planned with a view to engaging young minds on the significance of peace and harmony.