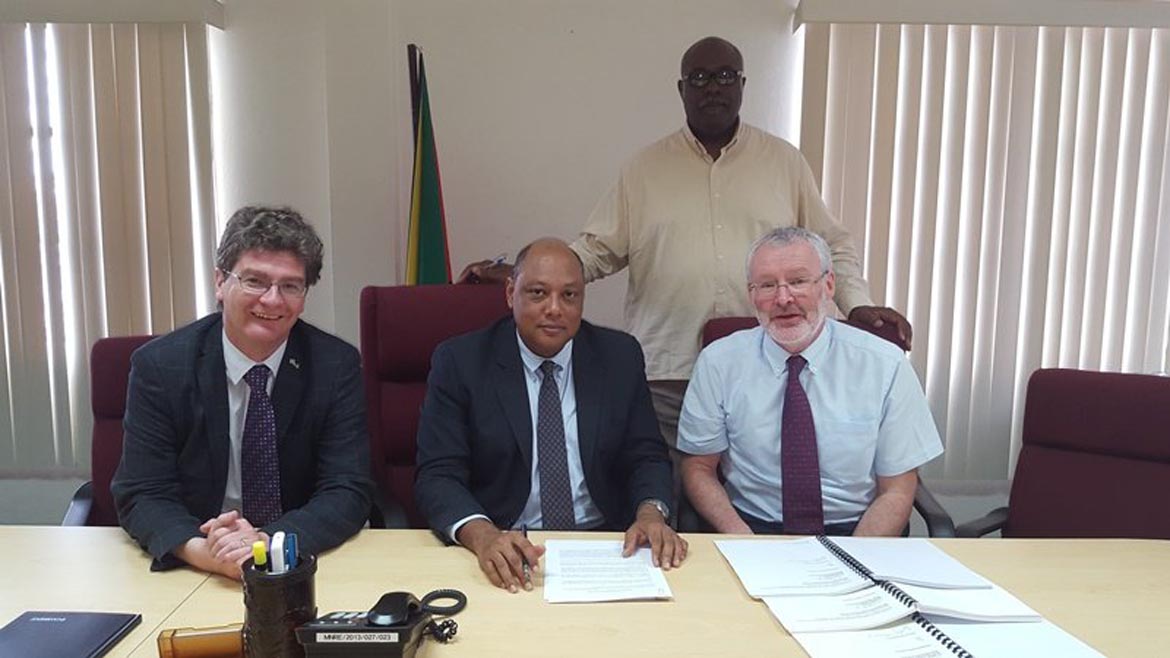 The agreement calls for a work programme involving a geological and geophysical evaluation which will inform a 3D seismic acquisition, all within the initial period of the license, which is ten years. John McKenna, Exploration & Business Unit Manager, South America and Colin Kinley, Eco’s Chief Operating Officer, signed respectively for Tullow and Eco. British High Commissioner to Guyana, Mr. Greg Quinn also attended simple signing ceremony that marked the continuation of a longstanding partnership with Tullow and the Government of Guyana.

Tullow is a prominent company from the United Kingdom with operations in Africa and is currently in another joint venture with Repsol Exploracion Guyana Inc. in the adjacent Kanuku Block. Eco Atlantic is a junior independent company with Canadian origins.

Small contractors must benefit from 20% of all gov’t contracts