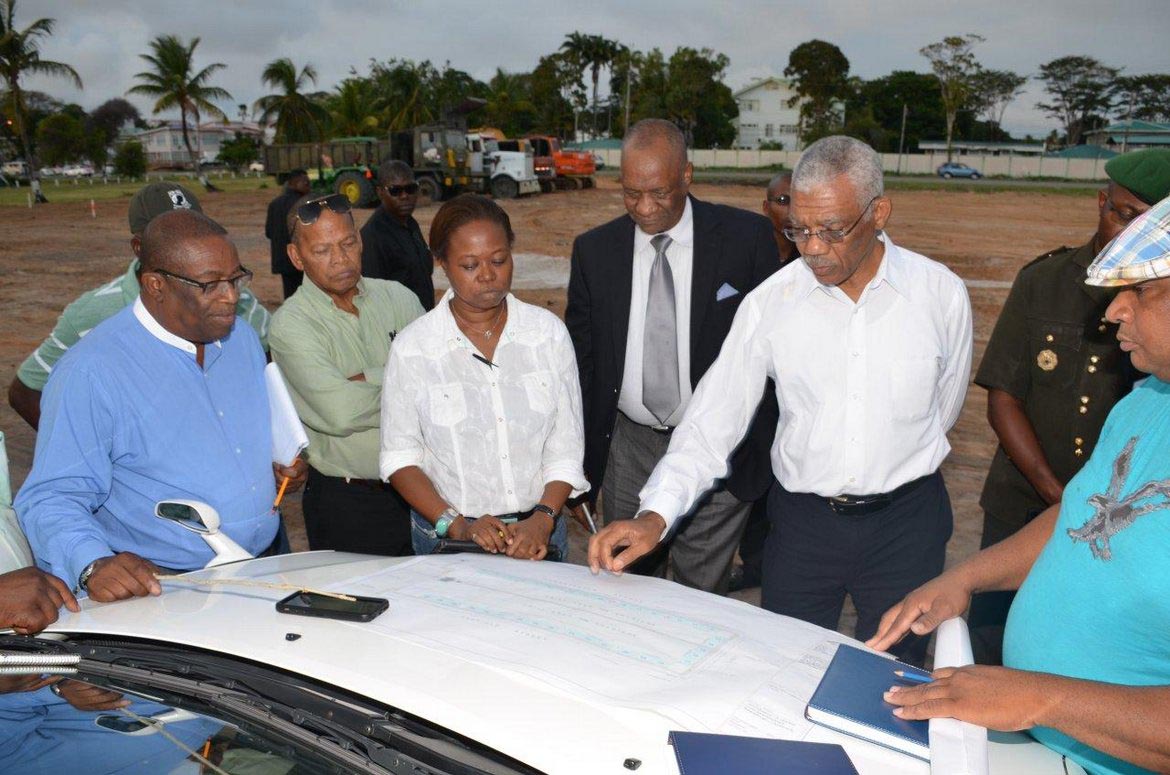 Georgetown, Guyana – (January 15, 2016) President David Granger and Minister of State, Joseph Harmon, this afternoon, made a brief stop at Durban Park, where work is on-going to transform the area into a multi-purpose recreational facility. The Park is being developed mainly for the benefit of South Georgetown residents but is expected to have the capacity to house major national events.

President Granger used the opportunity to look over plans and discuss the progress of work with Project Manager, Mr. Larry London. The President said that he looks forward to Durban Park, which will be equipped with an all-weather surface in some areas and flood lights, becoming a major public venue.

President Granger and Minister of State, Joseph Harmon look over the plans for Durban Park, this afternoon, during a visit to the site.  At far left is Project Manager, Mr. Larry London and Ministerial Advisor, Diaspora Affairs, Mr. Basil Blackman. 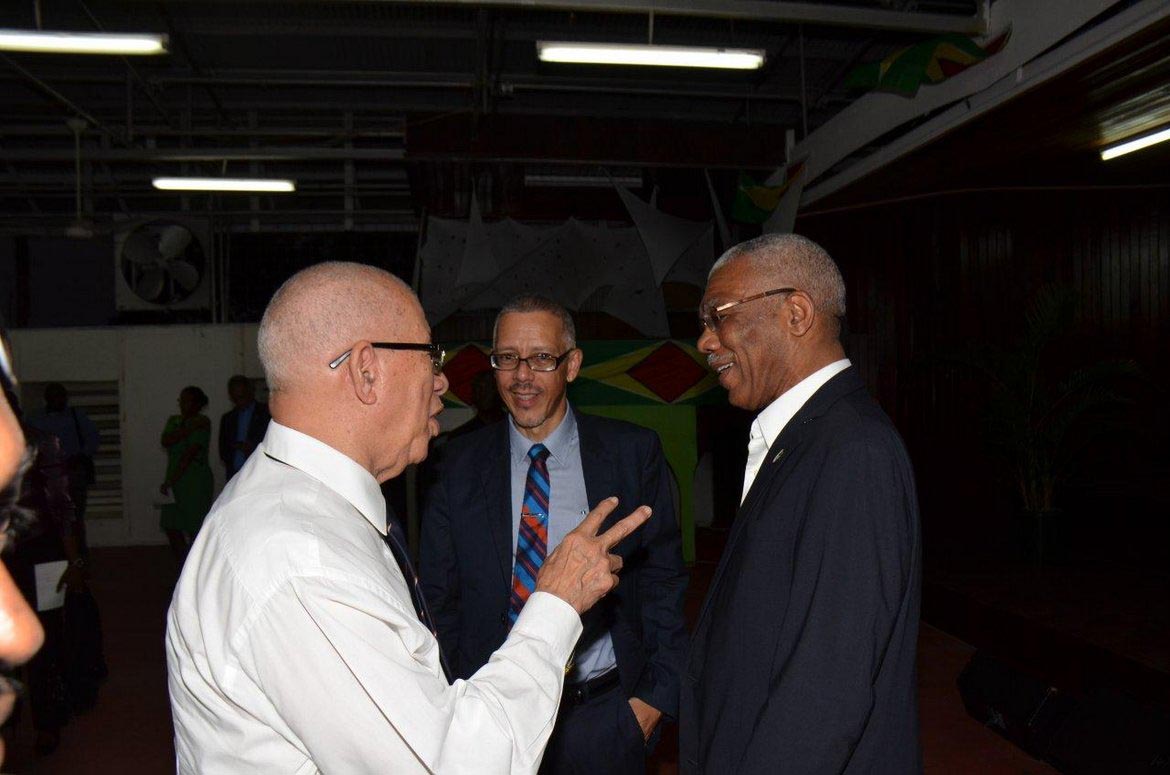 Work in Progress at Durban Park

Mr. London added that the first phase of work will be completed within five weeks but there will be a second phase, which will continue until mid-year. He said also that the venue, which will have a capacity of 30,000 persons; both seated and un-seated, will be able to accommodate literary events, concerts, sporting activities and major public events. 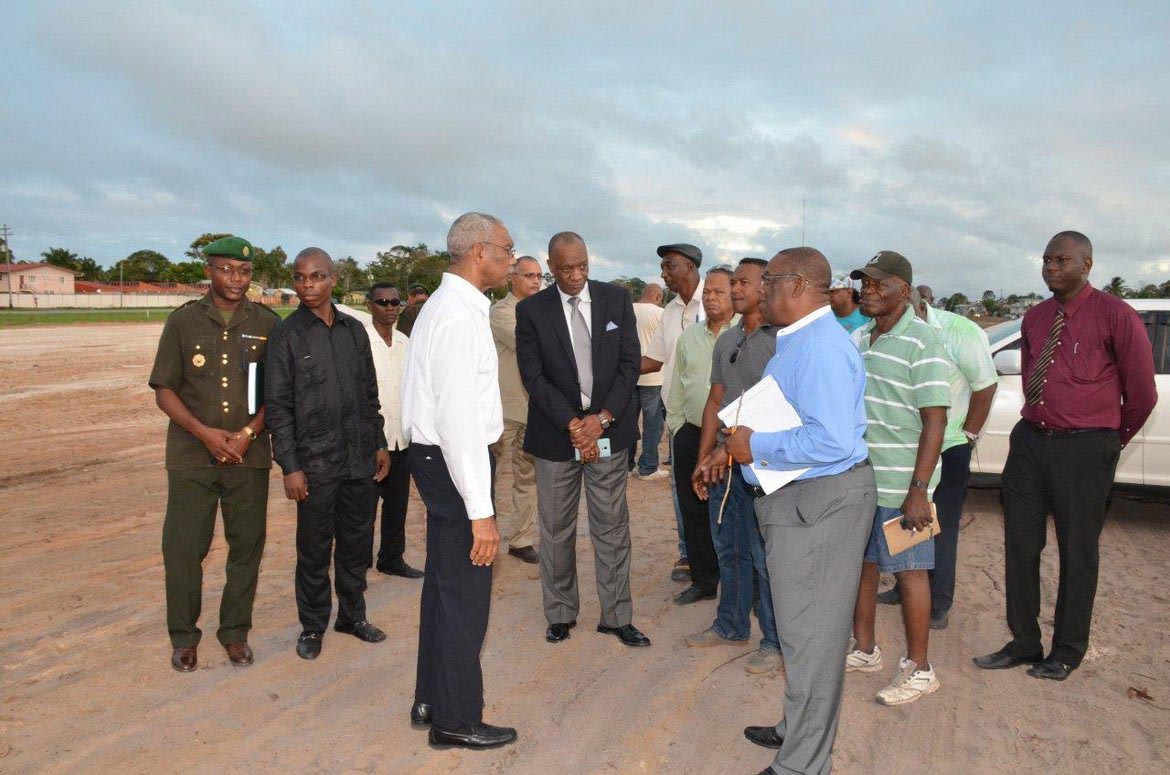