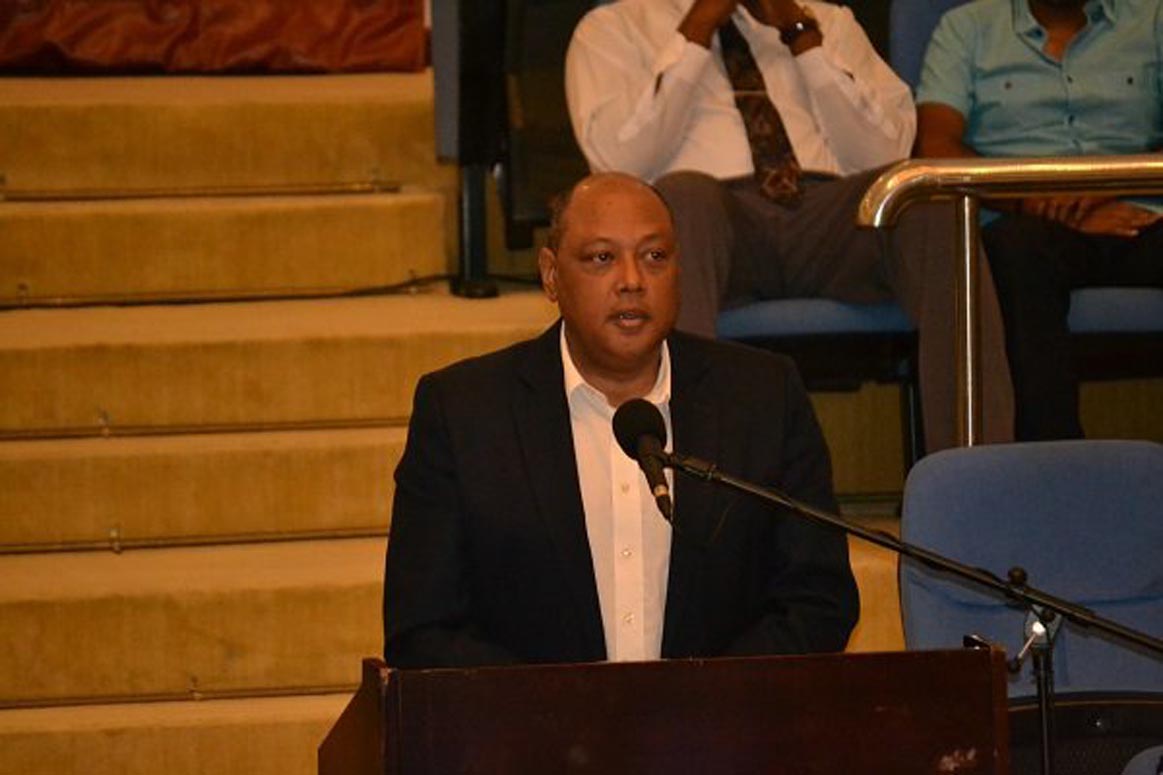 The Conference, organised by the Ministry in collaboration with the GGMC, provided a forum for small miners to talk to officials about the challenges stymieing their ability to ply their trade, with a view to crafting policies and legislation that will address them holistically. Minister Trotman noted that mining has been in the spotlight lately for all the wrong reasons and the forum aims to remedy the most pressing problems.

“It is for these reasons that the Government of Guyana is committed to working closely with all stakeholders in the mining sector to ensure that its continued contribution to the local economy is sustained. In this regard, the Government intends to fulfil its mandate in ensuring that miners – small, medium and large scale, can ply their trade to maintain their livelihoods and secure their fair share of Guyana’s national patrimony,” he said.

To this end, the Minister said that he has mandated the GGMC Board and the CAC to urgently release lands with known occurrences of minerals and accessibility to small scale miners in each of the six mining districts.

“The new administration is cognizant that many persons can acquire lands that are without any minerals or with occurrences too low to ensure viability. We are also aware of the significant amount of lands abandoned by medium-scale miners alone over the last year, for one reason or another; these lands are ideal for small-scale miners who are more likely to bear fruitful prospects. I, therefore, want to ensure that access to these lands is given to genuine small-scale miners who can … make effective use of [it] and more importantly, that this process be completed within three months,” Minister Trotman said.

Additionally, it is expected that with the transparent and equitable distribution of lands, the agency will also be required to provide infrastructural development, make mineral data available to the miners, provide technical support in recovery methods, provide support to ensure mine safety and occupational health, establish demonstration sites to train miners in best practices, provide geotechnical services and provide resolutions to land tenure disputes within the areas allocated.

According to the Minister, the Government will be making these provisions since it recognises that the traditional miner, with limited resources but with a quest to explore unchartered lands, has been the mainstay of the mining industry in Guyana.

“In the past, miners were primarily male, but this is now changing. Today we can find many women actively engaged in mining activities. In the past, the pork-knocker, as the itinerant miner was called, has been the pioneer to most major mineral finds. However, he has not had access to land and resources to develop the finds on a fair and transparent basis. In fact, whenever a significant find is made, the land was generally taken away and given to persons with resources to develop the mineral potential, and the pork-knocker would then have to begin the cycle all over again,” the Minister said.

In this vein, he commended the miners who make their declarations at the Guyana Gold Board, noting that while several large-scale mining companies came to Guyana last year, it was the small and medium- scale miners who accounted for approximately 411,000 ounces of the 451, 490 that was recorded.

“Last year alone, mining pit accidents resulted in a number of fatalities, the worst occurring at Mowasie, Region Eight, which claimed the lives of 11 miners. The Government of Guyana will not condone haphazard mining practices that put people’s lives at risk. One life is one too many, negligence is like suicide. Minister, the Honourable Simona Broomes has been tasked with the specific responsibilities: to oversee aspects of the occupational health, safety and protection of the rights of miners, workers and practitioners within the mining and forestry sectors; to ensure compliance by mining workers and practitioners, of the laws and regulations within the mining and forestry sectors,” he said.

Mining safety and environmental sustainability will, therefore, be a high priority for the regulatory agencies and the Ministry, Mr. Trotman said.

“The Mining Industry therefore needs to adhere to proper mining practices, which must be based on knowledge of what is in the ground. Systematic exploration allows us to determine the quantity of minerals available for exploitation and gives us a good idea as to what level of investment will allow us to make a profit after mining and reclamation work is done. This must become the standard by which the industry operates,” the Minister said.

Minister Trotman also encouraged the miners to explore for other less known minerals and stones, particularly now that gold prices have dropped on the world market.

Some of the issues which were raised by the miners included land titling, tax concessions, landlordism and the sloth of GGMC in dealing with issues under its purview.

The Minister assured the miners that a collective and swift approach will be taken in addressing the issues raised to bring relief.

Among those present at the Conference were Minister within the Ministry of Natural Resources, Ms. Simona Broomes, Minister of Indigenous Peoples’ Affairs, Mr. Sydney Allicock, incoming Chairman of the GGMC, Mr. Stanley Ming, acting Commissioner of the Newell Dennison, Commander of the Guyana Police Force’s ‘F’ Division, Ravindranauth Budhram, former President of the Guyana Gold and Diamond Miners’Association (GGDMA) Mr. Patrick Harding, representatives from the Ministry of Social Protection, the GGMC and the Guyana Gold Board (GGB).