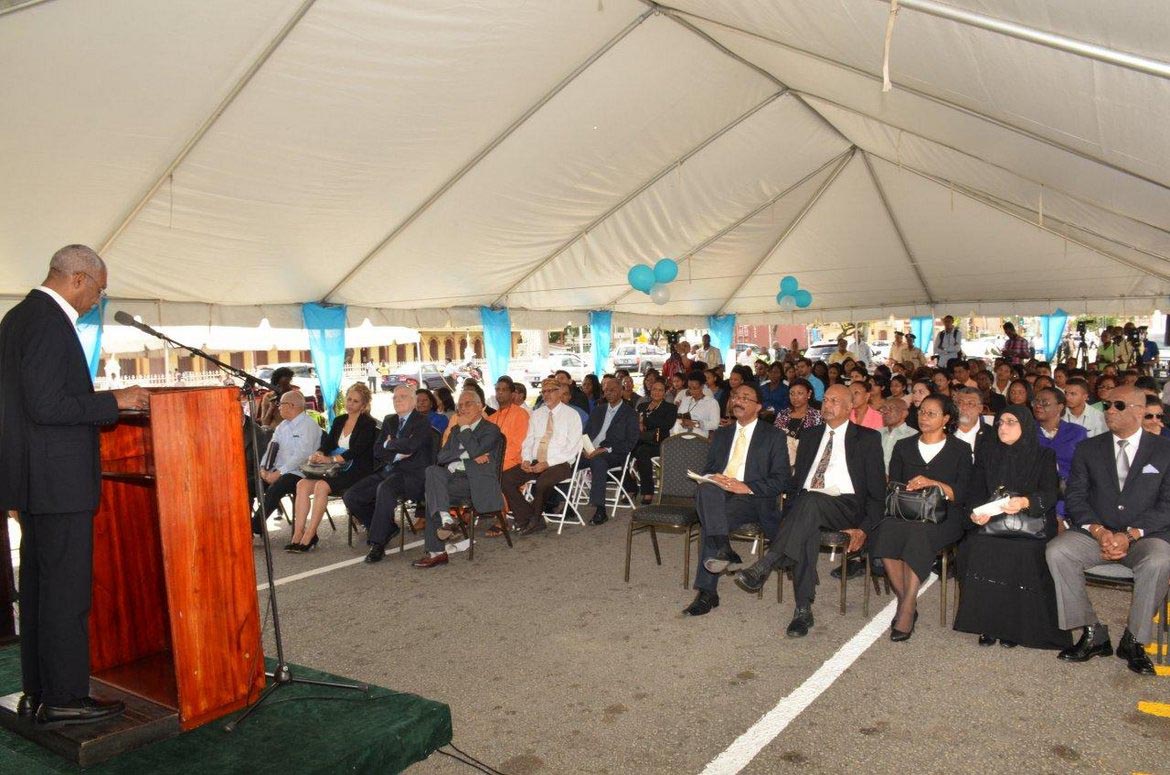 Georgetown, Guyana – (January 15, 2016) President David Granger said that the thrust to develop greater economic independence demands investments and an increase in the volume and rate of business transactions, which can only be achieved if “the impediments to investment and other forms of economic exchange are removed,” in his feature address, this morning, at the commissioning of the Lands and Commercial Registries.

The two registries are now housed in the former New Building Society (NBS) building on Avenue of the Republic. The delinking of the two registries and relocation to the NBS building is part of a wider project to ensure a modern, legal, administrative system that is being funded by the Inter-American Development Bank (IDB).

President Granger said that these two registries, as constituent elements of the national legal administrative architecture, support an essential economic function; noting that they create, preserve and aid in the enforcement of property rights. Additionally, this important office is responsible for the registration of business names, trademarks, patents and bill of sales, all supporting the creation and protection of property rights, including intellectual property rights.

With regards to property rights, the Head of State said that the defining features of market economies are the right to own property, to have exclusive use of said property, and the right to transfer, trade or sell. Moreover, Commercial and Land Registries play an important role in the smooth functioning of markets by ensuring formal legal ownership, transfer and enforceability of property rights, he said. 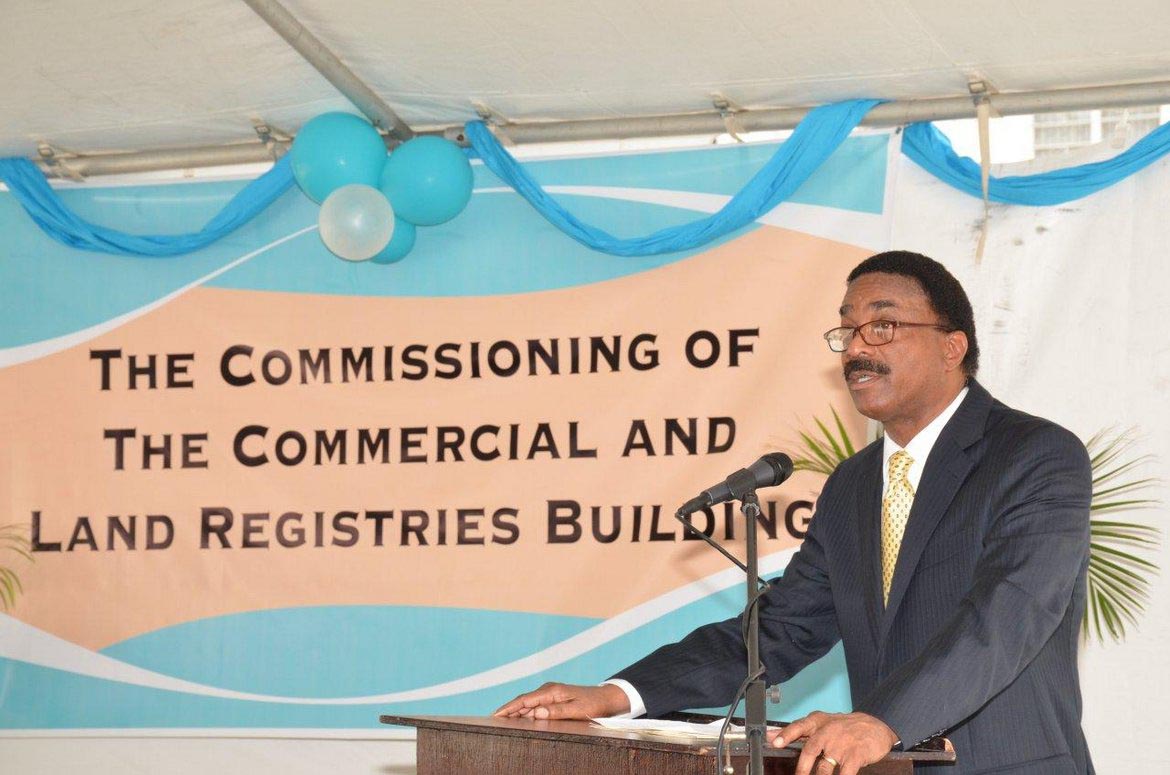 Attorney General and Minister of Legal Affairs, Basil Williams, during his address at the Commissioning of the Commercial and Land Registries Building this morning.

The absence of formal property rights, on the other hand, distorts the efficient functioning of markets and serves as a disincentive to production and consumption and exchange, the essential functions of market economies.

“The success of our thrust towards greater economic independence will depend on our ability to compete with the rest of the Caribbean, the Continent and the world, in the goods we produce and the services we provide. Our competiveness will be enhanced by a legal administrative system dedicated to the facilitating the creation, protection and enforcement of property rights,” President Granger said.

He further said that property rights must be supported by an administrative system that is characterised by trained, competent and ‘unbribable’ staff, efficient and friendly services and a highly computerised system. 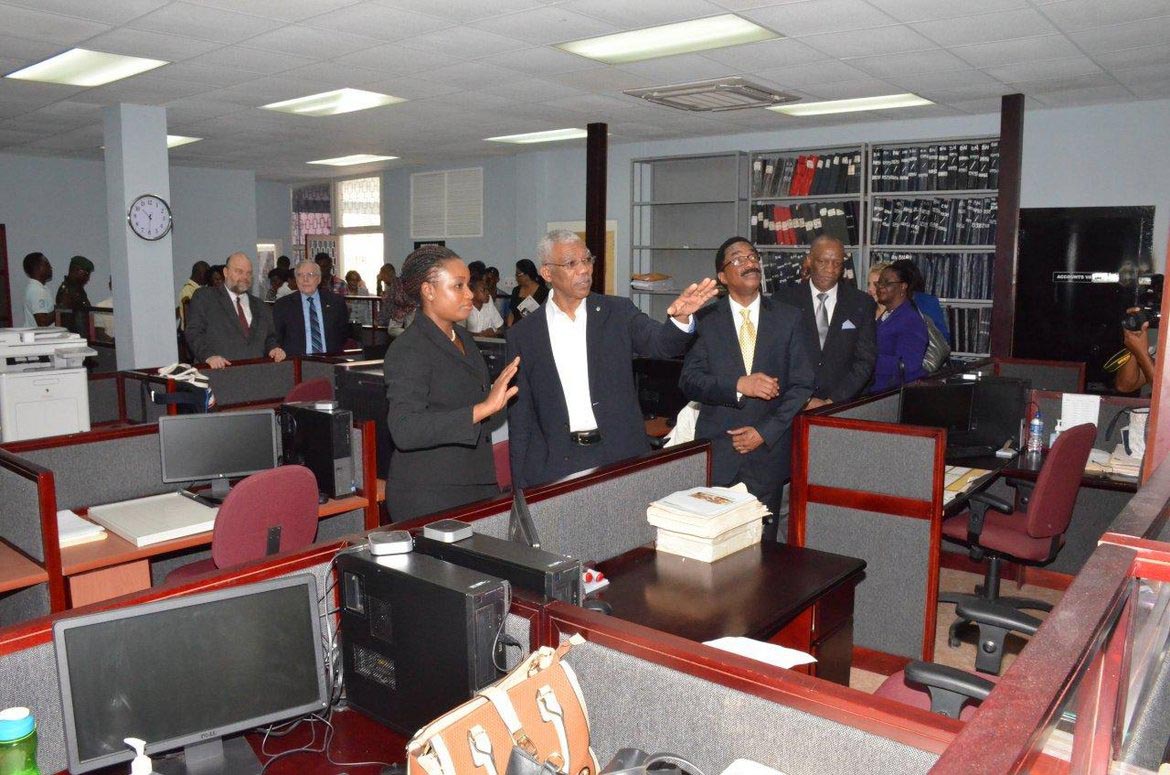 “Our land and commercial laws must be updated to take account of new forms of property. Our copyright laws must be modernized to provide protection to our producers, artists and artistes. We must not fall further behind the rest of the world,” the President said.

Meanwhile, Attorney General and Minister of Legal Affairs, Mr. Basil Williams, in his remarks, said that this development will facilitate business and encourage investments, which are key to the Government’s overall development thrust.

He explained that Government wants to ensure that business owners are not strained or hamstrung by processes that frustrate efforts and cause them to take their investment elsewhere. “I am very confident that these two registries would benefit the people of Guyana and contribute to the welfare, wellbeing, and the good life for the Guyanese people,” the Attorney General said.

IDB Representative, Ms. Sophie Makonnen conveyed that the opening of this facility will serve as impetus for higher levels of investment and generate employment. She also said that this move is in keeping with the changing demands of the commercial architecture across Guyana. 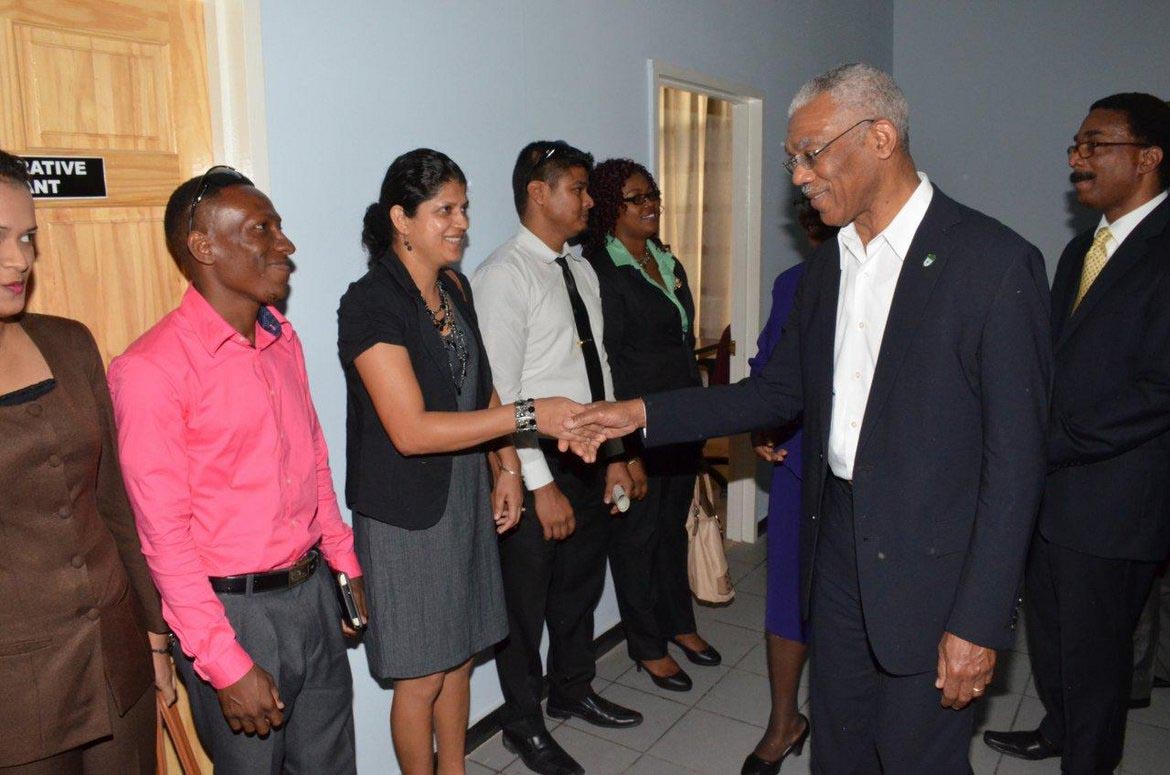 President Granger greets the staff of the Land Registry

Speaking on behalf of the Guyana Bar Association, Attorney-at-Law, Mr. Christopher Ram reminded the gathering that registries perform a vital role in the legal life of a society, as they are the repositories and guardians of legal documents and are the facilitators and protectors of the public interest.

“…Matters of property titles are protected in our Constitution and are very important to …the rule of law,” Mr. Ram said.

He also challenged the registrars of the two registries and the Attorney General to ensure that the operations of this office are computerised and made accessible online; adding that today, old ledgers and their portfolios are only good for museums of antiquity.

In addition, Head of the Private Sector Commission (PSC), Mr. Norman McLean said that with the growth of businesses in Guyana there is need to make this unit more sustainable and efficient in the way it provides its legal obligations.

“The Private Sector Commission therefore lauds the efforts made by the establishment of these registries so that our business sector can enjoy more modern facilities…we welcome this initiative being rolled out in other regions as well,” Mr. McLean said.