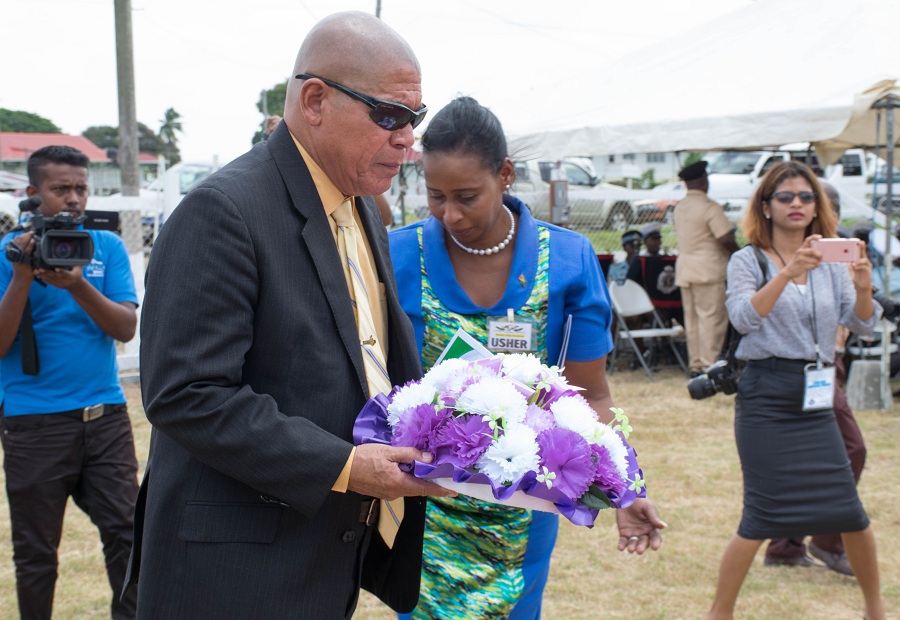 Minister of Natural Resources, Mr. Raphael Trotman also attended the meeting, which was held this morning at the Ministry of the Presidency.

In a brief comment after the engagement, REPSOL’s Latin America Exploration Director, Mr. Mikel Erquiaga explained that the company has to drill a well, but had been delayed by several stumbling blocks, including its legal battle with CGX Energy Incorporated in 2012 over exploration activities in the Georgetown Block. This matter was resolved 2014.

REPSOL needs an extension to complete the necessary preparatory work for drilling to begin.

“We want a short extension in order to continue working in the Block and eventually drill a well,” Mr. Erquiaga said.

REPSOL, which is based in Spain, is one of the first oil companies to discover oil in Guyana. It commenced drilling in 2012 at the Jaguar-1 well and discovered the presence of hydrocarbons.