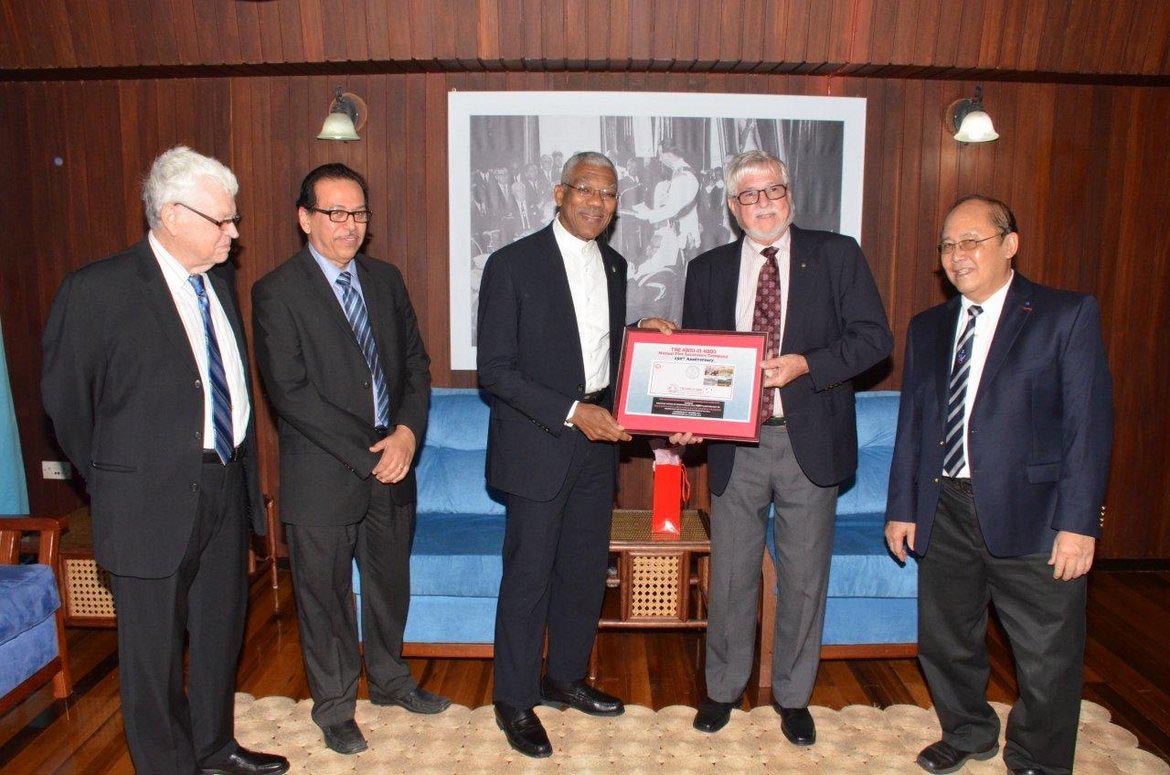 Georgetown, Guyana – (January 13, 2016) President David Granger, today, received a copy of a book that chronicles the history of cricket in Guyana from members of the Board of Directors of the Hand-in-Hand Group of Companies, during a meeting at the Ministry of the Presidency.

The book is a legacy project undertaken by the company to commemorate of its 150th anniversary.

Renowned Caribbean writer, Mr. Ian McDonald, explained that cricket is an important part of Guyanese history and culture and as such, the company felt that this book, “Hand-in-Hand History of Cricket in Guyana 1865-1897”, would be an apt tribute, not only to the game, but to all Guyanese.

“I think it is probably the only time such a comprehensive history of cricket [has been] written from an individual West Indian country. So it is a very distinguished book and the Board of Hand-in-Hand is hoping that it contributes to the history of Guyana for a very long time to come… We are proud of this legacy project and we hope that the Guyanese people will be too,” Mr. McDonald said.

Prominent Guyanese historian, Professor Clem Seecharan researched and wrote the book and a second volume is currently being worked on.

Mr. McDonald said that in researching the book, it was found that the first ever inter-colonial cricket match was played in Guyana at Parade Ground in 1865, the same year the Hand-in-Hand Fire Insurance Company was founded. That match was between the then British Guiana and Barbados.

The officials also presented the President with a collection of their 150th anniversary commemorative stamps, which were launched in October 2015.

President David Granger is presented with a collection of the Hand-in-Hand Group of Companies’ commemorative stamps by Mr. John Carpenter, while other members of the Board of Directors, Mr. Ian McDonald and Howard Cox (left) and Mr. Paul Chan-a-Sue (at extreme right) look on.