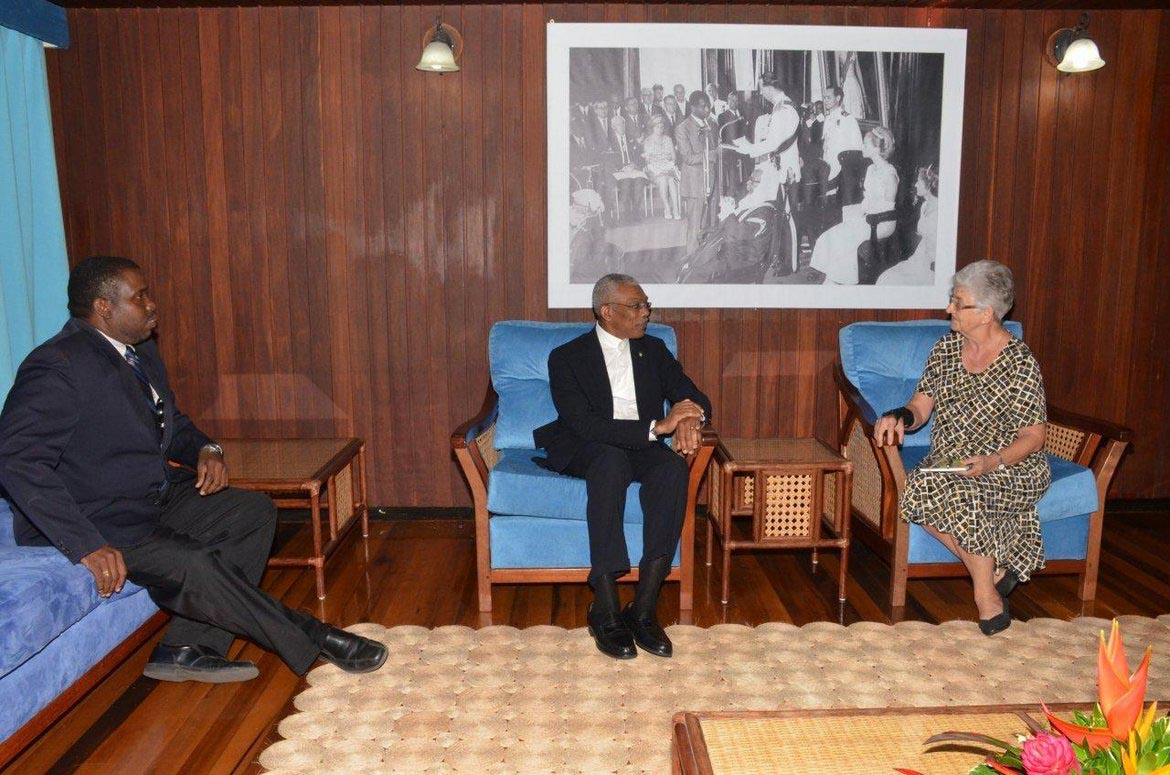 Georgetown, Guyana – (January 13, 2016) President David Granger has been invited by the Guyana Red Cross Society’s (GRCS) to become the patron of the organisation, during a meeting today, at the Ministry of the Presidency. The Society’s President, Mr. Teni Housty and its General Secretary, Ms. Dorothy Fraser attended that meeting and extended the invitation.

In a brief comment after the meeting, Mr. Housty said while the GRCS is an independent body it supports the State’s initiatives to address social issues. Currently, the GRCS is undertaking a programme geared at assisting residents of the Rupununi to deal with the impact of the prolonged drought the area has been experiencing.

Mr. Housty also said that the GRCS has a wide programme of activities that includes initiatives in health care, child protection and other areas. “We also deal with Meals on Wheels, the Red Cross Convalescent Home and other activities, which we know will be enhanced by the patronage of His Excellency,” he said.

In 1948 a branch of the British Red Cross was established in Guyana and in 1967, after Guyana gained its Independence, the Society’s name was changed to the Guyana Red Cross Society.

On February 21, the GRCS will be hosting a tea party on the lawns of State House.

President David Granger and President of the Guyana Red Cross Society (GRCS), Mr. Teni Housty, listen attentively to the Society’s General Secretary, Mrs. Dorothy Fraser, during a meeting today, at the Ministry of the Presidency.