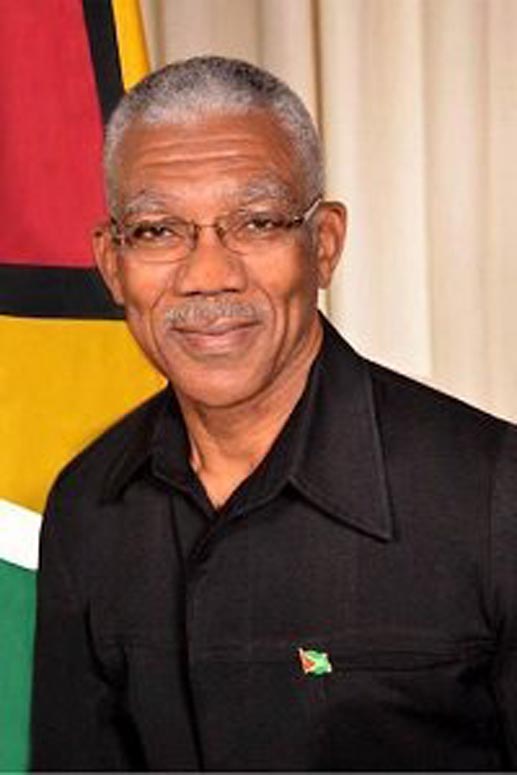 Georgetown, Guyana – (January 11, 2016) The Ministry of the Presidency (MOTP) condemns comments attributed to former Attorney General (AG), Anil Nandlall, published in the Stabroek News on January 11, 2016 in the headlined article, “Nandlall slams President’s ‘unlawful interference’ in Carifesta Avenue Collision”. The Ministry believes that this is a deliberate and iniquitous attempt to misconstrue President David Granger’s comments and thereby, mislead the public.

At no point has the Head of State interfered in either the conduct of the operation, which was led by Special Organised Crime Unit (SOCU), nor the investigations following the regretful loss of three lives. President Granger, in response to questions from reporters, who were at MOTP for the swearing in of Minister Valerie Adams-Patterson, indicated that while he is aware that there is an internal probe that will be conducted by the Guyana Defence Force (GDF), because of the death of Sergeant Robert Pyle, a determination for the need for a wider investigation would be advised on by the Chief of Staff of the GDF.

Responding to a question posed by News Source Journalist, Gordon Moseley, who asked, “Mr. President there is some concern, regarding the recent death of the GDF Officer on a special mission. Sir you are part of the Defence Board of course. Could you say whether or not there will be a move to have a full probe of the circumstances that may have led to his death,” President Granger said that he does not “see that there is need for a probe at the present time but if after discussions with the Chief of Staff he feels such a probe is justified” then such a probe would be conducted.

While the President said that at this point he saw no need for a wider probe, he did not rule it out nor did he advise or instruct either the Guyana Police Force (GPF) or the GDF on how they should proceed with their investigations.

During that same media engagement, the President went on to say that he is not involved in the operational use of the GPF or the GDF and these functions are vested in the Commissioner of Police by the Police Act and the Chief of Staff by the Defence Act, respectively.

“No politician gets involved in giving directives; operational directives to the Chief of Staff or to the Commissioner [of Police],” he said.

The President did not say at any time that there will be no investigation. Further, both the GPF and the GDF have investigating and reporting responsibilities in this unfortunate case as they would have with any other similar case.

The Ministry also finds the publishing of Nandlall’s comments by Stabroek News as unfortunate, as the President’s quoted comments never amounted to the content of his accusations, particularly since no effort was made to seek a response from the Head of State by the newspaper, thereby abrogating his right of reply.