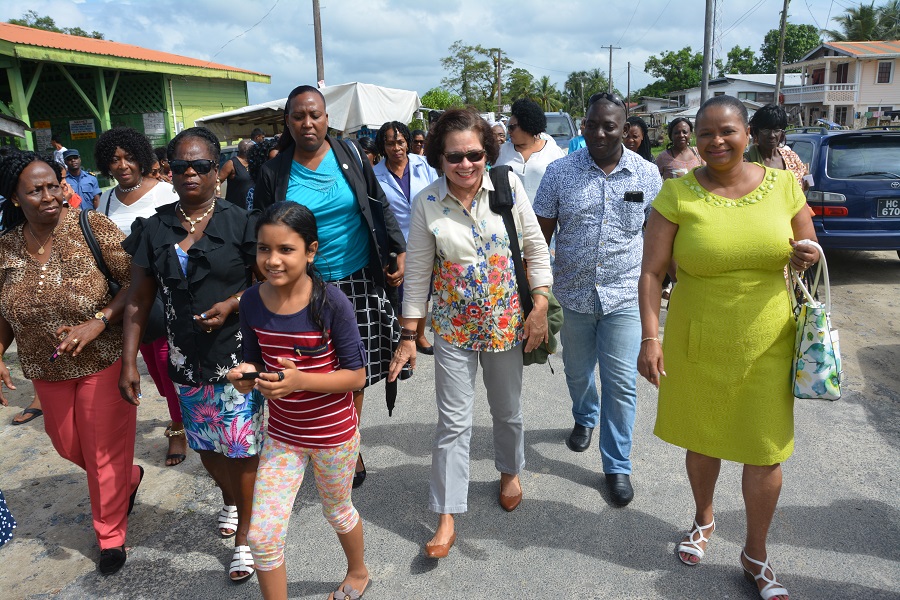 Georgetown, Guyana – (January 7, 2016) President David Granger, today, received a copy of the Holy Quran from Shaykh Faid Muhammad Said, an Islamic scholar from the United Kingdom, who is currently visiting Guyana under the auspices of the Central Islamic Organisation of Guyana (CIOG).

In accepting the holy book, President Granger thanked the scholar and the CIOG for continuing to extend the reach of Islam in Guyana.

“Ignorance of other people’s customs and beliefs is normally the source of conflict and once that is removed, people will understand that we are all one and there is no reason for us to fight each other,” the President said. 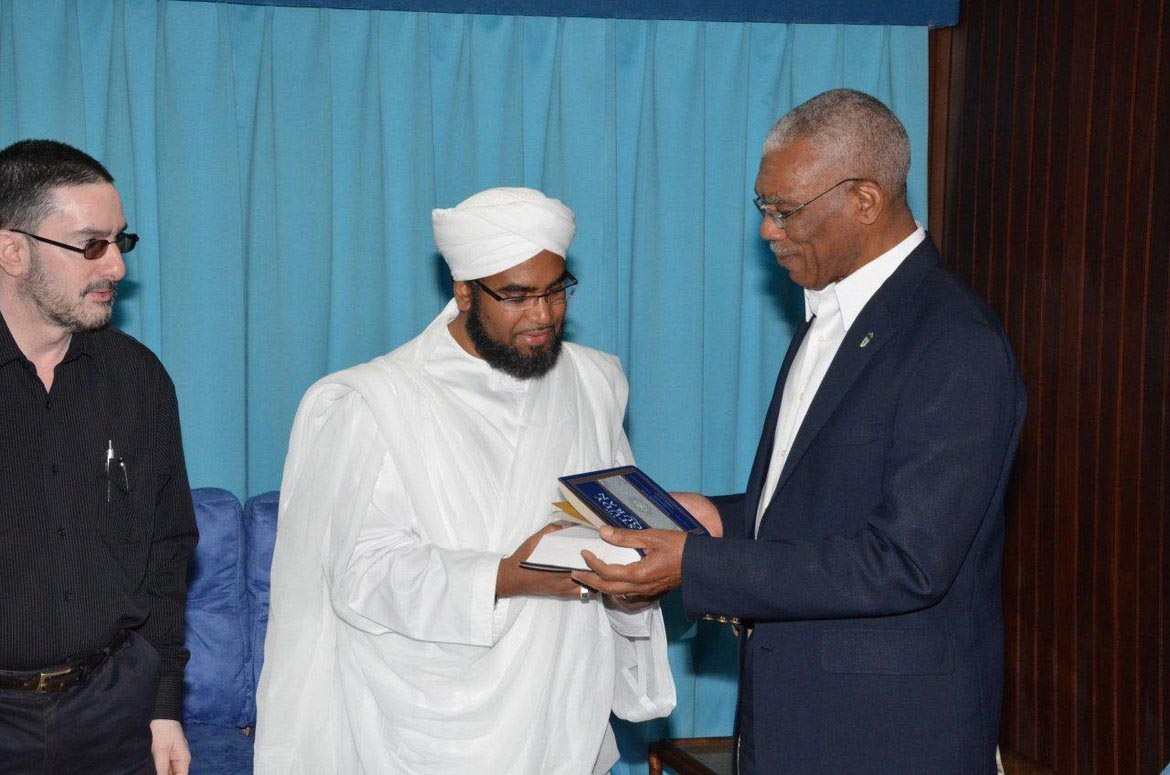 Shaykh Faid Muhammad Said handing over a copy of the Holy Quran to President Granger today.