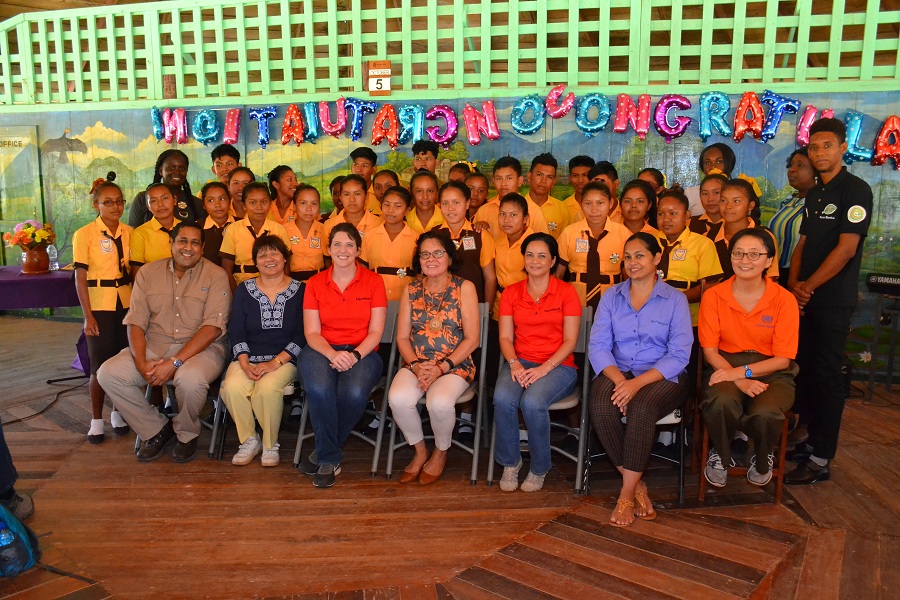 The outcome of the meeting is a plan of action, which will see Non-Governmental Organisations (NGOs), Religious organisations and other Civil Society organisations being engaged to work together with Government on a centralised approach to suicide prevention.

President Granger has indicated that he intends to have a hands on approach to addressing this issue and will be looking to implement a national programme that has measurable outcomes. During the meeting, the President was also updated on the implementation of Guyana’s National Suicide Prevention Strategy, launched by the Ministry of Public Health, last September, with a view to ramping up Government’s response to the on-going problem. In addition, the President was provided with updates on work being done within the other subject Ministries.

Earlier in the day, the President told two local journalists, during the weekly recording of the television programme, ‘The Public Interest’, that much more needs to be done and he intends to bring together international organisations and civil society organisations to ensure that all of the factors related to suicide are identified and addressed.

The Head of State said, “I am concerned as President that Guyana has a higher rate of suicide than other countries. It is not as though there is an average around the world and we are just average. We are above average and that is disturbing.”

The President affirmed that his Administration intends to do all that is possible especially since many of the victims of this scourge are young people in whose hands the country’s future lies. He explained too, that the circumstances and conditions under which people live needs to be examined to understand the underlying factors responsible for the high suicide rate.

“I intend to find out why we have so many suicides and once we identify those factors, try to use Governmental action and try to get the efforts of civil society and households to put this scourge to an end. We are above normal and I want to find out if its social, if its cultural, or if its economic and bring an end to it… we know what the disease is, let’s find out what the cures are,” the Head of State.