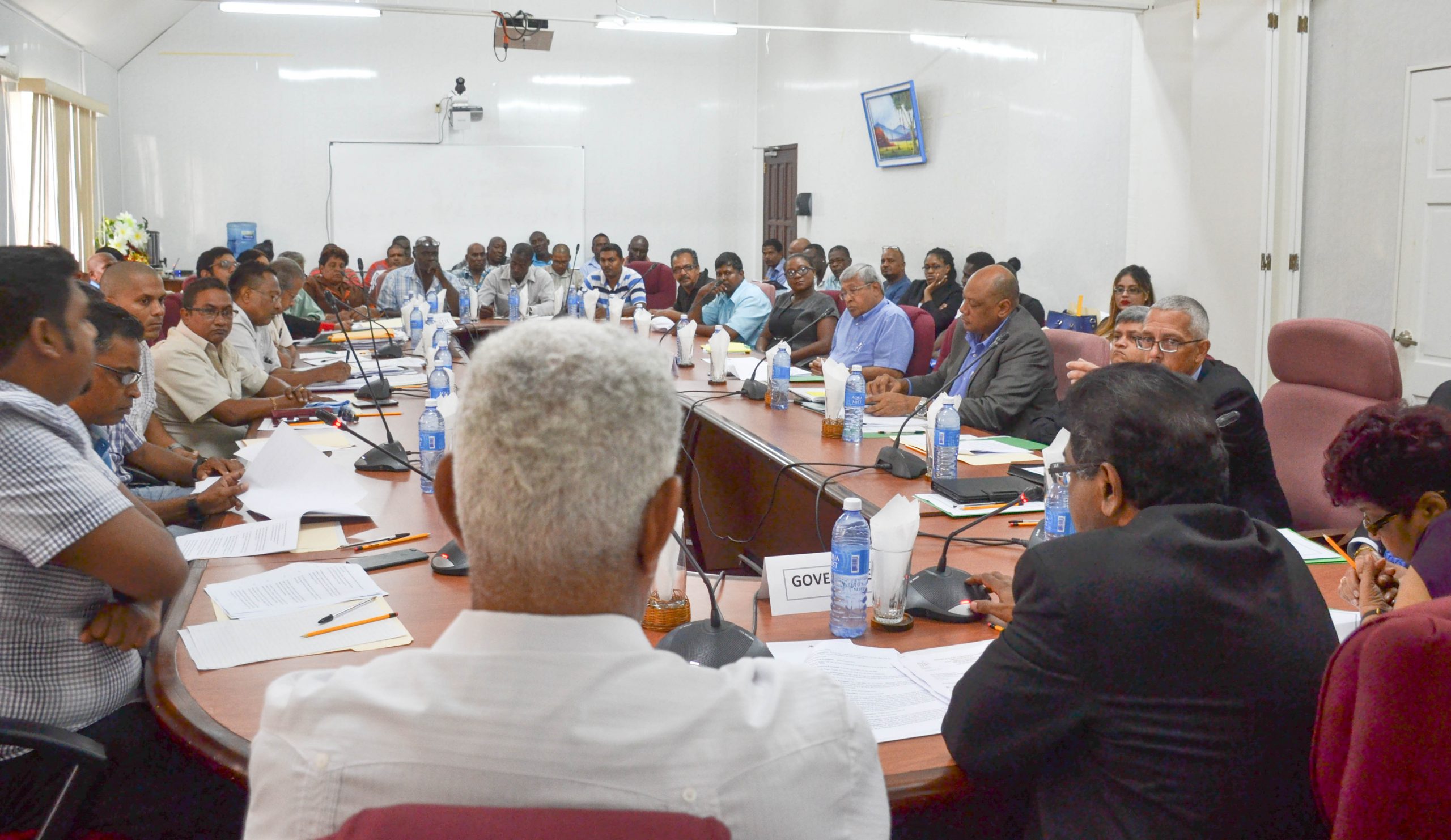 President David Granger, today, expressed Government’s full support for the United States oil and gas giant, ExxonMobil, after the company reported that it will continue exploratory work in Guyana, early in February.

President Granger said that the ExxonMobil President provided him with an overview of the company’s operations in Guyana.

“Exxon continues to be optimistic and positive. It is too soon to make predictions. They are still in exploratory stages, but what I can say is, so far, the results have been very favourable,” the President said.

Meanwhile, Mr. Greenlee said that with the expansion of the company’s operations in Guyana, it is necessary to provide an update to President Granger. He added that the company is likely to have a growing presence in Guyana in the coming months and indicated that he is confident in their ability to bring value to the country.

“I wanted to talk to the President about our progress on the [Stabroek] Block as we have gone out and acquired seismic data and are preparing for a second drilling campaign. We wanted to share with the President, our commitment to the project. We also wanted to update him on our future activities both on the discovery that we made and future exploration. Finally, I wanted to talk to him about some of the work that is getting underway on our community programs and socio-economic development opportunities,” Mr. Greenlee said.

According to him, the company was especially happy with the discovery made in Guyana and as such it remains committed to advancing exploratory work here.

“Last year, we made a discovery offshore Guyana and it is very promising… so we want to follow up with data collection, to understand the size and the commerciality of the discovery. We want to acquire new data so that we can fully assess the potential of the Block offshore Guyana for the value that it will bring to Guyana and ExxonMobil in the future,” he said.

ExxonMobil began oil and gas exploration in Guyana on March 5, 2015, drilling offshore in the Liza-1 well in the Stabroek Block. On May 20, the company announced that its exploration drill ship, the Deepwater Champion had made a significant oil find in the Block, about 120 nautical miles offshore Guyana.

Last month the company contracted the Fugro Americas, a multi-purpose vessel designed to conduct high resolution geophysical surveys and sea floor mapping. This is expected to continue until March 2016. Minister Trotman was given a tour of the 193 foot-long vessel and briefed on the technology being utilised to conduct the surveys, which will inform the company’s plans for the area.

President David Granger, and President of ExxonMobil, Mr. Stephen Greenlee, in discussion, during this morning’s meeting.