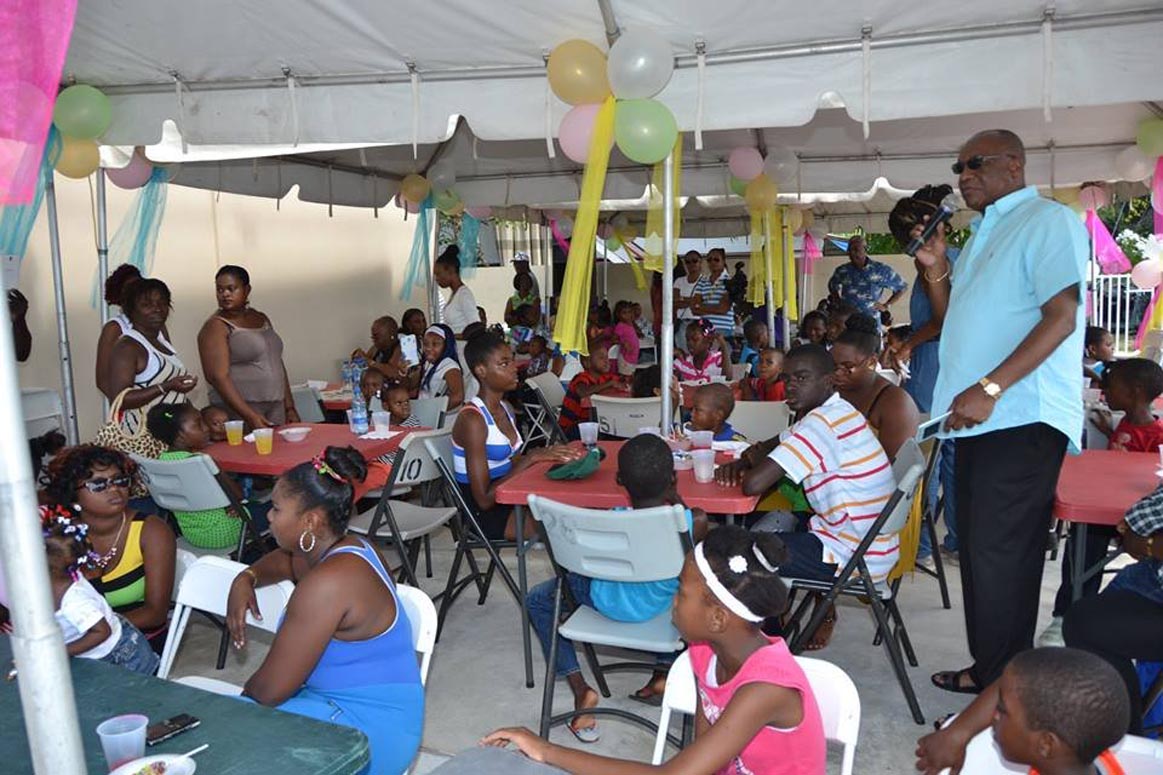 Georgetown, Guyana – (December 29, 2015) Minister of State, Hon. Joseph Harmon, in collaboration with his eldest daughter, Mrs. Daniele Harmon-Klien, on Sunday spread holiday cheer with more than 250 children of Phoenix Park, Pouderoyen, and other neighbouring communities on the West Bank Demerara, at a Christmas party held at the Minister’s home.

The children were delighted to receive meals, sweets and gifts to celebrate the season of giving.
The Minister noted that his childhood was spent in that area and as such, it was a way of giving back to the community. He further said that his daughter Daniele first hosted the Christmas party for children there nine years ago and it has now become a family tradition.

Minister Harmon extends Christmas greetings to the children treated to a Christmas party at his Phoenix Park residence.

“You have to give back. You have to remember your roots. When we started, there were about 50 children. Now we have grown to almost 250 and I think the community has benefited tremendously from this activity. The children are happy. They all enjoy it and look forward to it. When we embrace the spirit of giving, we want to engage and embrace every person in this community. I grew up here and I am just giving back,” Minister Harmon said.

Meanwhile, Mrs. Harmon-Klien, who is based in the United States, said that it was a joy to come back home for the holidays and to share with the community where her father spent his childhood. 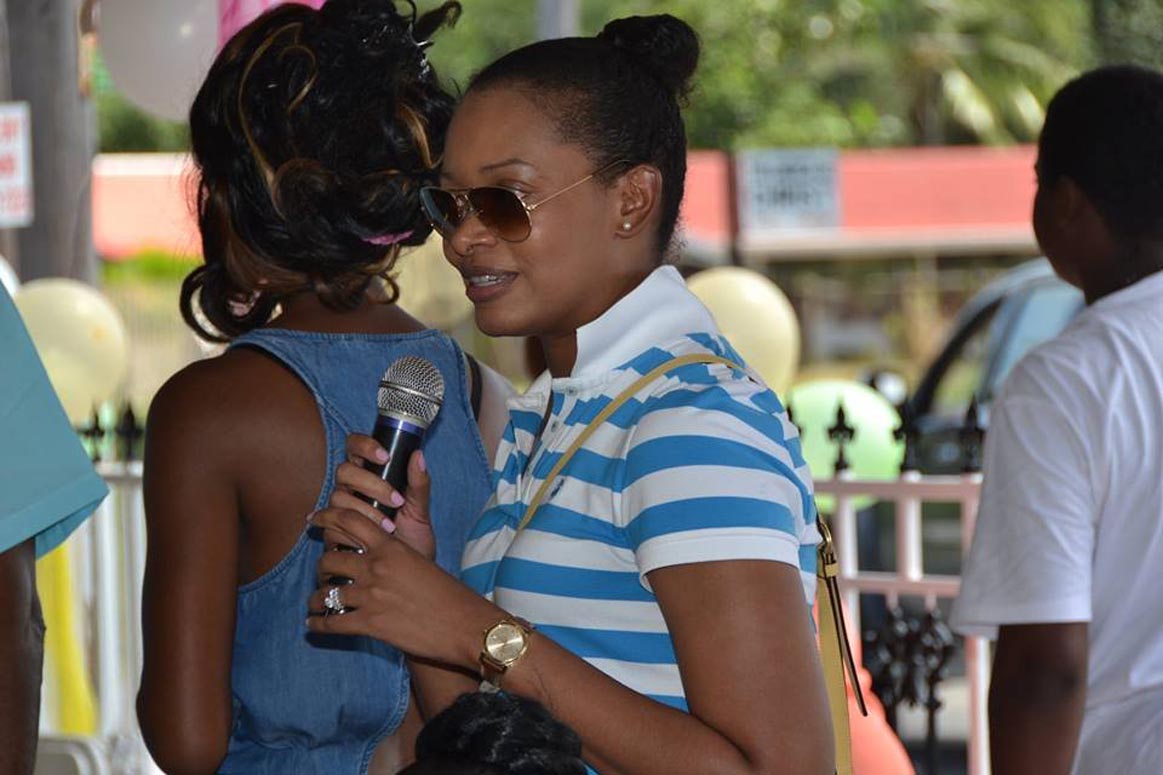 Mrs. Daniele Harmon-Klien, Minister Harmon’s eldest daughter and the co-host of the party

“My dad raised us to understand the value of everything that we have been blessed with, but we also understand where we came from… and so nine years ago, [I realised that] the stuff we get for Christmas are [things] we don’t need, so I asked my friends and family that instead of giving me presents, to contribute what they would like and I started this based on that,” she said.

Seven-year-old Badia Williams, who was at the party, excitedly said, “I am having fun here. I got toys and lots of candy.” 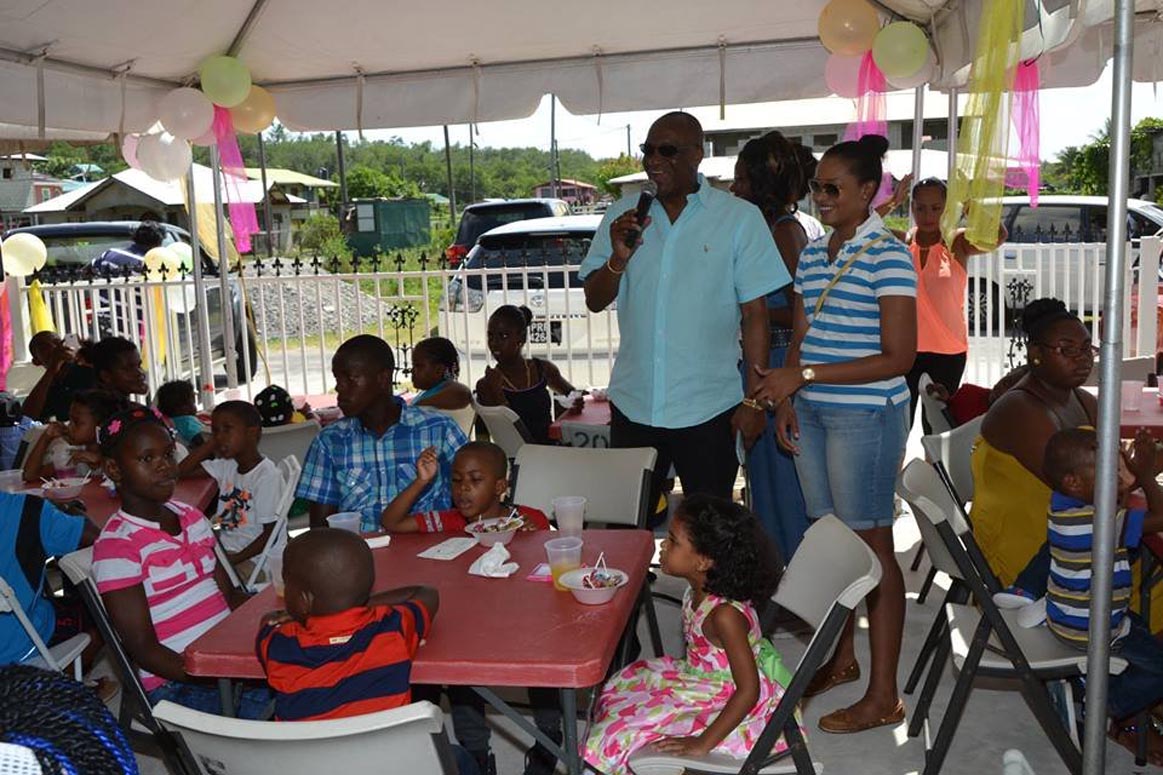 Minister Harmon and his daughter, Daniele share a light moment with the children