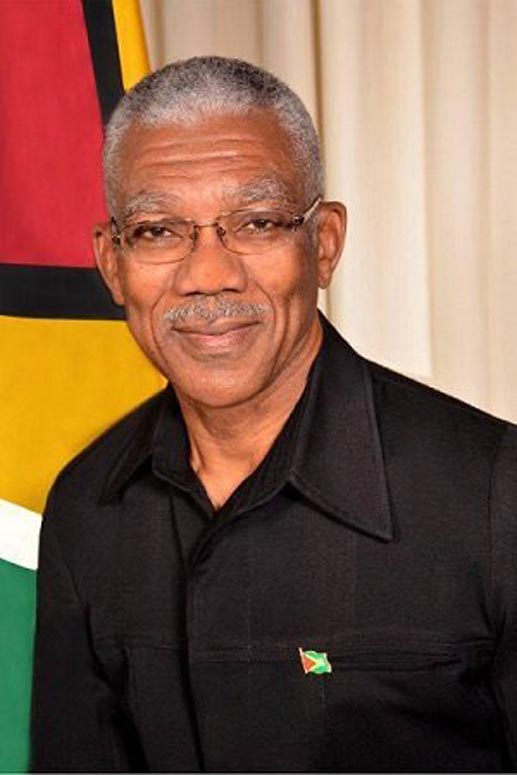 Georgetown, Guyana – (December 28, 2015) The Government of Guyana refutes the deliberately misleading headline of an article, which was carried in the Monday, December 28, 2015 edition of the Guyana Times. The headline, which was at odds with the actual content of the article published in that newspaper, states “No evidence of corruption against PPP/C – President Granger.”

Nowhere in the content of the article, nor in the source of the content, which was a recording of ‘The Public Interest’ aired on December 25 on the National Communications Network, does President Granger say or imply that there is no evidence of corruption against the People’s Progressive Party/Civic. The Ministry of the Presidency would like to categorically state that the headline has no basis in fact and was clearly designed to mislead the readers of that publication and calls for an immediate retraction.

During the recording of ‘The Public Interest’, responding to a question posed by Mr. Mondale Smith, a Journalist from Kaieteur News; “…will there ever come a time when people will be held accountable in the true sense of accountability for the things or the atrocities of the past, as it relates to especially to our finances?” The President said that there is a need for evidence to be first established before criminal charges and prosecution can follow.

This is the verbatim response provided by the President: “The answer is yes. There is a difference between anecdote and evidence. There is a difference between speculation and surmise and actually providing proof and sometimes people make allegations and you ask them for the evidence and there is no evidence to prove; that is why we have a Court system that is why we have a criminal justice system. If people were assumed to be guilty, simply because of a newspaper article or a letter to the editor, the country will be in chaos. So over the months since the new administration has been in office, we have been conducting some inquiries, some investigations, some audits and when there is sufficient evidence, which we feel establishes the blame-worthiness of the persons concerned, we will go to the Courts. In some instances, some people have been sent on leave to permit investigations to take place, but you can only go to the Court when you have evidence. We can’t go to the Courts and say, ‘look there is a letter to the Editor alleging that you did so and so’. We’ve got to get proof.”

As a follow-up to the first question, Mr. Smith then posed the question, “So your message to those who are a bit antsy as a result of all of those supposed exposé in the media quoting your Ministers of course, would be what exactly?”

The President responded saying: “When we get the evidence, we will embark on prosecution. We are not interested in condoning malpractice but sometimes the evidence has been concealed, sometimes the evidence is not there for us to see so we have to find out and that is what has been taking place. In the meantime, we have work to do. We have to run the country. We can’t spend all the time simply investigating, we’ve got to move the country forward so we are doing both at the same time. We are walking on two legs. We want to ensure that malpractices are brought to an end and there is no reoccurrence of any wrongdoing that has occurred in the past. At the same time we have got to provide a quality of governance to make sure that the country does not slip backward. So it will take time, it will take time but we are not unaware of the wrongdoings of the past. We were in the Opposition for three years and we ourselves made complaints. Now we’ve got to provide the evidence.”

While the Government of Guyana promotes and stands solidly in support of press freedom, the Ministry of the Presidency calls on the Guyana Times to pay attention to the ethics and responsibilities that ought to be observed in the profession of Journalism. Importantly, the media must take seriously its responsibility to provide accurate information to the members of the public.